Tokyo, September 1, 2020 — A host of FOR-A equipment was essential to coverage of the Arab world’s first interplanetary mission when the Mars-bound Hope Probe launched from the Tanegashima Space Center in Japan on July 19th. The probe successfully established two-way communication and is expected to reach Mars by February 2021. It marks the first time the UAE has orbited Mars, and the probe will stay in orbit for a Martian year — equivalent to 687 days on Earth — to gather data about Mars’ atmosphere. Eager to communicate such a critical part of the UAE’s growing space sector, live video signals from the launch were sent to control rooms in Japan and the UAE. 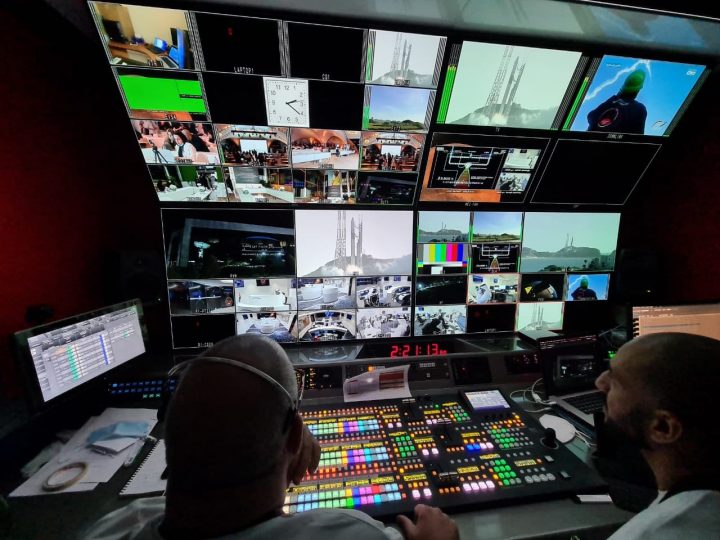 Inside Media Mania’s OB2 during the Hope Probe launch with FOR-A set up pictured, including FOR-A HVS-2000 switcher and MV-4200 multi-viewers.

FOR-A’s Gear Link virtual control software and TALM tally manager system were used for production control of the large-scale Mars mission. Several FOR-A FA-505 and FA-1010 multi-purpose signal processors on board the OB2 provided frame synchronization of feeds delivered all over the world.

“This was a historic event, and we didn’t want to miss a detail or lose the signal at any point. We set out to capture this launch with the highest possible quality while staying out of the way of the engineers and mission crew, which was particularly challenging, given current distancing requirements. We needed to run and install a lot of cables and remote cameras in the UAE control room to keep our crew to a minimum. We knew this coverage had to be nothing less than perfect.” said Roland Daou, Managing Director, Media Mania. “As a production facility and broadcast service company in the UAE, delivering the best product to our clients is our top priority,”

Media Mania was confident in its technology in OB2 given its long-standing relationship with FOR-A. “With OB trucks, you need to select the gear with the most function, best reputation, and smallest footprint. FOR-A are known for their technology and their after-sales support.” 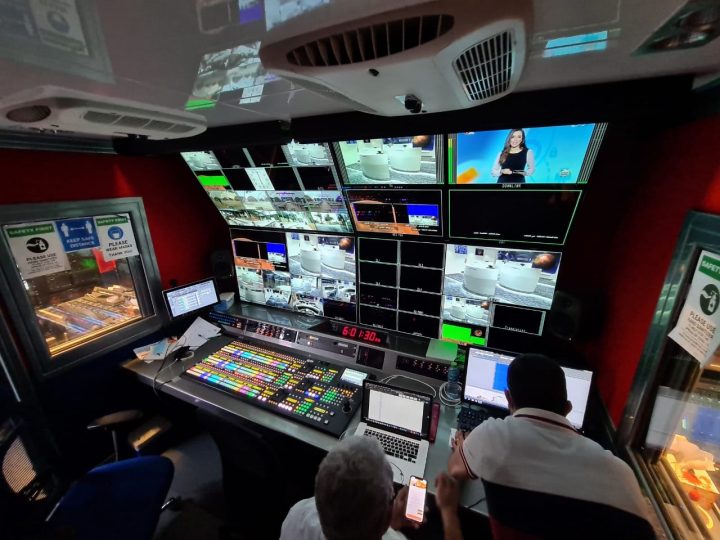 For a full range of HD and 4K production and processing solutions, as well as IP-based products, visit our web site at www.for-a.com.