Last Wednesday, Videofax in San Francisco hosted Arri’s Snehal Patel, who showed off Amira, “the new documentary-style camera” with the heart of an Alexa. 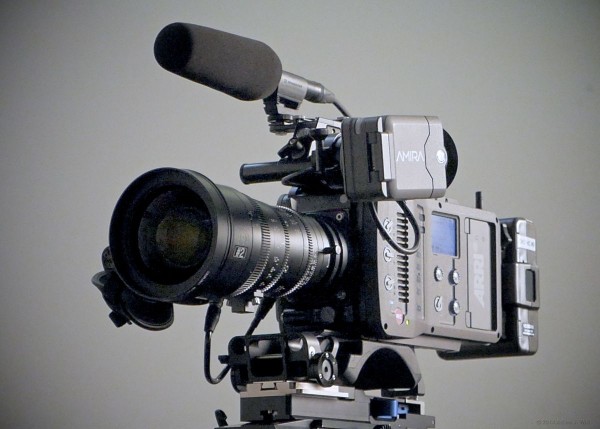 Arri Amira with Cabrio 19-90mm. Click any image for a larger version.

Amira is a tasty package: backlit physical switches and controls, so it’s tactile like a broadcast cam, though the switches don’t replicate broadcast-cam layouts. Audio setup on the right side, operational controls on the left side, so it’s optimized for a shooter to use unassisted. 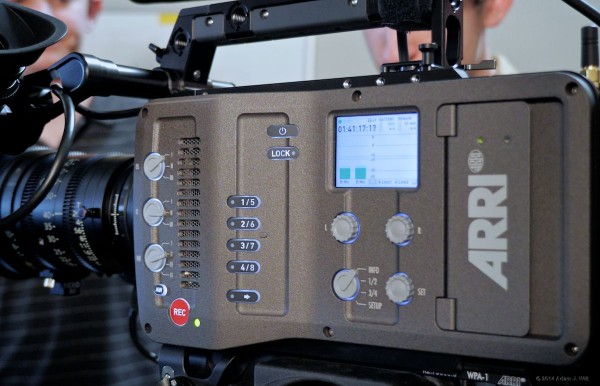 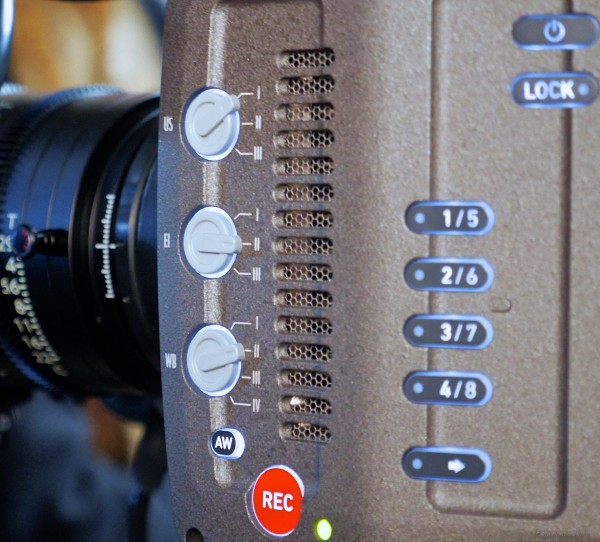 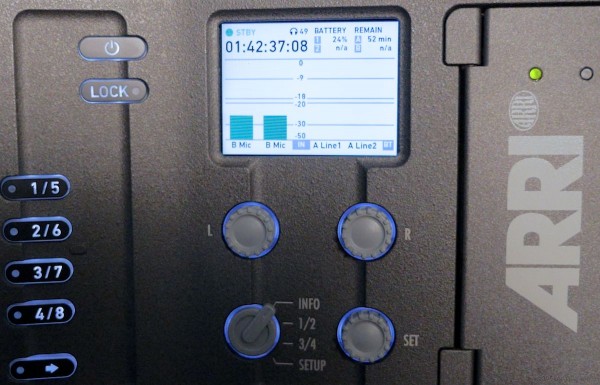 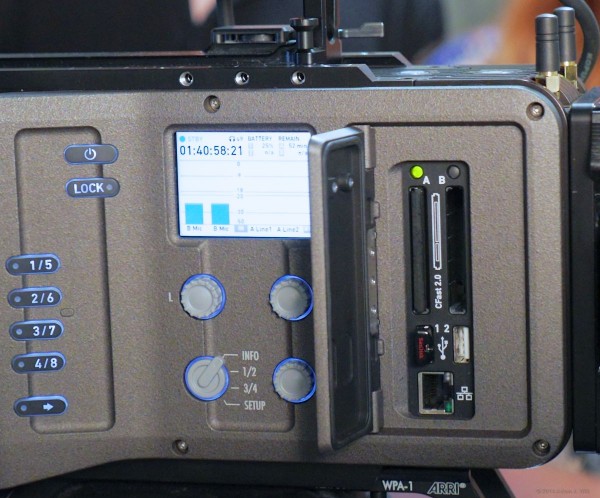 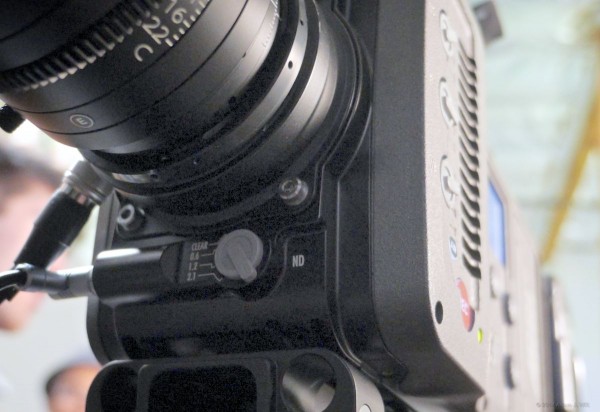 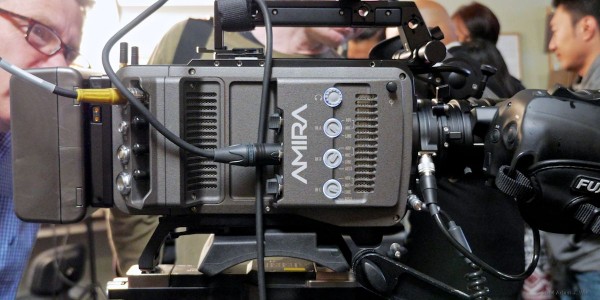 Audio-setup controls and connectors: two 3-pin XLRs plus one 5-pin XLR. Video I/O at the back. 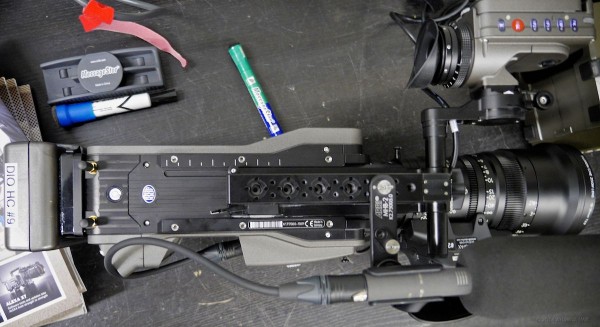 Excellent OLED EVF with flip-out LCD panel, configurable as either a menu display or a picture display, and with both backlit buttons and a side-mounted selector wheel for controls. This EVF/LCD panel assemblage allows full setup and control by the operator while the camera is resting on the shoulder, for a streamlined, uninterrupted workflow. 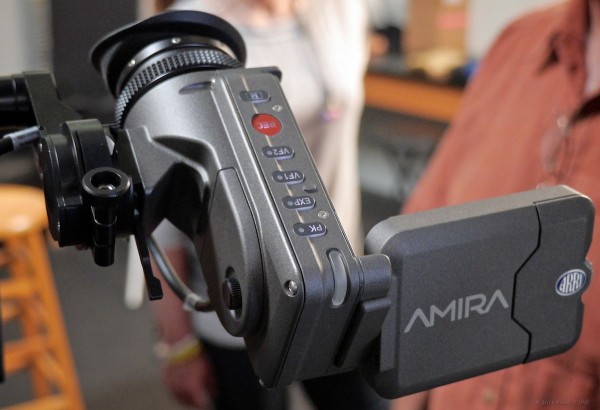 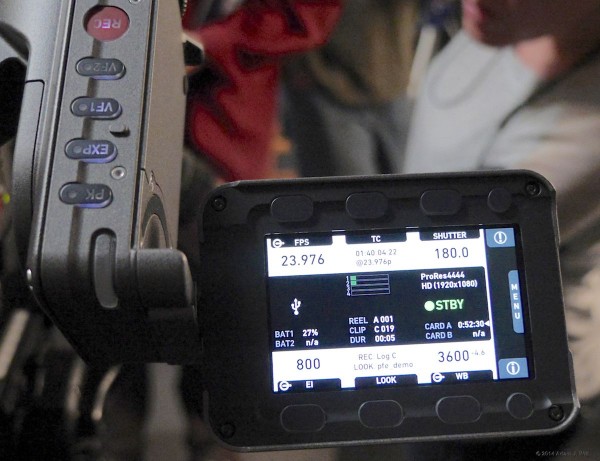 LCD can be flipped around. Note the buttons above, below screen. 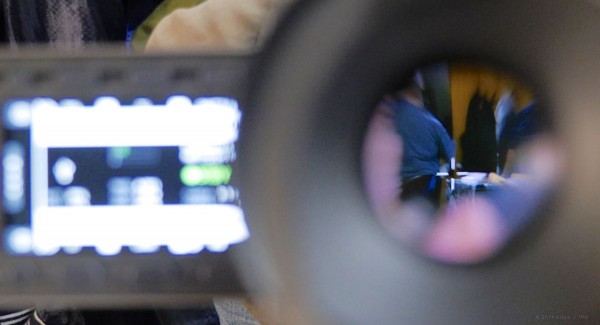 With an eye to the EVF, the LCD keeps camera menus available at a glance. 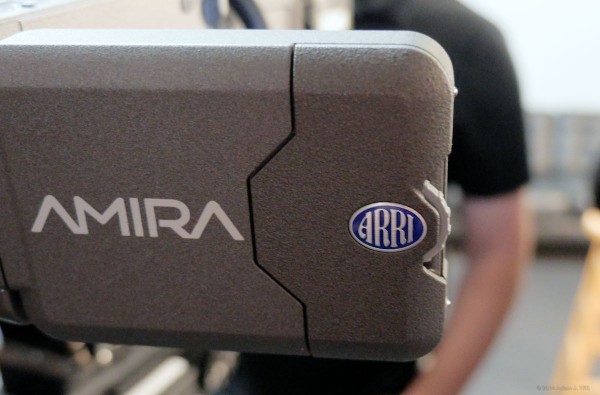 EVF mounts to top handle, which can slide back and forth a few inches. The shoulder pad also slides back and forth a few inches. Unlock both, and the camera/lens package can move while keeping EVF and shoulder pad in the same place, making for very flexible and wide-ranging balance adjustments. Videofax had the 19-90mm Cabrio on it and it balanced perfectly with room to spare; a 24-290mm Optimo would be a challenge (grin) but any sensible handheld lens should balance up without issues. 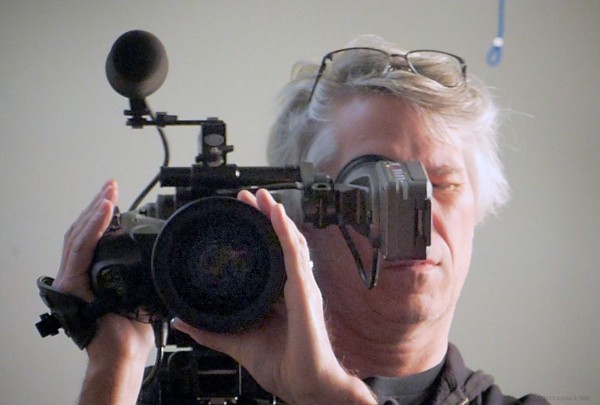 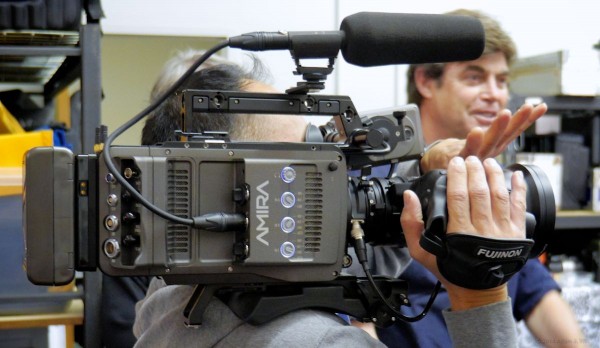 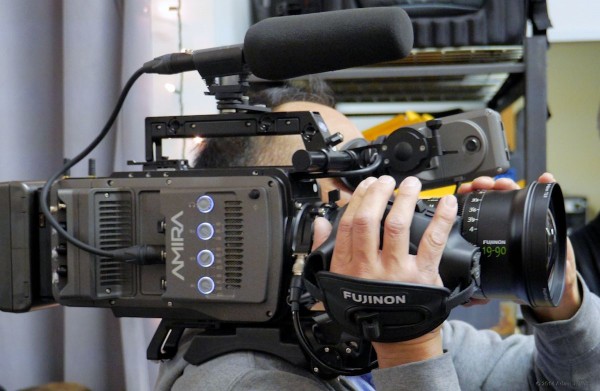 Compared to Alexa: no 4×3, no raw, no mirror shutter. Lighter (11 lbs for body, pad, handle, and EVF), and about half the power draw. Records on CFast cards instead of SxS. ProRes only.

Upgrades may be bought outright or licensed for 7 days at 10% of purchase price. So, if you’re shooting corporate standups most of the time, just get the basic package. If you then get a greenscreen gig, license 7 days of ProRes444 and 2K for repo; spend $2K and bill it to production (or that’s the theory, at least). Rental houses will probably just get the premium kit and be done with it. 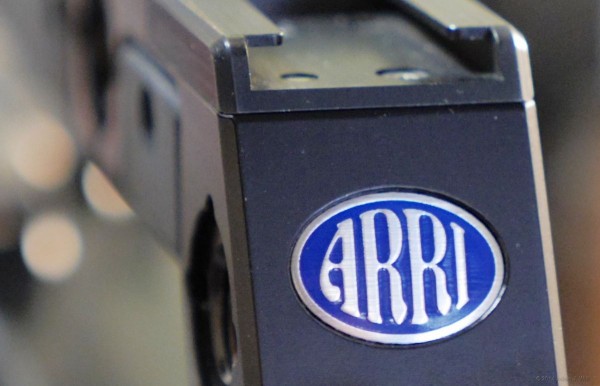 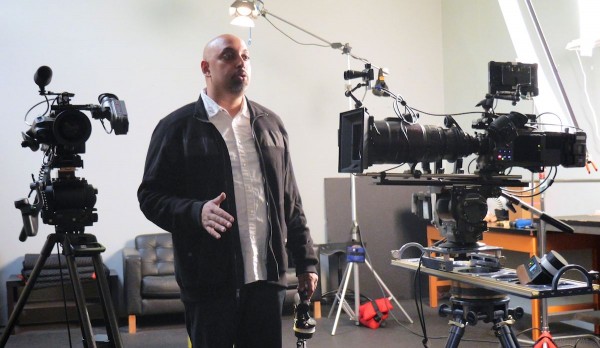 Assignable controls on the handset; can even split controls across two handsets on the same channel. Handset shows metadata including focus point, depth of field. With Arri’s UDM-1 ultrasonic rangefinder (Arri’s version of Cinetape), can even perform momentary autofocus operations. Frame-by-frame lens metadata embedded in media files on Alexa Plus, or recorded on an SD card in the standalone controller module.

3-axis system around $30K (handset / controller / motors; dunno if the rangefinder is bundled), so price-competitive with Preston and Cmotion. Videofax’s principals seems very interested; I wouldn’t be the least bit surprised if the SF market soon has a new Arri lens control system available for rent.

Disclosure: There is no material connection between me and Arri or Videofax, and neither company compensated me for this article.