It shouldn’t be possible, but I tried it and it works. But why?

A while back I was chatting with a local DP, who also happens to own a nearby rental house, and the subject of the Sony FS7 came up. I told him I was pretty excited as it came with Sony’s LC709 Type A “Alexa emulation” LUT built in, which is awesome in a low cost camera.

I had to see this for myself. I dug up some footage that I’d shot for a Sony presentation I gave at CineGear earlier this year and brought it into Resolve. Here’s what happened: 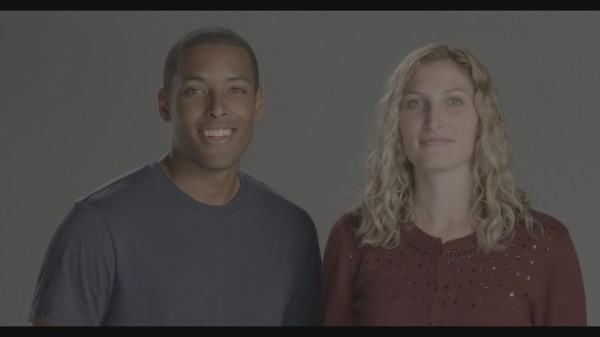 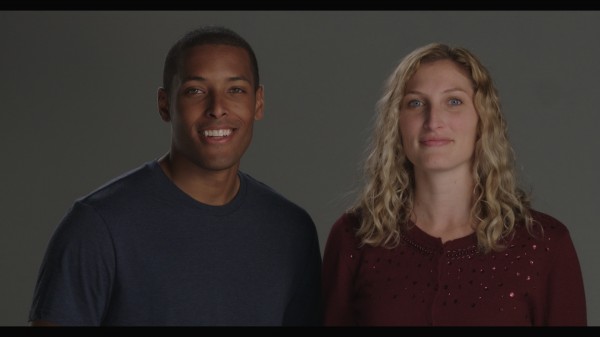 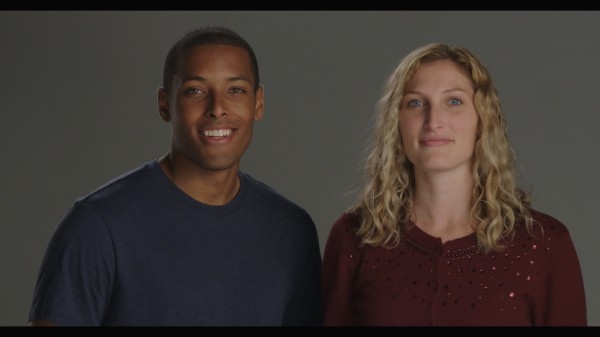 Um… wow. That looks pretty good. The Arri LUT makes flesh tone look a little yellower/greener to my eye, but not terribly so. I prefer the more neutral flesh tone of Sony’s LC709 Type A LUT applied to F55 footage, but I also like the punchier, more contrasty look of the Arri LUT.

I looked at both LUTs on a color chart and was surprised to see that there wasn’t much difference between the two, other than that the Arri LUT resulted in more saturation: 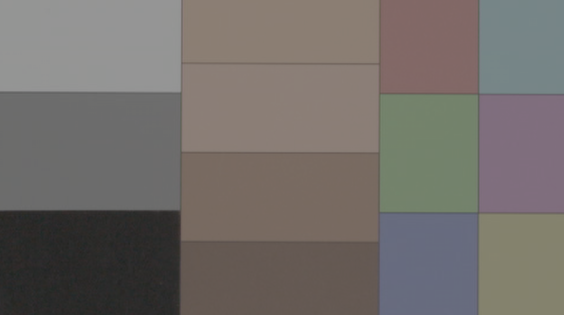 DSC OneShot chart lit with tungsten light. This is SGamut3.cine/SLog3 without a LUT applied. 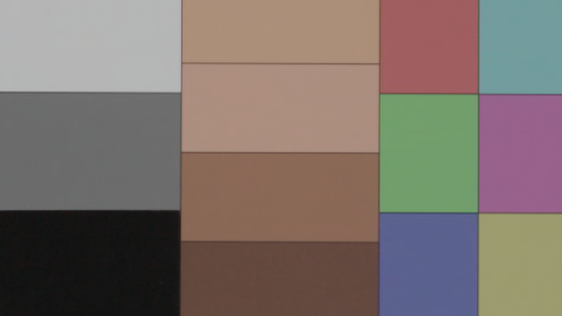 This is the same chart with Sony’s LC709 Type A LUT applied. 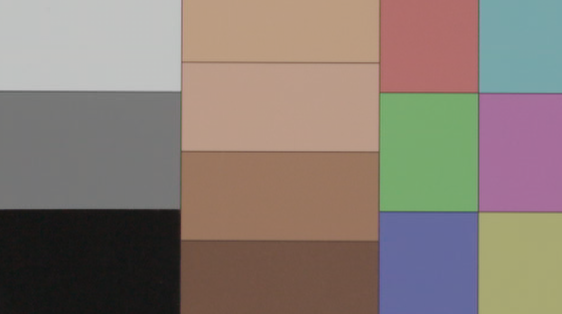 This is the same chart with Arri’s LogC to Rec 709 LUT applied. 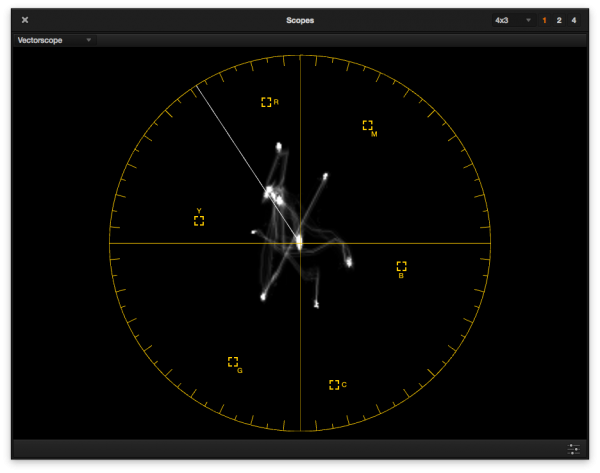 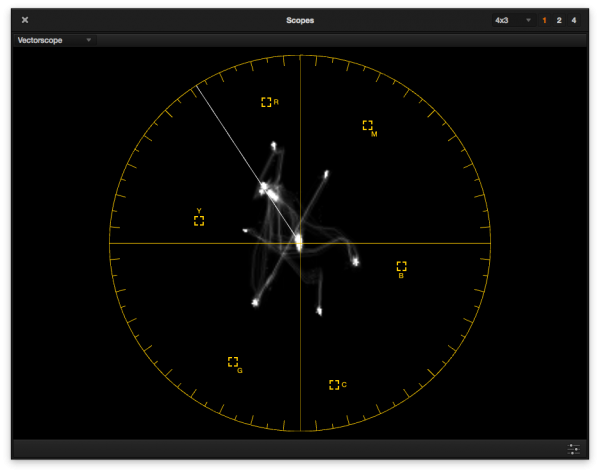 There’s almost no difference. If you look at the flesh tone reference line (between yellow and red) you’ll see that two of the flesh tone patches straddle that line in the Sony LUT while one patch is shifted directly onto that line in the Arri LUT. Also, the saturation of the Arri LUT is higher than the Sony LUT. Other than that… I see virtually no difference in color. (Contrast is another story, but we’ll talk about that in a bit.)

I have a theory about this. Here’s a slide I made up for this year’s CineGear presentation that shows how SGamut3.cine’s primaries align nicely with P3 and Rec 709 primaries, allowing colorists to use simple lift/gamma/gain controls to bring an image in SGamut3.cine color space down into Rec 709: 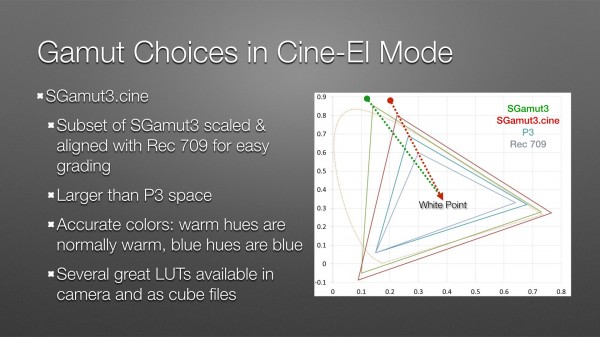 Sony developed SGamut3.cine because SGamut3 proved problematic for colorists who don’t want to grade through a LUT. A LUT is designed to mathematically transform images from one color space to another, but what many colorists have discovered is that often this can often be achieved using simple lift, gamma and gain controls because the biggest difference between Rec 709 and DCI P3 is color saturation. If an image is captured in P3 and looks desaturated in Rec 709 it’s not that hard to increase contrast, boost saturation and massage the image a bit using simple color grading tools.

But… that only works because P3 primaries are basically just more saturated versions of Rec 709 primaries. SGamut3 primaries are different—and the green primary is significantly so—and the ONLY way to get accurate color out of it is to run it through a LUT… something some colorists just don’t want to do. Using lift/gamma/gain controls to bring SGamut3 down to Rec 709 results in weird color shifts, because the primaries aren’t just different saturations but different hues.

If Arri’s working color space uses primaries that line up with P3 and Rec 709 in the same way that SGamut3.cine’s primaries do, it makes sense that the only real difference in color would be in saturation. This isn’t completely true, as we’ve seen some shift in flesh tones between the two LUTs, but they are amazingly close.

The exception is contrast. The Arri LUT is a lot punchier, and this is easy to explain. When I’ve compared dynamic range between the Sony F55 and Arri Alexa in the past I’ve discovered that where Alexa puts two stops of dynamic range between 40% (middle gray) and 80% on a waveform, Sony crams in three stops. That means that two stops above middle gray is going to look brighter on an Alexa because that tone will fall at 80%, whereas the Sony LUT will place that tone around 67%, resulting in lower contrast and darker mid-tones.

During my presentation some of the audience commented that they thought my footage looked about one stop underexposed, even though I’d based my exposure off a properly calibrated and lit middle gray card. I believe this difference in dynamic range distribution is the reason for those comments.

Based on what I see here, there seems to be zero reason not to apply Arri’s LogC to Rec 709 LUT to SGamut3.cine/SLog3 footage. It looks great, and it’s a punchier look than LC709 Type A offers out of the box. It’s very simple to grade LC709 Type A to be a little more contrasty, but in this age where editors are often asked to “grade” footage but rarely do more than slap a LUT on it and call it a day, it’s nice to have prebuilt options. I’ll certainly be adding this trick to my collection.