Panasonic announced a firmware update for the GH4 to add proper anamorphic support:

Anamorphic shooters have previously been able to use the GH4’s “4K Photo Mode” for 1.33:1 imaging, but only at 25 or 29.97 fps, and without external recording. This new update allows “native” 1.33:1 capture as a normal recording mode, complete with native-mode 1.33:1 HDMI output for external recorders; a 1.33x anamorphic adapter like the one from SLR Magic (or Panasonic’s original adapter for the AG-DVX100) will give you a 1.77:1 (16×9) image, while a 2x anamorphic lens or adapter gives you a 2.66:1 image, which with a bit of edge cropping gets you a ‘scope-ratio picture of 2.39:1. 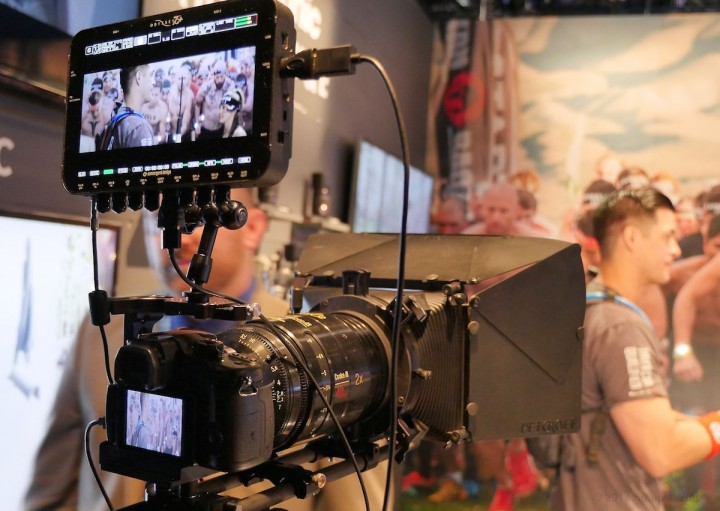 Sadly, the camera will not “desqueeze” the anamorphic image in its EVF or on its monitor — the internal processing is already being pushed to the limit — but Convergent Design has announced desqueezing in an upcoming Odyssey 7Q+ update; the demo unit on the GH4 also fed the desqueezed image to a separate monitor.

By a fortunate coincidence, Veydra announced the development of 2x anamorphic primes in MFT mount, starting with a 25mm, of which this is an early mockup: 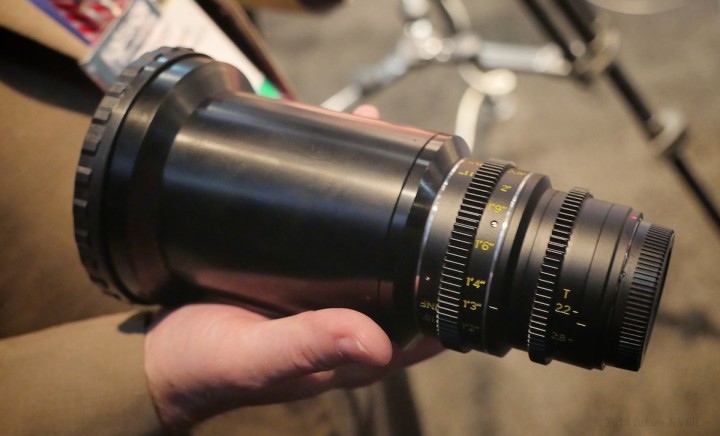 Veydra anamorphics will cost under $5000 each, rather less than the Cooke in image above!

Also shown: V-Log gamma. This won’t be in the next release, but in a subsequent one later this year. It is claimed that V-Log will extend the dynamic range of the GH4 by 2 stops, and improve the look of highlight handling considerably. 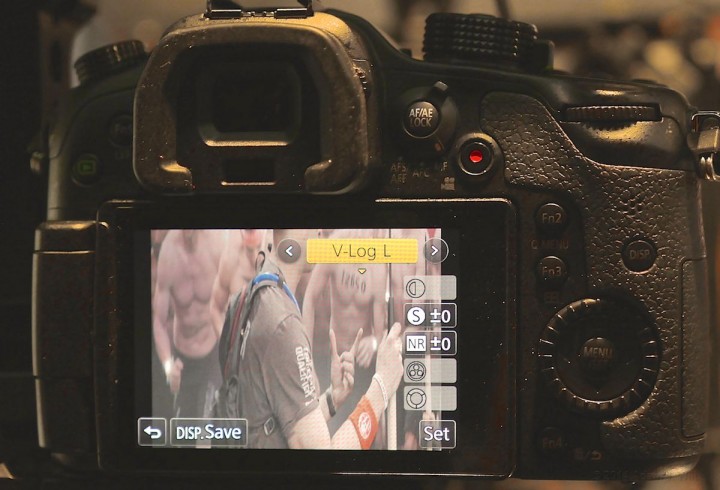 The Odyssey 7Q+ will offer LUT support as well as de-squeeze: 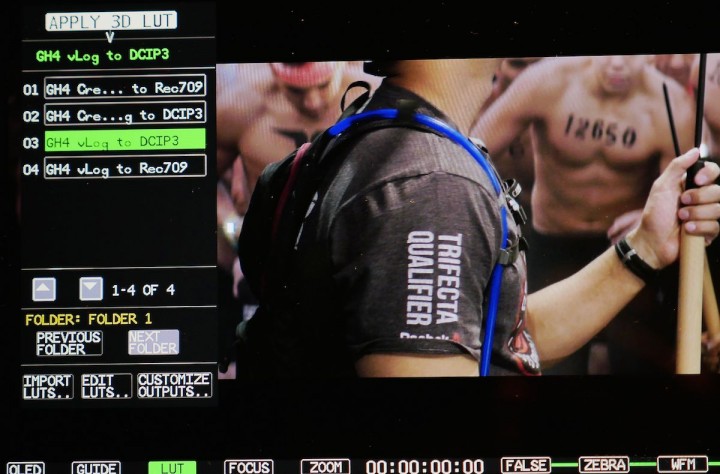 Disclosure: I attended the Panasonic press conference and learned of this upgrade, then ogled it on the show floor. I also discussed lensing with Veydra. But, sadly, no one offered me any payments or other valuable considerations to write it up. Darn it.