In MTV’s new scripted series, Mary + Jane, best friends Paige and Jordan (Jessica Rothe and Scout Durwood) navigate the trials and tribulations of being in their 20s, running an all-female weed delivery service in Los Angeles — all while trying to find romance in Los Angeles.

To shoot the ½ hour comedy series, the producers at Television 360 enlisted cinematographer Charles Papert (Crazy Ex-Girlfriend, Key and Peele). Although Papert had been shooting with the ARRI Alexa for the past four years and saw no reason to switch, he was intrigued by the VariCam after reading about it and seeing it at a trade show. “I also started to think about how various outfits like Netflix are mandating 4K acquisition,” he explains. “I needed to be ready when that call comes to know which camera I want to shoot with, because that’s something that comes up in job interviews.” 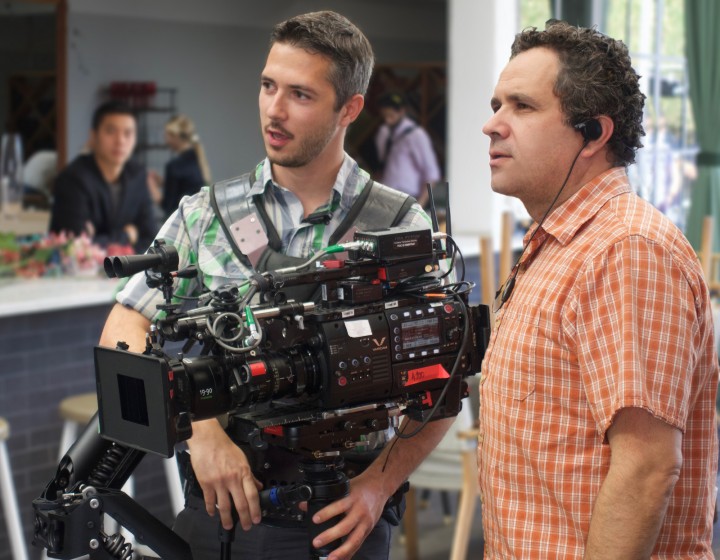 Since the project was pitched to him as more of a handheld show, Papert thought the VariCam LT would be a great fit due to the camera’s compact form factor. The dual 800 and 5000 native ISO settings were was especially interesting to him as well. Since the LT was not available at the time, Papert took out a VariCam 35 and shot exterior night tests. “I went to a fairly dark city street corner equipped with a little handheld light to shoot someone crossing the street,” he explains. “I was at [native]5000 ISO and found myself at a f/4.5–6 without ever turning on the light, and when looking at the footage, I was still able to knock it down a bit in post to make it look more night-like. One of the things that happens when you’re given these massive ISOs is the tendency to overexpose, which can sometimes look like a lunar landscape. When I took the VariCam footage to a color suite and looked at the noise pattern, it looked more like film grain than video noise. Also, the colorist said we could knock that noise out pretty easily if we wanted to.”

Papert’s other concern in shooting with practical street light were mixed color sources. “We were under various types of street lights for that test and I looked really closely at faces,” he explains. “I thought it was amazing how the camera was handling all these different color temps. We were able to do a very minor overall correction and bring the scene to a really clean looking place. The color science in the VariCam was better than a lot of the cameras I’ve worked with where you really have to do a lot of work in color to get the skin tones exactly where you want them. 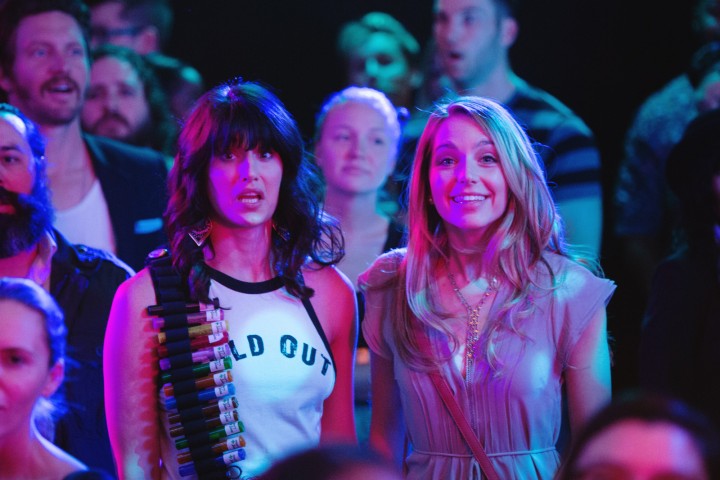 “I also shot some simple tests with a model against the Alexa,” continues Papert. “Even though there were slight differences, I felt very comfortable in what I was seeing in the skin tones. I was very confident in using this camera on a project with the added trick of the high ISO.”

For the look of Mary + Jane, Papert joined after the pilot was shot and according to the DP, the producers wanted an “indie” handheld/available light look. Unfortunately, Papert wasn’t able to shoot with the LTs, due to availability, but made the V35s work in terms of shooting in a “16mm” style. One stylistic influence was the work of photographer David Mushegain, whose work Papert describes “as a look of available light but you get a sense of a hot Southern California vibe where there’s sort of a haze in the air. You feel the heat of the sun, but it also has a luscious quality with people bathed in the ambiance.”

Papert shot the show in full HD (1920 x 1080) at 23.98-fps. Post’s existing workflow mandated ProRes files, which he captured in the V-Log gamma setting. Because he wasn’t working with a D.I.T., Papert decided to monitor everything in Rec 709. “I know if I got everything to look decent in 709, I would have room to go anywhere,” he reveals. “709 is very plain vanilla but it does create a baseline which is easier for me on a fast-moving set. My modality for shooting the night exteriors, especially with the high ISO, is to overexpose a stop so that in post we could push it back down. That suppresses noise, plus we can retain the values of the night sky and so forth while bringing everything else down around it. I would often tell people on set, it’s going to be darker when it comes out of color — so basically I’m giving it a “fat negative,” to use a nostalgic term.”

Even when shooting a 1080 job, 4K is a valuable asset. “On Mary + Jane we would shoot 4K if there was the possibility of pushing in on an image for one reason or another. An insert of a phone that may need to be blown up further during post, or if we need to do some stabilization or reframing.” 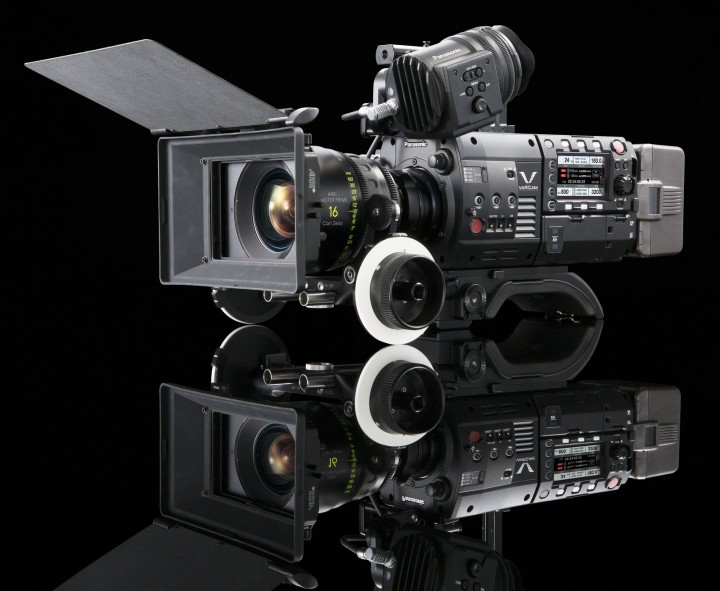 For the shoot, Papert used the native 5,000 ISO on a few occasions, mainly for night exteriors near the stage in which he lit the foreground action very gently and the background with just street lights that he balanced to. When he met with the producers and showed them his night exterior tests, they were impressed with the image, as well as the fact they wouldn’t have to use the old tried-and-true Condor backlight plus units and cables up and down the streets, requiring extensive rigging crew. “There was one moment where the director and I were walking through our locations for that night’s work and she said, ‘Hey what if we shoot down that alley,’ which we had not planned for,” says Papert. “To the eye, it seemed tragically dark and I started trying to figure out how we can lob something down at the end of the street. We got transpo to take a vehicle to the other end and rake the headlights across a building at the far end. But as night fell, the image on the monitor revealed far more than the eye could see and it looked great. We shot that scene at [native]5000 ISO without any additional light in the background. The car lights were too much so we turned them off and drove the car away.”

There was another time they were shooting on top of a hotel rooftop looking out towards the Burbank hills into a residential area. At 4000 ISO [dialed down from the native 5000 setting], they were able to get some separation in the sky that you could not see with your eye and all the twinkling lights on the hill, which they exposed to. “There’s a bit of confusion because one might expect that the idea of dual [native]ISO is that the 800 and 5,000 images are identical — they are not,” continues Papert. “5000 is noisier — it’s just not nearly as much as you would expect it to be. If you take an Alexa up to 1600, you have quite a bit of noise there, probably more so than you see with this camera at 5000.”

“However, if you start at the 5000 base and dial it down to 2500, you achieve a very similar look to the native 800 in terms of the noise profile. I thought that would be a very valuable thing for us on stage because if we did all of our stage work at 2000 ISO, we would gain 1–1/4-stops of shooting speed, which means I could cut the wattage of all my instruments in half. The particular stage we were shooting on was kind of dodgy in terms of available power, which lead me believe this was a really good idea. We would be able to work with half the power, wattage, and heat. Where I would normally use a 10K to simulate sunlight, I could do it with a 5K. Effectively doubling the output of LED units meant I could create an 8 x 8 book light with a Cineo, for instance. It worked out really beautifully, almost like a magic trick.” 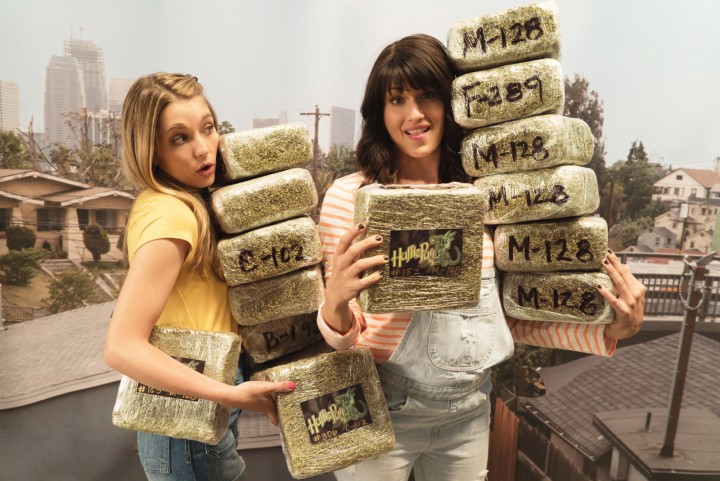 He continues, “Whenever you start monkeying around with the ISOs of the camera, you’re shifting your dynamic range and in that instance, we’re giving up some highlight information. But because we were on stage, I had complete control over that anyway. It actually helped me blow out the exterior elements outside the windows if desired, which was another benefit. The highlight roll-off in the VariCam is very pleasant.”

As of this writing, Papert is supervising the color grading on the first four episodes at Mad Old Nut Productions, Inc. and he notes, “We flew through our first session. The EPs are very pleased with the way the show looks, as am I.”

Papert has also begun production on Cassandra French’s Finishing School for Boys for Full Screen/Audience Network, shooting again with the VariCam 35, this time in UHD 4K. “Cassandra French has an even more gritty, indie look and we are moving fast with a small crew so I really needed to rely on the flexibility of VariCam even more on this one,” explains Papert. “In our first week we shot in a dim bar and I found the existing practicals looked good at 3200 ISO, eliminating a lot of additional lighting. Same thing when we moved outside to the street for a night walk-and-talk, supplemented only by an LED china ball. I’m finding that the VariCam is a really good fit for moving fast and getting great images when time and resources are scarce.”

Check out the official trailer for Mary + Jane:

If you want to learn more about VariCam, please visit http://info.panasonic.com/varicam-models.html?sc_sp=business-category_rightHandAd_products-professionalvideo_.