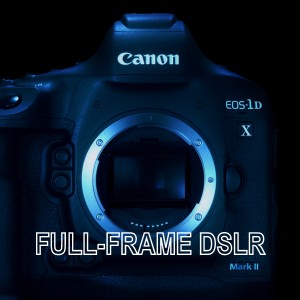 Video recording capability with a Canon EOS Digital SLR first became available in October of 2008, and today there are four full-frame Canon DSLRs that are well suited for video production. This page provides an overview of them, and is meant to serve as a pre-purchase guide as well as an existing owner’s technical resource. Jump directly to any section of this page with these links:

This guide is primarily targeted to the U.S. market and I have listed U.S. prices. The “where to buy” links on this page refer to DV Info Net site sponsors, all of which are U.S. dealers. At this time I do not have a dealer outside of the U.S. as a site sponsor. However, some dealers such as Adorama and B&H Photo Video, will ship overseas to just about anywhere in the world. Currently there are four companies to whom DV Info Net refers sales enquiries for Canon full-frame DSLR cameras:

All Amazon links point to Prime pages, sold directly by Amazon without any add-ons. When ordering from B&H Photo, be sure to check their holiday schedule and hours of operation. Precision Camera and Texas Media Systems are full-line Canon dealers, but they do not list everything on their sites. Even if a purchase link is greyed out, they might still be able to order the item if you contact them directly by phone or online.

There are two Canon full-frame DSLRs that have been intentionally excluded from this guide. They are the EOS 5DS and EOS 5DS R. These two 50.6 megapixel cameras (which are identical to each other except that the “R” model excludes a low-pass filter) feature an HD video implementation that is very nearly the same as the EOS 5D Mark III. However, the maximum ISO setting in video mode for both cameras is limited to 6400, which is half that of the 5D Mark III. While they are superb choices for high-resolution photography, the 5Ds and 5DS R have not been considered here for video production purposes.

Mouse over the metric weight value to see the Imperial equivalent in a pop-up. ISO is stated as a maximum value in video mode at the highest resolution. “Aud. i/o” refers to audio input (a microphone terminal) and output (a headphone jack). “Art. LCD” refers to an articulating LCD display, which is either variable-angle (vari) or non-articulating (fixed). “End. stills / vid” refers to battery endurance assuming a full charge at normal temperatures. The various DSLR user manuals, linked below, will provide more specific details regarding battery endurance in recording and playback modes under various conditions. Model numbers are provided for battery grips, battery chargers and AC adapters. Be advised that the prices shown on this page are listed at full MSRP (the manufacturer’s suggested retail price) and may not reflect current discounts and promotions offered by dealers. In most cases — that is, for all models except those most recently announced — the actual amount will most likely fall below the prices given here. 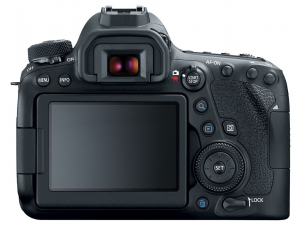 Canon USA positions the EOS 6D Mark II as their entry-level full-frame DSLR, making it the most affordable model in the current product line. It has a polycarbonate body while all the others are magnesium alloy. This is the only Canon full-frame DSLR that has an articulating LCD display. Another advantage of this camera is the low power demand when recording High Definition MP4 video. Consequently it has the best battery endurance of all, with more than two and a half hours of recording capability in normal operating conditions. The optional BG-E21 battery grip with dual LP-E6N batteries extends this time even further. The EOS 6D Mark II is the only Canon full-frame DSLR that does not have a headphone jack, but it includes built-in GPS, WiFi, NFC and BlueTooth. 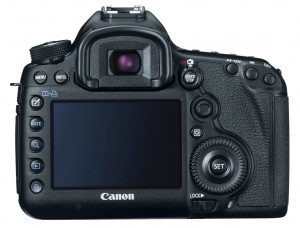 The EOS 5D Mark III is an older model but it still appears as a current product on the Canon USA web site and is still being sold as new by many authorized dealers. This camera was a significant upgrade to the previous EOS 5D Mark II, the Canon full-frame DSLR that created an entirely new category of video production with its revolutionary HD video recording capabilities. ISO performance was expanded, autofocus greatly improved, image noise minimized and a headphone jack was added along with SMPTE TimeCode. In 2013 a firmware update gave this camera clean HDMI output. While it lacks Dual Pixel CMOS AF, the EOS 5D Mark III is still a fine choice for HD video production, and it is the least expensive full-frame DSLR with a magnesium alloy body. 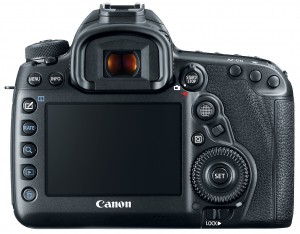 The EOS 5D Mark IV improves its video feature set considerably from the previous model EOS 5D Mark III. Chief among the upgrades is DCI 4K Ultra-High Definition video recording in Motion JPEG at 30fps with the ability to pull 4K frame grabs as 8.8 megapixel still images. When shooting 4K with the EOS 5D Mark IV, there is a crop factor of 1.74x. Other improvements include 720p HD video at 120fps, Dual Pixel CMOS autofocus, face detection and auto-tracking, Movie Servo AF and a touchscreen LCD. GPS and WiFi are built in. A wider dynamic range is optionally available with an upgrade to Canon Log, which involves a hardware and software update. Existing cameras may be sent in for a $100 retrofit, or purchased new with Canon Log already installed. See this page for more info and a video about Canon Log on the EOS 5D Mark IV. 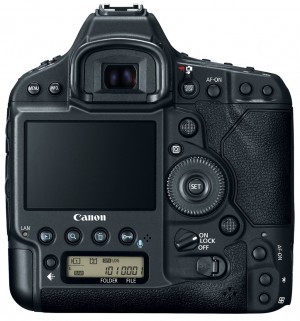 As the flagship of the EOS camera line, the 1D X Mark II is Canon’s biggest, heaviest and most expensive DSLR. It’s also the best built and most feature rich. Intended first and foremost as a photojournalist’s camera, it has a rugged magnesium alloy frame with several layers of weather sealing for protection against dust and rain. Its carbon-fiber shutter blades are good for 400,000 cycles. It has the fastest still photo frame rate of all Canon DSLRs at 14fps. The 1D X Mark II records DCI 4K video at 60fps, or Full HD video at 120fps, to a single CFast card. There is a 1.38x crop factor when shooting 4K. Slower frame rates and / or lower resolution video may also be recorded to the Compact Flash card slot as well, so long as the CF card is UDMA 7 or faster. Unlike the other full-frame DSLRs which have a single image processor each, the 1D X Mark II has dual DiG!C image processors plus a third DiG!C processor dedicated solely to metering. This camera uses a much larger battery than the other Canon DSLRs, providing well over two hours of HD video recording endurance (or 1 hr. 40 min. in 4K mode) when fully charged. There is no kit lens configuration for this model; it is sold as a body only. When choosing lenses for the 1D X Mark II, keep in mind that any glass other than L series lenses would be a gross injustice to the capabilities of this camera.