The late documentary filmmaker Les Blank’s feature length bio-pic of Leon Russell, A Poem is a Naked Person, premiered Monday night at the South By SouthWest 2015 film festival in Austin, Texas… only forty-two years after it was completed!

Originally shot in 16mm sync sound and edited and re-edited several times over the years on Les’ KEM flatbed editor, the film was never put into commercial release due to content disputes between Blank and Russell. After Les Blank’s death in 2013, Harrod was determined to have his father’s film shown and convinced Russell that the world needed to see this unique film documenting the explosive impact that Russell’s music had during the creative culture of the time. Russell finally agreed, and over the last two years, Harrod has re-mixed and re-mastered his father’s work and landed a distribution agreement with New York’s Janus Films, home to hundreds of the world’s most legendary directors and their work for over fifty years.

Les Blank made more than 40 films during his career, many of them about traditional American music, including award-winning films profiling Southern blues artists Mance Libscomb, Lightnin’ Hopkins, Zydeco-King Clifton Chenier, Cajun music greats Bois Sec Ardoin and Canray Fontenot, jazz man Dizzie Gillespie, Appalachian fiddler Tommy Jarrell, and pop-music greats Huey Lewis and Ry Cooder. In his 1982 documentary Burden of Dreams, Blank chronicled director Werner Herzog’s efforts during the making of the Amazon rain forest epic Fitzcarraldo, spending more than six months shooting on the banks of the Amazon river, on what became known as one of the most disaster-ridden feature films ever produced. 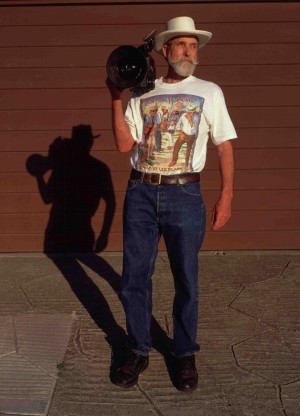 Leon Russell’s professional musical career spans over five decades of song-writing, arranging , producing, performing, backing and touring with most of the great rock & roll artists of those years, as well as country and pop music icons. He has released over 25 albums of his own material and produced and performed on hundreds of album projects for other great artists including Graham Parsons, George Harrison, Eric Clapton, B.B. King, Barbara Streisand, Doris Day, Frank Sinatra, The Band, The Rolling Stones, The Byrds, Bob Dylan, and Willie Nelson. His most recent studio album, “The Union,” was a coproduction with Elton John. Russell is a member of the Rock & Roll Hall of Fame and the Songwriter’s Hall of Fame.

A Poem is a Naked Person was shot on location in multiple recording studios in Los Angeles, Tulsa and Nashville and on tour in various concert and stadium venues throughout the United States in 1971 and 1972. Most of band members shown were Russell’s longtime band mates and great studio musicians who recorded with Russell over many years.

The film also features extensive footage in a Nashville studio with country artists Billy Byrd, Pete Drake, Lester Flatt, George Jones and many other country music icons recording Russell’s critically acclaimed tribute to Hank Williams, Hank Wilson’s Back. This is some of the film’s finest and most interesting footage as these doubting, hard-core country studio musicians becoming converts to Russell’s enthusiasm and style. 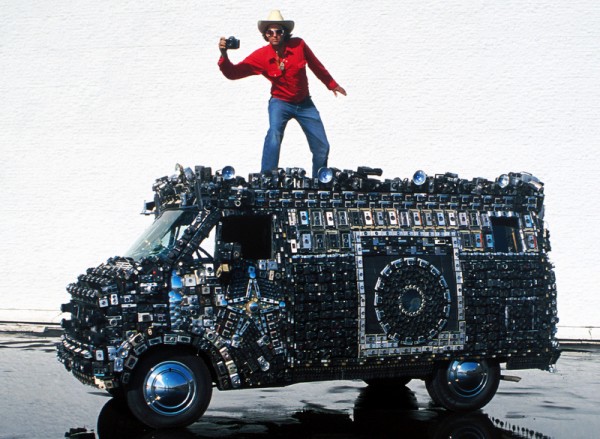 Harrod Blank was determined to have his father’s film distributed. Here he is with CameraVan, one of his mobile art installations. It’s a 1972 Dodge with more than 1,700 cameras attached.

Additional scenes in Poem give us insight into the life of Leon Russell’s band on the road, and the occasional brief rest stops at Russell’s Grand Lake home and recording studio outside of Tia Juana, Oklahoma.

Les Blank’s A Poem Is A Naked Person is more than a tribute to Leon Russell, although it certainly succeeds at that. It is a tribute to all those who creativity still demands to see the light of day to inspire audiences…even 42 years later!

This writer, John Harms, was a guest at Monday’s SXSW2015 film premiere having worked for Leon Russell during much of the film’s shooting in 1972 at Russell’s Grand Lake, Oklahoma recording studio; then later having served a stint as general manager for Les Blank’s Flower Films. This movie as well as Les Blank’s catalogue are now distributed world-wide by Janus Films, NY, as part of their select Criterion Collection.