Among other announcements at the TVLogic press conference was this new 5.5″ camera-top monitor, the VFM-058W. It builds on the widely-used VFM-056W with several useful enhancements: 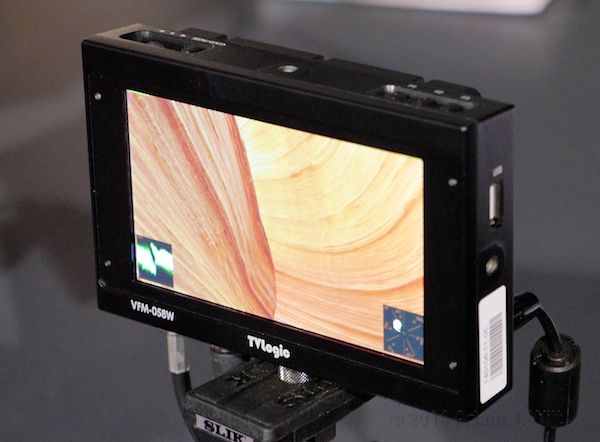 The price will be around $1700 list, shipping soon. The 056W will remain in the lineup with a reduced price; you might be able to find it or around $1000 in the near future.

Disclosure: There is no material relation between me and TVLogic, and I received no special considerations or compensation from them for posting this article.