SmallHD always has something interesting to show: last year it was the DP7 7″ monitor with built-in LUT generation; this year it was the 502, a 5″ 1920×1080 monitor that converts to the Sidefinder EVF (tap any picture for a larger image): 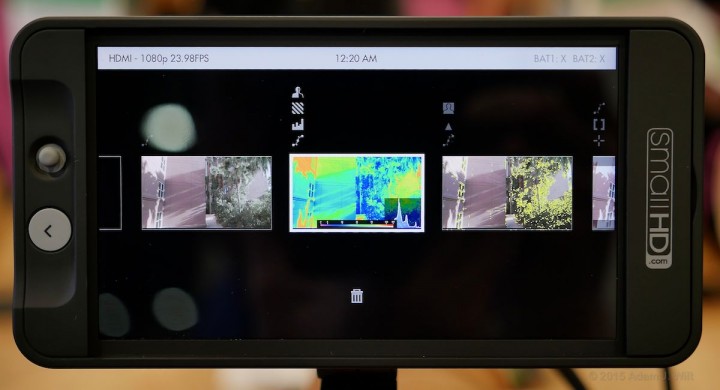 The 502 has a decent complement of exposure and focusing aids, with a unique interface: instead of toggling a viewing aid on and off or navigating menus, you instead set up “pages” with combinations of enhancements. Then you simply use the 4-way joystick to side-scroll between ’em during operation.

In the editing screen above, each enhancement has a small icon above the page where it’s used. That S-shaped icon shown on two pages indicates that the 502 will apply a LUT. The 502 accepts 17-point 3D LUTs built externally; the 502 doesn’t offer onboard LUT creation or editing.

The 502 doesn’t use a touchscreen: all interaction is through the joystick and the “back” button below it.

The monitor’s frame is cast aluminum (IIRC) and screen is recessed to protect it from face-down impacts. 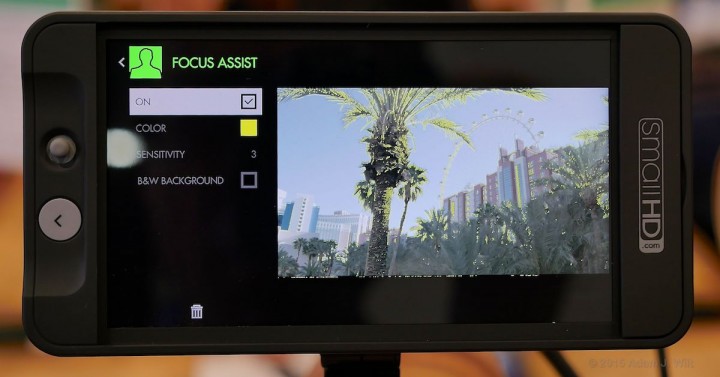 Most aids have pop-out settings panels so you can fine-tune them as you see fit. 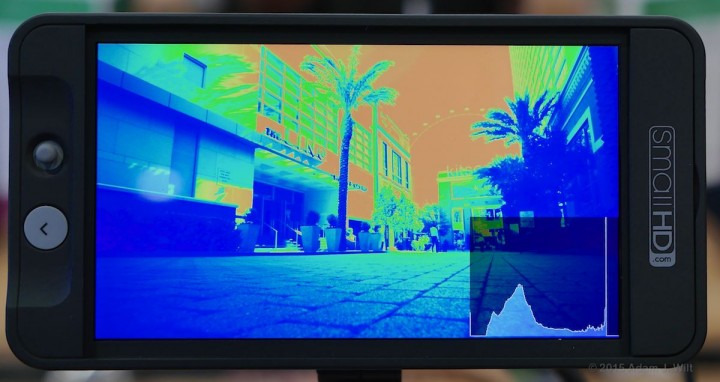 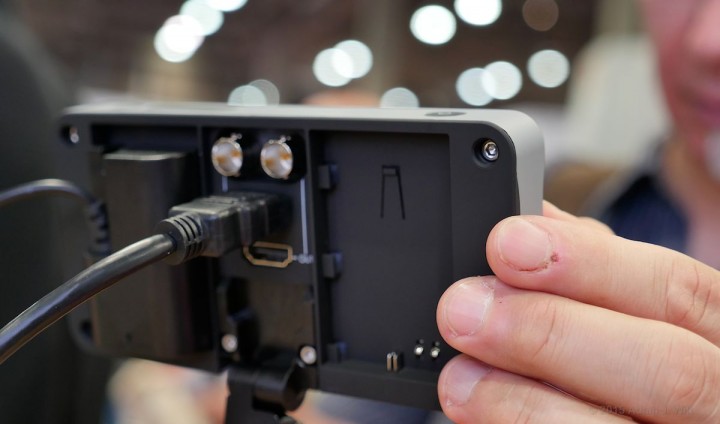 The monitor takes two Canon LP-series batteries, and has both SDI and HDMI inputs and outputs. 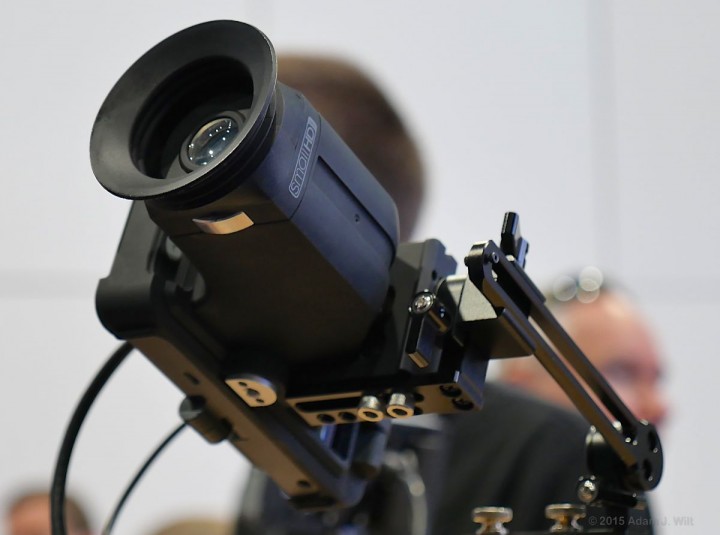 Here’s the cool bit: the 502 mounts to the “Sidefinder”, an accessory converting it into an EVF. 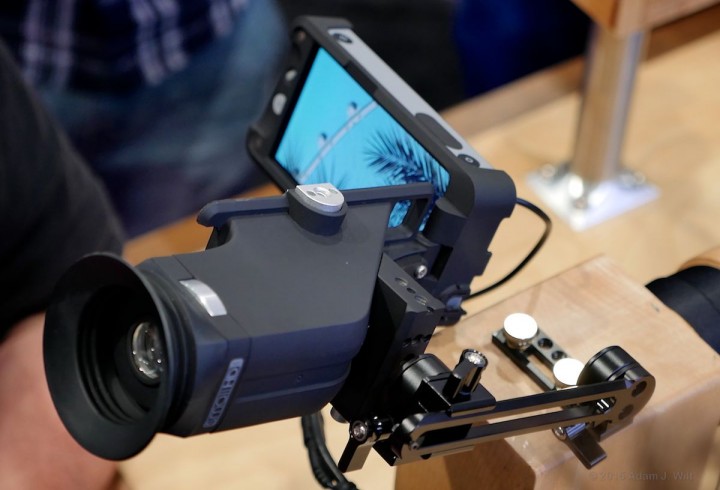 The Sidefinder’s construction is as solid and robust-feeling as the 502’s, and it has multiple mounting options (and may have even more by the time it ships). 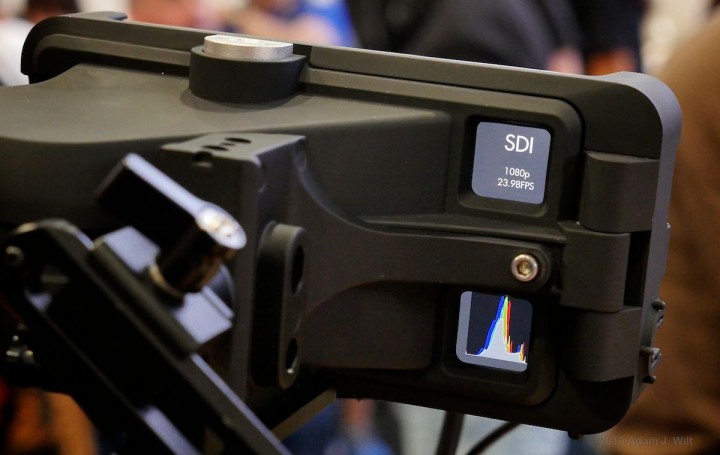 The portion of the screen unused in EVF mode shows status info, though it’s not especially visible if you’re behind the camera. 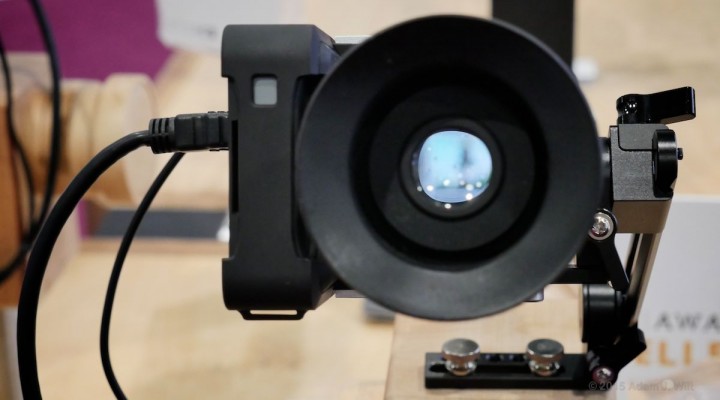 Folding the 502 into the Sidefinder makes the EVF a lot slimmer than (for example) the EVF on an FS7 or SmallHD’s own DP4-EVF, so it’s easier to see past it with your free eye. Cables do stick out a bit, but right-angle cable adapters will fix that.

However, the folded-in 502 puts the joystick and back button so close to the EVF frame that they’re pretty much impossible to activate. What to do? 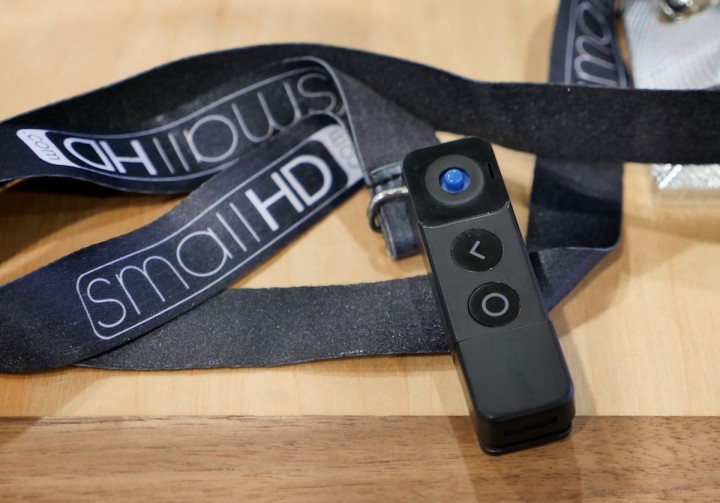 SmallHD provides a small wireless remote so you don’t need to use the on-monitor controls. This solves the can’t-get-to-’em problem in EVF mode, and means you can fiddle with the monitor without touching it at all—so you won’t impart any vibration or wobble while you’re shooting. If you’re a long-lens person this is a welcome feature.

Disclosure: I worked on the UI for Video Devices’ new PIX-E series of monitor/recorders; the PIX-E5 is a 5″ 1920×1080 monitor in direct competition (numerically, at least) with the 502. Therefore, take any critique I have of the 502 with a grain of salt until you’ve had a chance to verify it (or disprove it) yourself.