Jon Thorn is Senior Product Manager at AJA.
His post here is part of a discussion on our community message boards.

Every product I have ever proposed or been involved with developing at AJA has been originated by asking myself the following three basic questions:

I developed the idea for the first Apple ProRes tapeless video recorder, the AJA Ki Pro, in 2007 (that year is not a typo; because complex products take time to develop, it reached the marketplace in 2009.) The Ki Pro was a success because it allowed a diverse (and disparate) group of cameras in the marketplace to be connected to the device with a wide array of connection types (SDI, HDMI, component), it could record to a high-quality edit-ready codec instead of one of the myriad of codecs being offered by the traditional camera manufacturers at the time and it could get all of these cameras to the same format (SD or HD) via up/down or cross conversion. Following the success of the original Ki Pro, I was asked many, many times if AJA would ever consider building a camera. 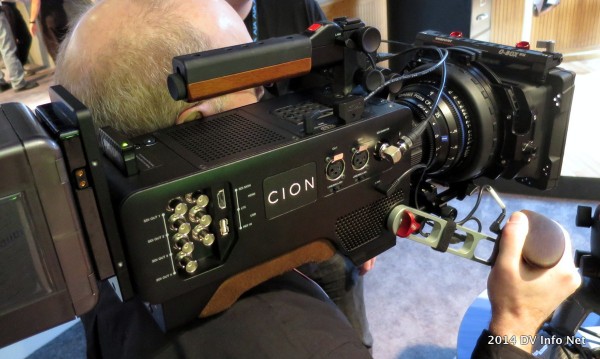 Why were people asking AJA to build a camera? Primarily, people wanted a camera that could record to a post-production friendly codec like Apple ProRes. People also expressed an interest in seeing cameras with a wider array of connectivity: SDI, HDMI, timecode, balanced analog audio, etc., etc. During this time, many of the traditional camera manufacturers had begun to “tier” their offerings; sometimes cameras were stratified by little more than the connection types used on the cameras.

AJA had a significant portion of what people seemed to want – a popular edit-ready recording format and the ability to offer an array of connectivity – but we did not have at that time was experience with sensors or the mechanical components associated with an optical system. People continued to ask me, “Will you ever make a camera?”

In 2010, I made my first proposal at the company to produce a camera. In addition to a traditional market requirements document, I had also sourced a small camera head and so my “pitch” to others at the company involved showing that small camera head sitting directly in front of the Ki Pro. People were skeptical. Honestly, when you consider building a camera, you should be skeptical. Building a camera is not trivial; it requires a huge amount of time and a huge resource investment. I was asked to continue to develop the idea. So essentially I had answered the first question, “What tool could AJA create to help improve people’s work?”… but I had a lot more work to do. 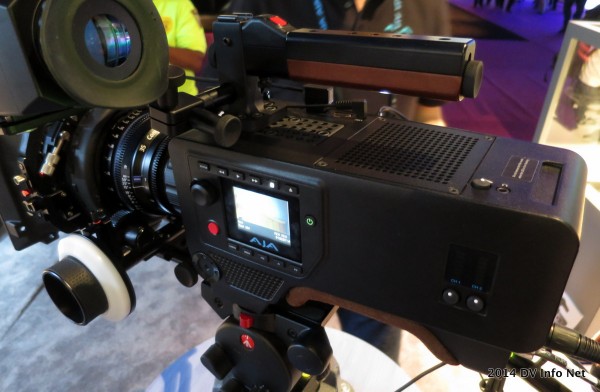 The second question, “What features do people want?”, is always the “fun” question to answer if you are in product development. If you burden a product with too many features, you probably make the device too difficult to bring to the market in a timely fashion and you may “overshoot” what people really want. If you “overshoot”, you will likely also unnecessarily burden your product with costs. Conversely, if you under-deliver on a feature set, you often aren’t even considered a part of the conversation when products are being evaluated. I came from a camera background. I have a passion for cameras. I’ve toted around everything from massive 35mm camera rigs to tiny DV cameras. My heart though has always belonged to the 16mm and Super 16mm cameras that I learned to shoot on: ARRI SR I, II and III, Aaton LTR and XTR, Eclair NPR and ACL. Somehow, over the last decade or so, the traditional camera manufacturers decided that a certain “tier” of cameras should have a certain shape. That shape involved a “pony-tail” viewfinder and the notion that the camera needed to be held out in front of you without any help from your shoulder. The lens would also be fixed on such a design, not interchangeable. If you didn’t like or want this, you’d be asked to pay more money to obtain some ergonomics. So I believed whatever camera AJA made needed to be ergonomic. To me, that meant it sat on your shoulder, not out in front of it. At the same time, it could not be what I sometimes refer to as “soul stealing”; if it was too heavy, whatever ergonomics that had been achieved would be a moot point. It’s like a “sports car”; if the curb weight is too high, all the power in the world won’t improve a fundamental issue with the design. So, personally, I wanted a camera that was comparable to Super 35mm… but in a 16mm/Super 16mm form factor. Sometimes you do think about what you want while answering the basic questions… because you believe firmly that what you want is what others will also want. 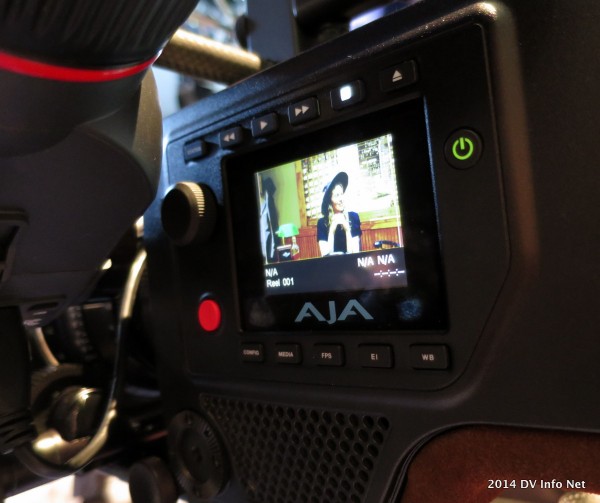 What should the image look like? Now we enter the most nebulous part of a camera design… Some people talk a lot about a “film look.” That is a very, very subjective term and it means something different to everyone. Having said this, most video cameras tend to feel too “cold” to me. Somewhere over the last few years it felt like everyone producing cameras had become afraid of the rich blacks, of the rich colors… things I felt were hallmarks of photochemically produced moving images. I was lucky enough to shoot film in the 1990s, during the rise of Kodak’s Vision film stocks. So every time I looked at a sensor for evaluation, that was something that influenced me. I thought that “look” was missing in other digital video cameras that were being offered. Other looks will be possible to produce as well if this isn’t something that interests you.

In closing, the CION camera wasn’t produced to compete with the Sony PXW-FS7; it was made to answer the questions noted at the beginning of this post. It was made because it was something people were asking AJA to produce. Any comparison of the AJA CION to the newest Sony product – with our first effort at producing a camera – could honestly be taken as a compliment. The development and introduction of the CION pre-dates the introduction of the Sony PXW-FS7. The AJA CION is a “from the ground up” effort which is why it has taken us time to produce. The Sony PXW-FS7 of course calls on elements that have been developed by Sony over time and can be found in pre-existing products. While both cameras seem to share some similarities, they have many differences. From an included connectivity standpoint, the AJA CION has more in common with the Sony PMW-F55 than it does with the Sony PXW-FS7. To make the Sony PXW-FS7 connectivity closer to the AJA CION, you would need to add the optional XDCA-FS7 unit (roughly $2,000 USD) to the cost of the PXW-FS7. If you want a PL mount for the PXW-FS7, you’ll need to source an adapter and factor that into the cost. In fairness, if you want the CION to be comparable to the PXW-FS7, you’ll need to source a viewfinder of your choosing for it. (For the Sony PXW-FS7, my understanding is you will need to use the viewfinder specific to that model; the viewfinders designed for the PMW-F5/55 aren’t apparently compatible.) These types of comparisons can go on at length. In the end, only you can decide which camera suits your needs. Everyone’s needs differ. Everyone’s tastes differ. I’m happy AJA will be able to offer you the CION soon. 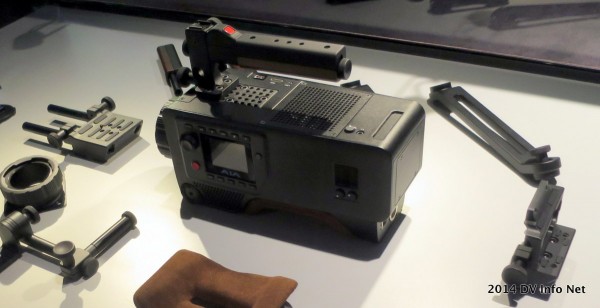 Jon Thorn is Senior Product Manager at AJA.
His post here is part of a discussion on our community message boards.