Recently:
You are at:Home»Author: DVi Contributors 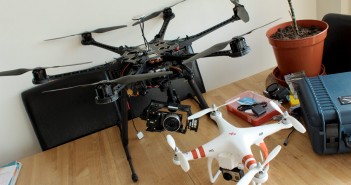 May 8, 2013 DVi Contributors DJI Phantom – Flying Commercially in the UK

To me the Phantom is a tool to which I can attach a camera to take stunning photographs or video from an angle that is totally alien to us. To some and sadly a few of our newspapers the Phantom is a drone, a device which is seen as being used for surveillance, to strip away our privacy. As responsible pilots we need to act in a manner that doesn’t harm this emerging market for aerial video and photography. My fear is that sooner or later a member of the public will be hurt by somebody flying irresponsibly. The press that will follow will put all multirotor pilots in the spotlight in a negative way.

My involvement with multirotors has up to this stage been as a hobbyist. I was introduced by a friend to this technology about 18 months ago and have fallen in love with it. I was involved with building my first rig, went on to buy a Phantom and have almost finished building the larger DJI S800. From this point on my interests are of a commercial nature, I want to provide aerial footage to a niche and specific market. To do this though however brings about what appears on the surface to be another set of complexities. 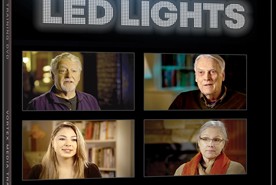 Posted to our forum by DVi member Ian Campbell: I got my DVD copy of “How to Setup, Light, & Shoot Great Looking Interviews” in yesterday’s mail. I’ve now watched the DVD twice, and I made some notes and wrote… 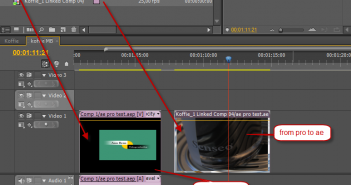 Dynamic Link goes one way for a given instance. But if you are using unique assets to make sure no sequences, comps, or clips — even if nested — are trying to make a round trip that would result in an endless loop (in which case the Dynamic Link with the circular reference is error-trapped and simply won’t work), then Dynamic Link has functionality in both directions. Several versions back, it was only one way. An After Effects composition could be put into Premiere Pro, but not the other direction way back when. That’s changed now though. 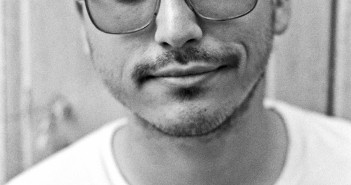 First, before I finish the story, allow me to explain what S-Log is, and why its so darn significant. The Sony F3, a phenomenal 1080p HD camera already, records 8-bit 35mbps XDcam to SXS media cards. This is the standard recording media for all mid-range professional Sony cameras working right now. When Sony created the F35 camera a few years ago, they built a full Super 35mm sized CCD sensor capable of producing some of the best images in the digital cinematography world. This was a camera designed from the ground up to be a full cinema-style system that records to the highest quality footage to HDCAM SR tape (it also costs about $250,000). The standard XDCAM recording format would not cut the mustard with such a high end camera, the problem being that video systems in general are not able to capture the wide latitude of exposure that film can. Sony thought of a clever solution. They created S-Log. 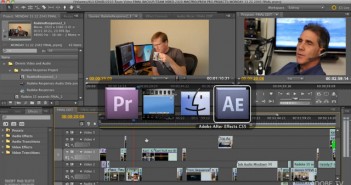 For our third article in a series covering Adobe Premiere Pro CS5, we’ll take a brief look at the advantages of Premiere Pro when working with contemporary HD video formats, specifically the tapeless acquisition systems offered by Canon, Sony and Panasonic. That’s followed by some user testimonials culled from our online discussion groups involving some of our DVi community members who have switched or are in the process of transitioning to Premiere Pro from other video editing programs. Then we’ll look at hardware options for configuring a desktop system or a mobile editing laptop using Adobe Premiere Pro CS5. 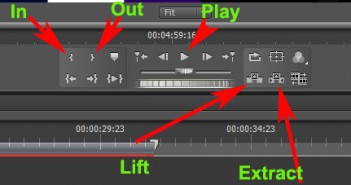 As a follow-up to Pete Bauer’s recent DVi feature article Adobe Premiere Pro CS5 Six Months Later, we’re presenting a collection of user tips, editing tricks, and a couple of notes regarding RAM and operating systems designed to assist your transition into Premiere Pro. Culled from various Premiere Pro discussions from within our own Adobe CS5 forum, this article takes the golden nuggets that might have been harder to find on their own from within the myriad topics on our site and presents them all together here in an easy-to-read abridged format (including links pointing to each original thread, in case you want to dive in to any particular point and explore it more thoroughly). Whether you’ve already made the switch or just recently upgraded from a previous version of Premiere Pro, or even if you’re still just thinking about it, we hope you’ll find it useful. 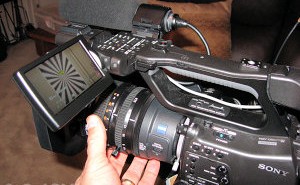 This article comes from a discussion thread on the DV Info Net community message boards. After using the Sony Z7U for a few months now, doing some testing as well as real world shooting experience, here are some focus and… 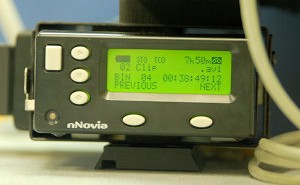 This review originally appears on Josh Chesarek’s web siteand can be discussed on our DV Info Net community message boards. For every hour of tape you use you have to spend an equal hour to capture it, sometimes more if… 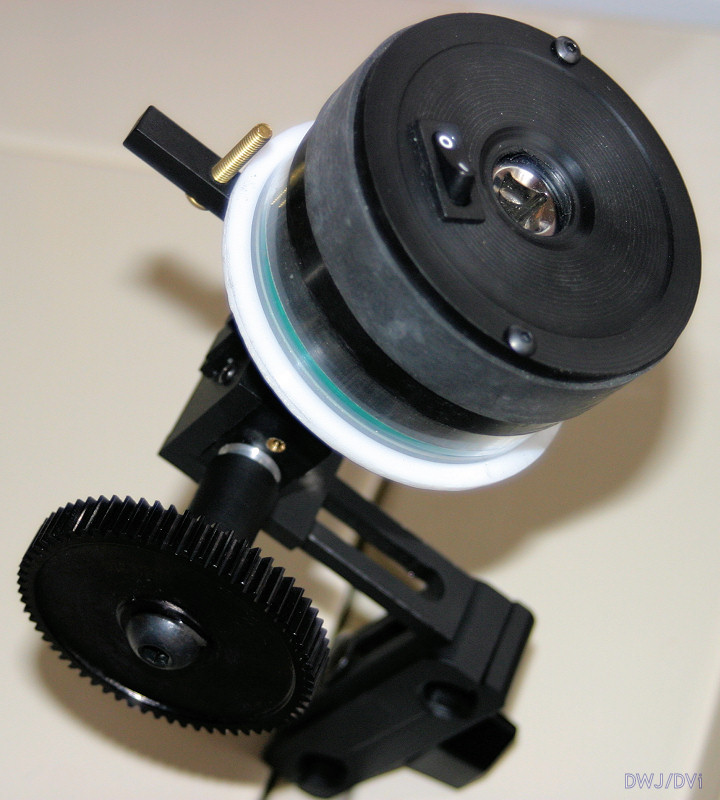 The supplied lens focus gears ship with only one size mounting screw, which means if your lens is not the proper diameter you will need to either purchase new screws or possibly cut the screws to the proper size. Fitting the lens gears requires measuring the inner screw area of each screw during the tightening process to make sure the lens is centered within the gear.

If you’re in the market to purchase new video gear anytime soon, then you owe it to yourself to make a pilgramage to Las Vegas for the annual National Association of Broadcasters trade show. Having attended NAB for the past 10 years, I can give you my two cents about attending on the cheap, and some gotchas for first-timers…