Recently:
You are at:Home»Author: Maddie Ward

Maddie has worked in social media advertising since the early days of Facebook like campaigns and Twitter character limits. As a the social media lead for a major animal non-profit, she helped save thousands of cats and dogs as part of a team. That cute viral content reached millions of people and was featured in places like the Atlantic Monthly, New York Times and BuzzFeed. After being in the hotbed of influencer marketing and the witnessing rise of Instagram, she switched gears to work in the fashion industry. She provides social media strategy consulting for anything digital media related. She is currently pursuing a passionate side-hustle in fiction podcasting. She lives in Manhattan and excited to be a firsthand witness to the revolution coming to digital media. 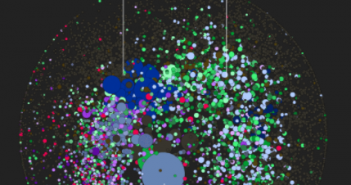 ESPN had hired Graphika to sift through more than five million tweets during an internal investigation of some suspected fraudulent activity during its online All-Star voting process. During the process, numerous fake accounts were found that directly influenced the voting results.