Recently:
You are at:Home»News»Aerigon has Landed

Los Angeles, CA: April 2, 2014 — Intuitive Aerial AB (INTU.ST), the Swedish manufacturer of the professional cinema drone the Aerigon, has opened a new Los Angeles office. Intuitive Aerial Inc., the U.S. arm of the company, will be responsible for sales and service throughout the Americas. The new location provides aerial cinematographers, drone pilots, camera operators, directors, and major studios with local sales and support for the most versatile elite cinema drone on the market.

“Professional cinema drones are a powerful new tool for modern cinematography,” said Eric Bergez, VP at Intuitive Aerial Inc., the industry veteran who will head up the new L.A. office. “Renowned for its strength and image capture stability, the Aerigon is the Ferrari of unmanned aerial systems. Hollywood is already embracing the new technology. The Aerigon has seen action in Avengers: Age of Ultron, Into the Woods, and other A-list projects currently in production.” 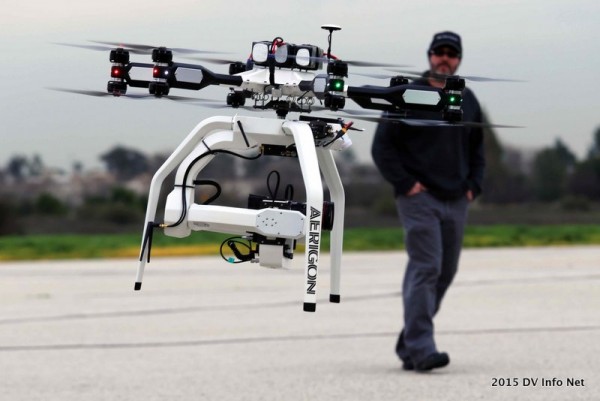 The Aerigon can carry up to 35 lbs. of professional cinema equipment.

The Aerigon is the world’s first serially manufactured, six-armed professional cinema drone built for use with Hollywood-standard cameras and lenses. With a manufacturer-approved payload capacity of 35 lbs., the Aerigon is able to carry over 20 lbs. of camera equipment, along with the gimbal, even in hot climates and at high altitudes. The aircraft features a dual coaxial design with 12 powerful counter-rotating brushless motors, each sporting twin blades. A carbon fiber exoskeleton conceals and protects cables from external stress, and detachable arms provide operators the choice between power or endurance, depending on the location or the type of shot required. The Aerigon Gimbal features a proprietary advanced stabilization system that works with heavy cameras, including professional zoom lenses and full FIZ (Focus, Iris, Zoom) controls. Sturdy, detachable legs ensure soft landings and form a protective cage around the camera and lens.

“When you’re carrying $100,000 worth of camera equipment, you need to ensure flight and landing are safe and gentle, every time,” Bergez explained. “Experienced pilots will love the power and control the Aerigon provides for challenging manoeuvres, while cinematographers and camera operators will appreciate the stability, precision, and accuracy of the Aerigon Gimbal.”

The new office is located in Woodland Hills, CA. Eric Bergez, vice president of Intuitive Aerial Inc., brings to the company more than 20 years experience in production, postproduction, and distribution. 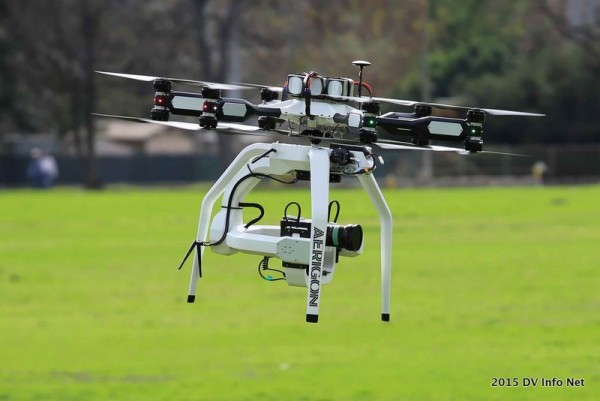 The Aerigon can be viewed at NAB in Las Vegas, April 13-16 at the Canon booth (#C4325) and at the RED Digital Cinema booth (#SL1517). Live demonstrations will take place during the show.