Developed by a team of academics in Europe in partnership with established national broadcasters and manufacturers, Studio.One employs cost-effective, ultra-high resolution cameras with wide angle and/or fish eye lenses to capture every aspect of a live event from multiple angles. The system is designed to integrate into a traditional or IP broadcast environment and blend seamlessly with Virtual Reality video production, making it ideal for remote internet or broadcast live productions such as music concerts, sports events, church services and conferences. 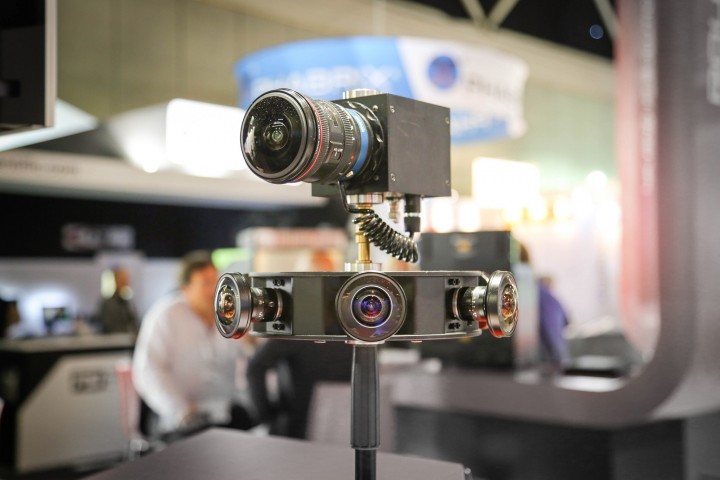 Studio.One essentially consists of three tightly integrated components: camera, capture server and processing software. The server ingests the raw, wide-angle video data from the cameras and allows recording and live processing of this data into one or more rectilinear views and a view mosaic. Although framing can be conducted live, a key advantage of this system is that framing can be carried out offline at the viewing or post production stage. Using software-based pan-tilt-zoom ‘virtual camera’ cut-outs, a single operator can capture perfect shots from multiple vantage points – something that would normally require the skills of a small army of cameramen. This makes it the perfect solution for a range of events including live regional and college sports, where it can capture an entire game with a crew of only 1 or 2 members, using 3 or 4 static wide-angle high res cameras. Simply adding a camera with a zoom lens on a pan-tilt unit for close up views will provide more immersive action shots.

“By generating multiple ‘virtual’ cameras from a single physical camera and by using wide angle lenses that ensure every aspect of a live event is captured, Studio.One gives programme makers endless creative possibilities when it comes to deciding how they want their programme to look,” says Prof. Dr. Philippe Bekaert, one of the founders and CTO for AZilPix. “The cameras are very small and unobtrusive, which means they can be used in places where you wouldn’t normally put a camera. It’s also possible to automate the system using pre-programmed camera motions or motion tracking, while our server allows cameras to be shuttered precisely and simultaneously and frames to be time stamped with an SMPTE LTC or other timecode.” 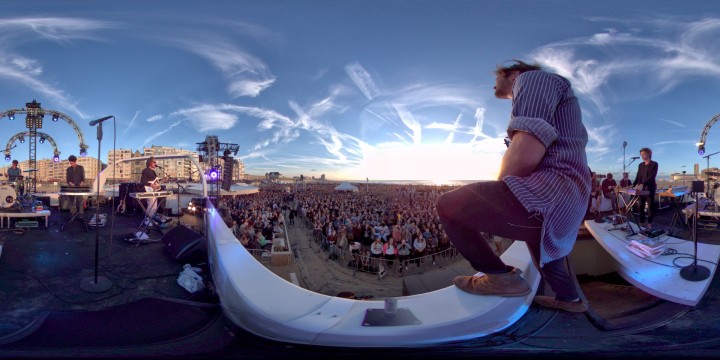 The demand for technology that gives programme makers, especially those on tight budgets, the ability to efficiently capture and stream broadcast quality content is growing and Studio.One satisfies this demand by combining camera and IT hardware and software in a highly sophisticated and cost effective way.

AZilPix will demonstrate a working Studio.One system on its booth SU9817 in the South Hall, where visitors can zoom in and mix different camera views in real-time. Full resolution pre-recorded material will also be available so that the pan and scan features can be used to define new views in post.

Visitors to the North Hall will also have an opportunity to experience Studio.One on Utah Scientific’s booth N4506, where representatives of Axon (AZilPix’s broadcast distributor) will be on hand to demo the system and provide more information on specific applications from live sports, church services to music events.

AZilPix is a spin-off company of Hasselt University in Belgium and iMinds, founded by Jan Looijmans (CEO), Philippe Bekaert (video capture and processing engine), Michel Dewolf (integration and interfacing), AXON (headquarters, broadcast sales and support) and Arjan Akkermans. Studio.One is the result of know-how gained in 15 years of research and development supported by the European Commision, FWO and VLAIO. For further information visit www.azilpix.com