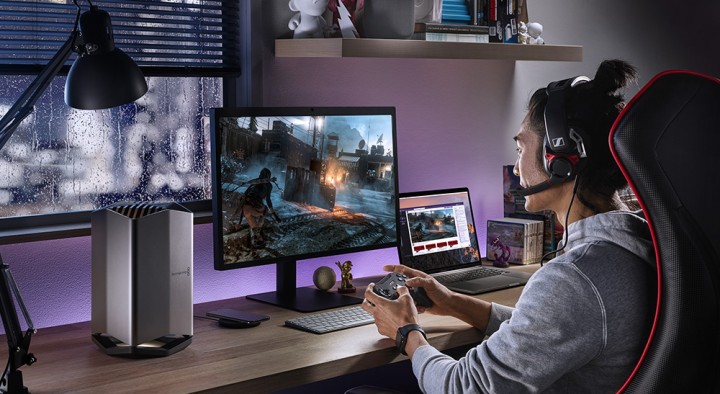 The Blackmagic eGPU Pro features 8GB of HBM2 RAM, a massive 2048-bit memory interface with 410 gigabyte per second bandwidth, and 56 discreet compute units for up to 10.5 teraflops of processing power. The AMD Radeon RX Vega 56 can fill 94 billion textured pixels per second. In addition, the Blackmagic eGPU Pro supports Metal graphics technology from Apple, which provides near-direct access to the GPU for maximizing graphics and compute performance with games and applications.

With nearly 2x faster performance than the previous eGPU model, customers running DaVinci Resolve will get more realtime effects and color correction than ever before. That means they can spend more time exploring creative options and less time waiting. Customers running DaVinci Resolve on a 13-inch MacBook Pro will find that GPU-intensive operations, such as noise reduction, are up to 22x faster with the Blackmagic eGPU Pro. DaVinci Resolve 15 also supports multiple GPUs as well as Metal, so it’s the best way to get the full benefit of the Blackmagic eGPU Pro. Customers can download DaVinci Resolve 15 now free of charge from the Blackmagic Design website for the best editing, color correction, audio post and visual effects solution available. 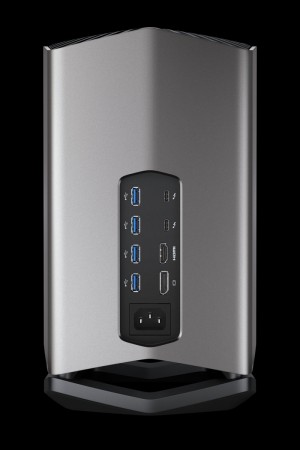 The elegant, textured finish of the Blackmagic eGPU Pro is extruded from a single piece of aluminum and features a unique thermal cooling system that’s been designed to perfectly balance the airflow and dissipate heat more efficiently. The cooling system also enables extremely quiet operation, which is vital for those working in video production and audio engineering environments.

When it comes to power, the Blackmagic eGPU Pro has a built-in power supply that powers the GPU while also providing 85W of downstream power via Thunderbolt 3 for charging laptop computers and powering peripherals. The power supply works from 100V to 240V and features a standard IEC power connector so it can be used anywhere in the world. 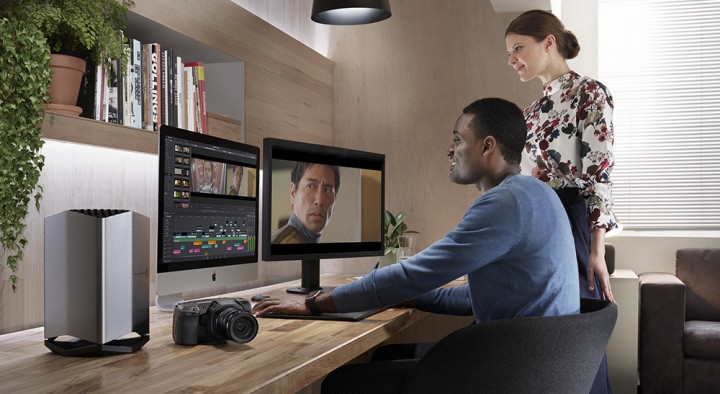 The Blackmagic eGPU Pro will be available in November for only US$1,199 from apple.com.