Recently:
You are at:Home»News»Canon broadcast cameras go behind the scenes of the NHS for Hospital

United Kingdom, Republic of Ireland, 3 July 2017 – To create the unique behind the scenes look at the UK’s National Health Service (NHS) for the ground-breaking series, Hospital, London-based independent television production company, Label1 deployed multiple Canon EOS C300 Mark II professional broadcast cameras. Having been used during the production of the first series, the EOS C300 Mark II was again brought in to capture everyday life throughout the Imperial Trust’s five London hospitals for the new series. The first episode aired on BBC Two on 20 June. 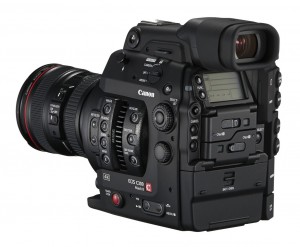 Throughout the production, producers set out to make a programme that was candid and bold and featured hospital staff dealing with real issues of working in the National Health Service. The first episode of series two documented how St Mary’s Hospital in Paddington dealt with victims from the March 2017 Westminster terror attack.

Producers at Label1 wanted to mirror the high-intensity nature of the NHS so implemented a very fast turnaround production workflow. Operators using the EOS C300 Mark II were able to capture content quickly while remaining unobtrusive and getting the highest-quality images possible. The series were shot with seven two-person camera teams consisting of a self-shooting producer/director and an assistant producer.

The EOS C300 Mark II cameras were operated hand held for the majority of the shoots. This meant that users had easier access to more sensitive areas of the hospital with patients and their families, but could still capture visually rich imagery.

“Documentary can now be more like cinema with the looks that you can achieve from big chip digital cameras,” explains Marc Williamson, a director on the programme’s first series. “I opted for the EOS C300 Mark II to have a more dynamic range of shooting and shot choices over the other more awkward shoulder-mount designed options we had available to us.” 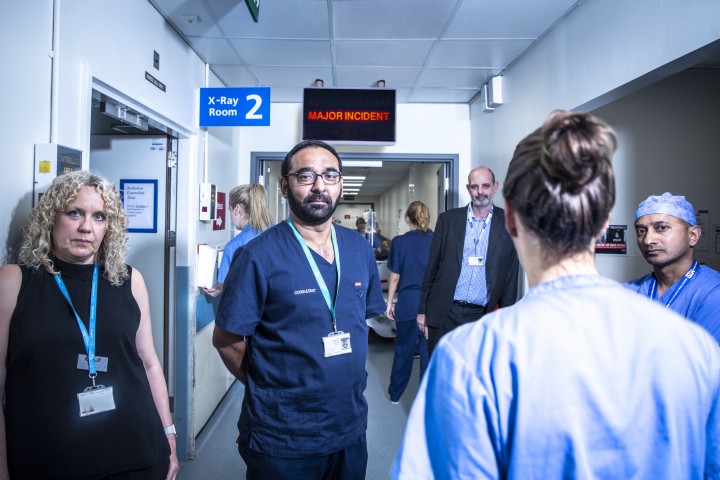 To accompany the cameras, all the programme’s producers were given Canon EF 24-105mm f/4L IS USM and EF 16-35mm f/2.8L III USM lenses to use as standard. The EF 24-105mm features Canon’s three-stop Image Stabilizer (IS) which makes it ideal for the kind of handheld work needed throughout Hospital. This let the operators use shutter speeds of up to three stops slower than normal with no increased image blur from camera shake. Williamson said the lens operated really well in Hospital’s “fast-moving environments likes the Major Trauma centre.”

The four episodes of series two of Hospital are currently airing weekly on Monday nights on BBC Two.

Founded in 1937 with the specific goal of making the best quality camera available to customers, Canon’s tireless passion for the Power of Image has since extended its technology into many other markets and has established it as a world leader in both consumer and business imaging solutions.  Its solutions comprise products, ranging from digital compact and SLR cameras, through broadcast lenses and portable X-ray machines, to multi-function and production printers, all supported by a range of value added services.

Canon invests heavily in R&D to deliver the most innovative products and services to satisfy customers’ creative needs. From amateur photographers to professional print companies, Canon enables each customer to realise their own passion for image.

Canon’s corporate philosophy is Kyosei – ‘living and working together for the common good’. In EMEA, Canon Europe pursues sustainable business growth, focusing on reducing its own environmental impact and supporting customers to reduce theirs using Canon’s products, solutions and services. Canon has achieved global certification to ISO 14001, demonstrating a world-class environmental management standard.