MELVILLE, N.Y, September 1, 2015 – Canon U.S.A., Inc., a leader in digital imaging solutions, today announced that its parent company, Canon Inc., is developing an LCOS projector capable of displaying video and still images at a resolution up to 4,096 x 2,400 pixels with 5,000 lumens of brightness*. This level of definition surpasses the 4,096 x 2,160 pixel-resolution of 4K digital cinema. 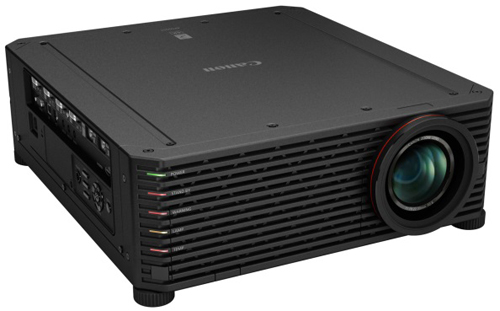 Tracing its beginnings to the movie industry, 4K-resolution content has been gaining traction in various market segments. Amid ongoing advances in image quality and definition made possible by the introduction of a growing number of 4K production tools, Canon is leveraging its proprietary optical technologies to make its entry into the 4K projector market in 2016.

In addition to a growing demand for high-resolution, high-quality imaging performance, there is an increased need for projectors that enable projection from close-range installation locations to facilitate use in settings/applications with limited available space such as in museums, and in driving and flight simulators. In response to these needs, Canon is developing the 4K projector as a new model within its REALiS series that not only achieves high brightness and ultra high-resolution, but also has a compact and lightweight body.

Equipped with three ultra high-definition 4,096 x 2,400 pixel LCOS panels, the Canon 4K projector under development is being designed to support the projection of bright, high-definition content that exceeds the resolution offered by 4K digital cinema. While increases in brightness performance for projectors commonly require larger lamps and cooling systems, resulting in increases in projector body size, Canon’s proprietary AISYS optical system delivers bright 5,000 lumens performance while making significant reductions in body size and weight. Additionally, the projector will feature a newly developed 4K wide-zoom lens capable of projecting large images from a short distance, as well as an optical focusing function that enables the projection of images on curved-surface screens.

Through the further enhancement of its REALiS series lineup, Canon strives to respond to the diverse needs of users.