“As the world leader in production of interchangeable lenses, having produced over 110 million EF lenses since 1987, it is with great excitement that we now introduce a revolutionary new technology to add to Canon’s unequaled optical heritage when it comes to chromatic aberration correction,” said Yuichi Ishizuka, president and COO of Canon U.S.A., Inc. “We continually strive to achieve the ideal lens performance, which has driven the development of Blue Spectrum Refractive Optics, found in the new EF 35mm f/1.4L II USM lens. This technology is yet another ‘first’ in optical design introduced by Canon to enhance the performance of our lenses for our customers.” 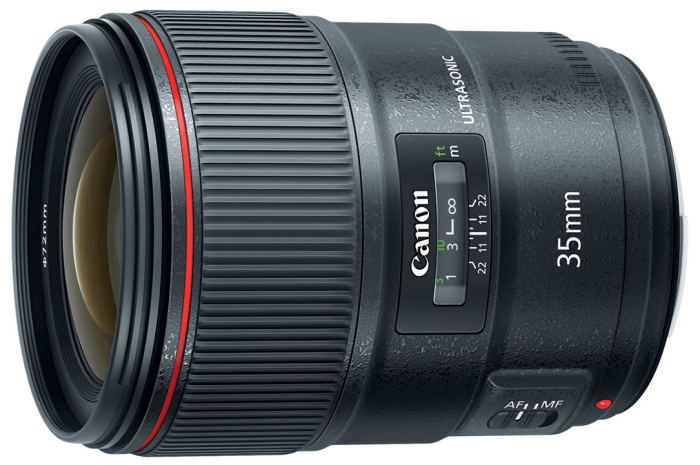 The Canon EF 35mm f/1.4L II USM lens features improved durability over its predecessor. As with all L-series lenses, this new lens is highly resistant to dust and water ─ making it ideal for outdoor photography, even in harsh conditions. The high-grade design of the lens provides users with a substantial and luxurious feel, as well as optimal operability. In addition, a fluorine coating on the front and rear lens surfaces helps to repel liquids and dust particles, and makes the lens easier to clean.

The new Canon EF 35mm f/1.4L II USM lens is compatible with 72mm filters and will be supplied with Lens Hood EW-77B and Lens Pouch LP1219. It is scheduled to be available in October 2015, for an estimated retail price of $1,799.00. For more information including specifications and an MTF chart, please visit http://www.usa.canon.com/cusa/professional/products/lenses/ef_lens_lineup/lens_wide_pro.

All referenced product names and other marks are trademarks of their respective owners.