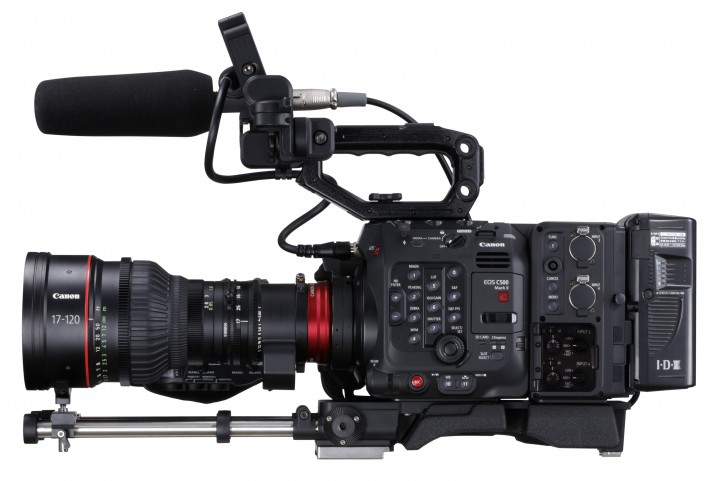 “As Canon’s position in the production industry has grown, we have sought to deliver new solutions that can perform at an elite level, while also maintaining competitive pricing to help continue to remove the barriers of great content creation,” said Kazuto Ogawa, president and COO, Canon U.S.A., Inc. “The EOS C500 Mark II encompasses the latest Canon technologies and, when teamed with the recently announced Sumire Prime Cinema Lenses and DP-V3120 4K Reference Display, forms an incredible input-to-output solution.” 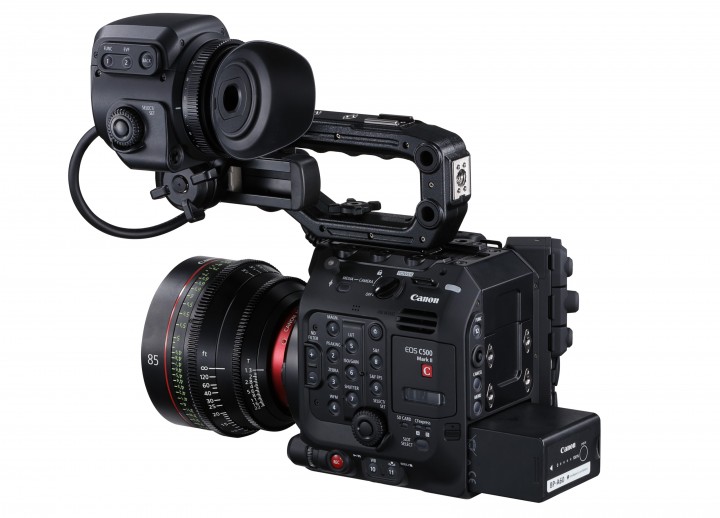 For the first time ever with a Canon camera, users are able to change the lens mount themselves without the assistance from a Canon service center. Customers can purchase the EOS C500 Mark II with a standard EF mount and then have the option to purchase either EF-lock or PL mounts. This feature provides users with the creative freedom to pair the camera with the lenses that will provide the desired look for each project they work on.

In addition to the changeable mounts, the new camera’s body is quite modular. Included are 13 accessories, such as a 4.3-inch LCD monitor and the GR-V1 grip, and users can choose from a wide range of additional accessories that allow them to configure the EOS C500 Mark II to their preferences. Optional accessories include the EVF-V70 electronic viewfinder, SU-15 shoulder support unit and EU-V1 and EU-V2 expansion units. The EU-V1 expansion unit allows for gen-lock, sync out, remote use and ethernet connection, while EU-V2 expansion unit features those functions plus a V-mount battery connection, two analog XLR audio ports and 24v DC Out. 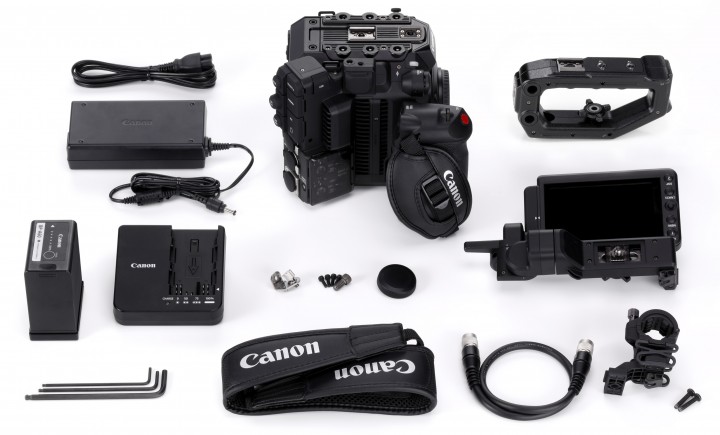 Additional features of the Canon EOS C500 Mark II include: 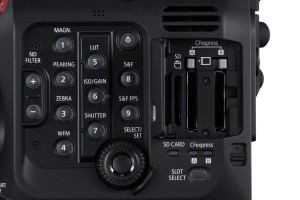 The Canon Cinema EOS C500 Mark II is scheduled to be available in December 2019 for an estimated retail price of $15,999.00*. For more information, including accessory prices and availability, please visit cinemaeos.usa.canon.com.

Canon U.S.A., Inc., is a leading provider of consumer, business-to-business, and industrial digital imaging solutions to the United States and to Latin America and the Caribbean markets. With approximately $36 billion in global revenue, its parent company, Canon Inc. (NYSE:CAJ), ranks third overall in U.S. patents granted in 2017† and is one of Fortune Magazine’s World’s Most Admired Companies in 2018. Canon U.S.A. is committed to the highest level of customer satisfaction and loyalty, providing 100 percent U.S.-based service and support for all of the products it distributes in the United States. Canon U.S.A. is dedicated to its Kyosei philosophy of social and environmental responsibility. In 2014, the Canon Americas Headquarters secured LEED® Gold certification, a recognition for the design, construction, operations and maintenance of high-performance green buildings.

* Specifications, availability and prices are subject to change without notice. Actual prices are set by individual dealers and may vary.