Recently:
You are at:Home»News»Dancing Fox tours Ireland with JVC GY-LS300

Based in St. Louis, Mo., Dancing Fox Pictures was hired by Monaghan Productions, also in St. Louis, to serve as cinematographers and crew for the production. Dancing Fox specializes in multi-camera event coverage, promotion videos, and cinema services. The company purchased its GY-LS300s in June just prior to the shoot.

Dancing Fox co-founder Elliott Geolat went to Ireland in June and July, conducting interviews and collecting B-roll footage across the country, from remote rural villages to Dublin. “We needed something portable and cinematic, and something that would be fast to use,” said Geolat, who shot most of the footage. “The GY-LS300 is a cinema camera that handles like an ENG camera. It was fast and handy, but delivered an image that was filmic.” 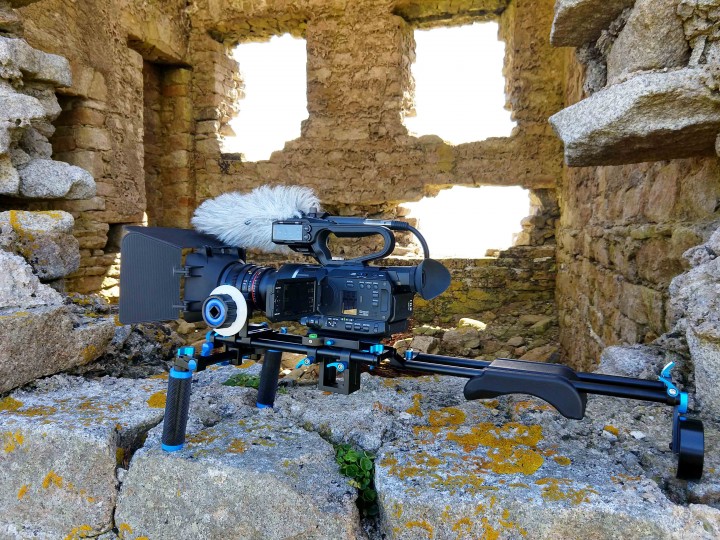 The documentary, which should be completed in early 2019, explores several causes of Irish displacement, including emigration to other countries to seek employment, mass evictions by vulture funds, a growing homeless crisis, and citizens with low-paying jobs who are unable to afford housing. The story reflects the life of My Ireland director and producer Anthony Monaghan, who left the country when he was 15 to find employment.

Most of the interviews were scheduled, but some were added during the shoot. For the impromptu interviews, Geolat needed to be able to setup quickly, often in locations where lighting was far from ideal. “It’s a compact camera, but all the external controls are at my fingertips. It’s so fast to setup,” he said. “I spent more time leveling the tripod than prepping the camera for a shot.”

For My Ireland, Geolat paired his GY-LS300s with three Rokinon Cine DS prime lenses. To create a cinematic look, My Ireland was shot in 4K/24p in J-Log mode, which expands dynamic range by 800 percent with film-like latitude. “I didn’t want to make a documentary with a small-chip look,” Geolat explained, “so that Super 35 sensor gave plenty of depth of field. It’s as shallow as you’d ever want it.”

While Geolat avoided on-screen zooms to maintain a more cinematic look, he did use the camera’s Prime Zoom feature, which allows fixed-focal lenses to zoom in and out without losing resolution or depth of field, for some shots. “The Prime Zoom feature is amazing,” he noted. “If I needed to zoom in a pinch, I could get closer without moving the tripod.” 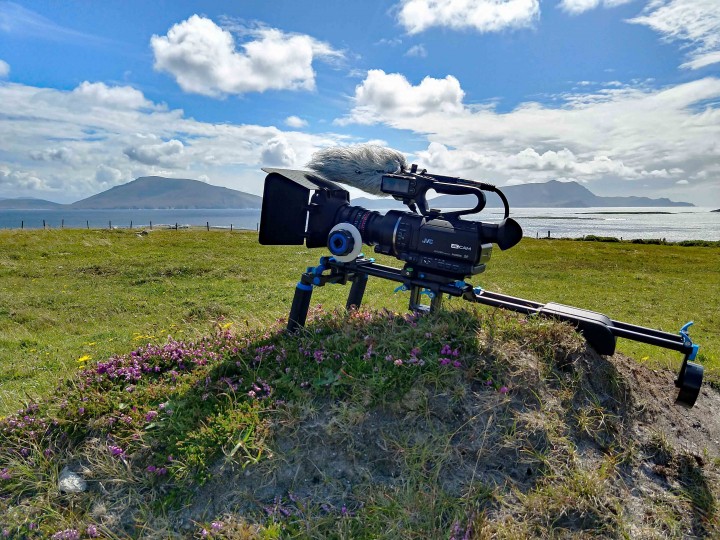 Geolat recently shot additional footage for My Ireland in St. Louis with Dancing Fox co-founder Christopher Gibbs, and is already planning to use the cameras to shoot a full-length narrative feature next year. He praised the GY-LS300’s streamlined menu, built-in neutral density filters, and low-light performance. “Usually the words ‘cinema’ and ‘budget’ don’t go together, but they do in this camera,” Geolat said. “At its price point, it offers a set of features that you just don’t find. This is the best budget cinema camera in the world.”