Valhalla, N.Y., April 3, 2019 – The Optical Devices Division of FUJIFILM North America Corporation has unveiled the new Premista series of cinema zoom lenses, which deliver the full benefits of large format sensor cameras with stunning optical quality. Premista will make its debut at ASC Clubhouse the first week of April and will also be shown at NAB Show in Las Vegas, April 8-10 at Fujifilm/FUJINON booth C7225.

For 17 years, Fujifilm has been making high-quality optics for Super-35 sensor cameras in the very successful FUJINON Premier, Cabrio and MK ranges of lenses. In recent years, many digital cinema camera manufacturers have launched cameras equipped with large format sensors to give cinematographers a different format to help them bring their vision to the screen. Consequently, there is now demand for zoom lenses that not only cover the image circle of the new sensors, but that also provide high optical performance and versatility. 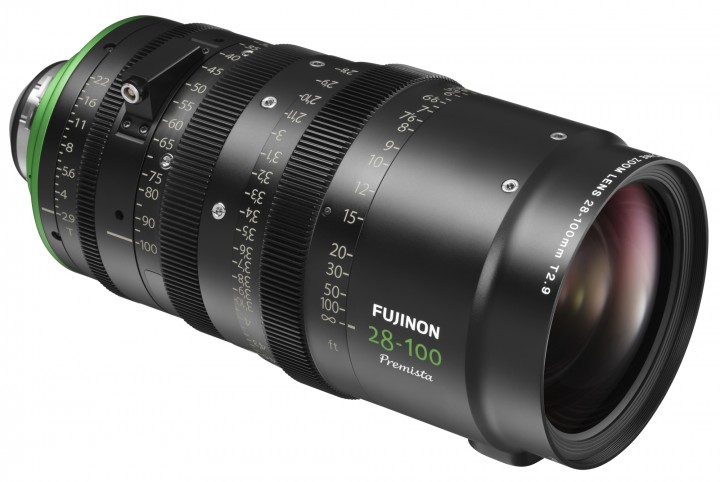 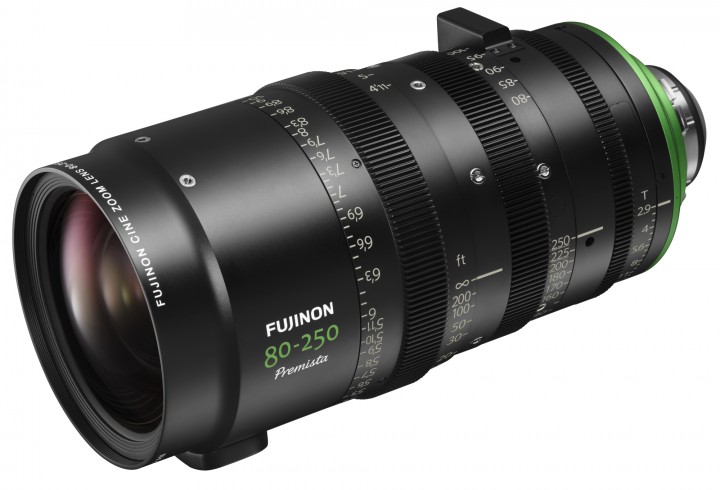 The Premista 28-100mm is a standard zoom lens that covers 28-100mm focal lengths. Since this is normally covered by six different prime lenses, the lens can help to save time frequently spent changing lenses on productions. It is especially convenient when the camera is on a crane or helicopter where it is often difficult to access the lens.

A new 13-blade iris allows for a pleasant bokeh effect and a wide dynamic range of light can be captured thanks to dedicated optical design to suppress unwanted flare and ghosting. Thanks to its large-diameter aspherical lens elements and new focus/zoom system, the Premista series achieves stunning optical quality from the center to the corner at all focal lengths.

The lens weighs only 3.8kg/8.3 lbs., yet is still very durable, allowing professional use even in harsh conditions. The focus ring has a 280-degree angle turn with smooth torque.

Fujifilm has been deeply rooted in the film industry since its first product, motion picture film, was launched in 1934. Fujifilm started research and development of cine lenses in 2000; 17 years later, FUJINON Cine Zoom Lenses were awarded a 69th Engineering Emmy® Award by the Academy of Television Arts and Sciences.

Fujifilm will introduce the “Premista” series as part of the current lineup of Premier HK, Cabrio ZK / XK and MK lenses to meet the diverse needs at the frontlines of film production.

FUJIFILM Holdings Corporation, Tokyo, Japan brings cutting-edge solutions to a broad range of global industries by leveraging its depth of knowledge and fundamental technologies developed in its relentless pursuit of innovation. Its proprietary core technologies contribute to the various fields including healthcare, graphic systems, highly functional materials, optical devices, digital imaging and document products. These products and services are based on its extensive portfolio of chemical, mechanical, optical, electronic and imaging technologies. For the year ended March 31, 2018, the company had global revenues of $23.0 billion, at an exchange rate of 106 yen to the dollar. Fujifilm is committed to environmental stewardship and good corporate citizenship. For more information, please visit: www.fujifilmholdings.com

All product and company names herein may be trademarks of their registered owners.