Recently:
You are at:Home»News»My RØDE Reel is back, with biggest prize pool yet…

Tuesday, 1st March 2016, Sydney Australia – Leading pro-audio brand RØDE Microphones is excited to announce ‘My RØDE Reel’ is back for its third year and is bigger and better! With close to 5,000 video submissions from 89 countries, ‘My RØDE Reel’ has not only become the world’s largest short film competition, but has also established itself as a staple amongst the global filmmaking community.

RØDE Microphones launched ‘My RØDE Reel’ three years ago to huge international engagement. The competition returns in 2016 with an increased total prize pool of more than $300,000 and more awards than ever before. 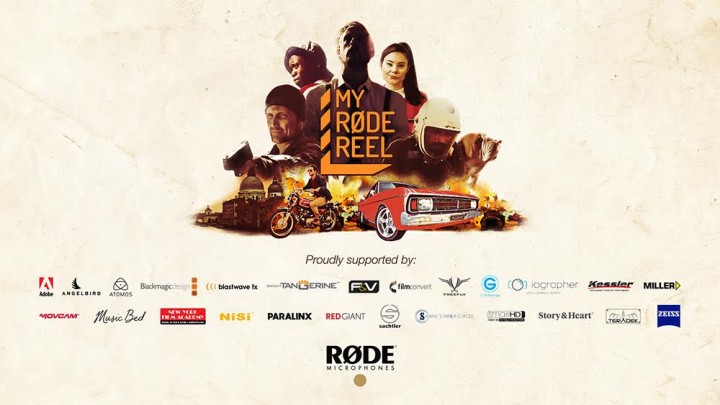 From amateur to professional – all filmmakers are encouraged to take part and tell their story. To enter ‘My RØDE Reel’, people are required to create a short film of three minutes or less, as well as a behind-the-scenes reel that features a RØDE product being used during the production of the film. The entry kit is available now at www.myrodereel.com.

Additional technical and genre awards are available for Best Sound Design, Best Soundtrack and more, with a prize pack being awarded for each. And for the first time in 2016, RØDE has introduced a new genre award ‘Music Video’ to acknowledge filmmaking’s many and expanding forms.

“We’re extremely excited to launch My RØDE Reel for 2016.” commented Scott Emerton, RØDE’s Global Marketing Manager. “Over the past two years we’ve seen the global filmmaking community really get behind the competition and create some incredible cinematic experiences.”

“Historically entries have been largely male dominated, however we’re aiming to correct that this year with the addition of a Female Filmmaker award specifically designed to encourage women of all ages to get behind the camera and take part in My RØDE Reel.” he continued.
Entries for ‘My RØDE Reel’ are open from March 1st and close June 1st 2016. RØDE has provided a free entry pack, which is available now by registering at www.myrodereel.com.

RØDE Microphones (www.rode.com) designs and manufactures high-quality microphones and related accessories for studio, live and location use. Its products are designed and primarily manufactured in Sydney, Australia and exported to over 100 countries globally.