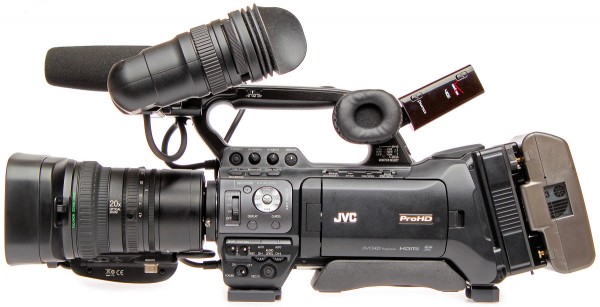 “We believe the future is with the live video streaming and FTP service fully integrated into the camera, as demonstrated with the new GY-HM890 and GY-HM850,” explained Edgar Shane, general manager of engineering, JVC Professional Products. “With the recent advancements in 4G LTE availability and bandwidth, service providers can deliver reliable high-speed connections that can support HD streaming with a single modem. This technology is here now, and will continue to progress and improve.”

Each camera features a built-in processor with proprietary algorithms that maximize bandwidth to ensure reliable transmission even under difficult conditions. Plus, advanced content aware error correction compensates for up to 30 percent packet loss. Streamconfidence provides stream and LTE status in the high-resolution 4.3-inch LCD monitor and LCOS color viewfinder. 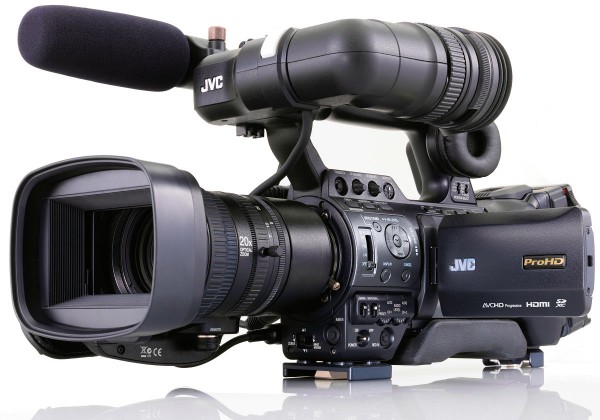 The cameras provide secure FTP file transfer on location, as well as live monitoring and extensive camera and lens control via Wi-Fi from a smartphone or tablet (iPhone, iPad, or Android). For broadcasters who use metadata, a built-in GPS allows location information to be recorded. Plus, metadata can be edited on a smartphone or tablet and transferred to the camera via Wi-Fi.

The GY-HM850 and GY-HM890 are also compatible with JVC’s Professional Streaming Services, also announced today, which include the new JVC Broadcaster server powered by Zixi for reliable live content delivery to variety of hardware decoders, CDNs, and Web.

Beyond ENG, the GY-HM890 is a versatile studio or multi-camera field production camera, with a 68-pin connection that accommodates JVC fiber or multi-core camera modules. Compatible with a full range of components, including customized studio sled, zoom and focus controls, CCUs, and 8.4-inch LCD viewfinder, as well as box-style lenses from Canon and Fujinon, the GY-HM890 is an ideal choice as an HD studio camera. 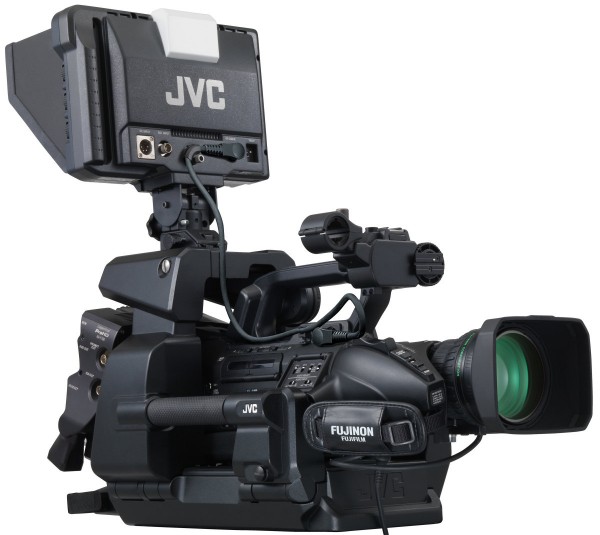 “The new HM800 Series are the most feature-rich ProHD camcorders we’ve ever produced. They truly provide broadcasters the tools to be first on-air and first online,” said Craig Yanagi, manager, marketing and brand strategy, JVC Professional Products. “With a 4G LTE modem that you plug directly to the camera or a 4G LTE Mobile Hotspot that you keep in your pocket, you can go live to the broadcast studio or the Web. Add the new technology standards of broadcast ENG delivery with the full studio capabilities of the GY-HD890 and this is by far the most innovative line of professional camcorders available today.”

The GY-HM890 also includes an HD/SD-SDI Pool Feed input that can record and stream video and audio from another camera or SDI source during press conferences or other pool feed environments. The cameras also support LANC remote controllers as well as JVC’s proprietary wired remote control system.