Recently:
You are at:Home»News»Panasonic Announces Lumix DMC-G7 with 4K Video

NEWARK, N.J., May 18, 2015 — Panasonic is proud to introduce the LUMIX DMC-G7. The revolutionary Panasonic LUMIX G7 offers Panasonic’s exclusive 4K PHOTO feature that taps the high resolution of 4K Ultra HD video to improve the speed of photo capture. With the exclusive 4K PHOTO feature you are able to pause and extract high resolution pictures from 4K video so you will never again miss that one special moment. The LUMIX G7 is also compatible with over 24 compact lens options and is built on the next generation interchangeable lens camera standard (Micro Four Thirds) that is “Changing Photography” and pioneered by Panasonic. The “Mirrorless” Micro Four Thirds design enables a lighter, more compact camera body, while also offering cutting-edge 4K video, audio, creative controls, wireless, super-fast intelligent-focusing and exposure technologies not possible with traditional DSLRs. The LUMIX G7 will be available at shop.Panasonic.com and LUMIX authorized retailers. 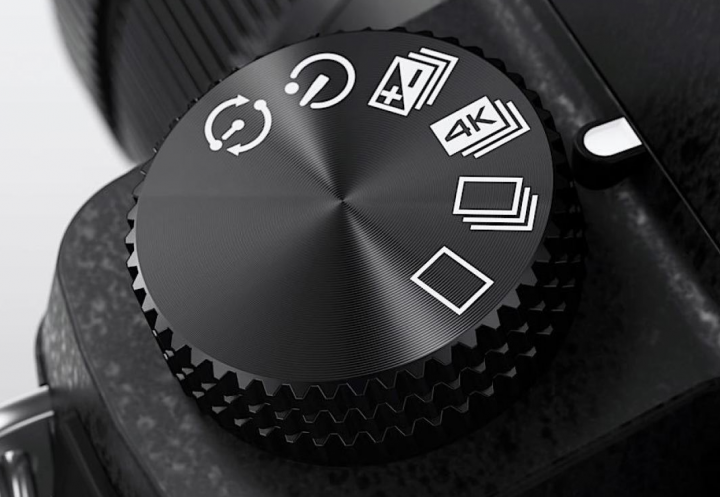 Taking advantage of 4K video recording capability, users can lock in on a split-second photo using the exclusive “4K PHOTO” feature on the LUMIX G7. With 4K PHOTO, users can extract fleeting photo moments at 30 frames per second in printable 8-megapixel equivalent resolution, by playing back and extracting a precise photo frame of a special moment from the 4K file to save as a photo. Three new exclusive functions are offered to make 4K photography even easier; 4K Burst Shooting, 4K Burst S/S (Start/Stop) and 4K Pre-burst. The 4K Burst Shooting allows almost *unlimited shooting at 30 fps, which can be initiated by pressing the shutter button and releasing it once you are satisfied the image has been captured. The 4K Burst S/S (Start/Stop) mode starts consecutive shooting with a single press of a shutter button and stops it with the second press, which is more suitable for the shooting opportunities requiring longer waiting time. And the 4K Pre-burst automatically records a total of 60 images right before/after the shutter release. All of three 4K Photo modes allow you to save images in 8-megapixel equivalent high resolution; 3840×2160 (16:9), 3328×2496 (4:3), 3504×2336 (3:2), 2880×2880 (1:1) without missing that unique photo opportunity. 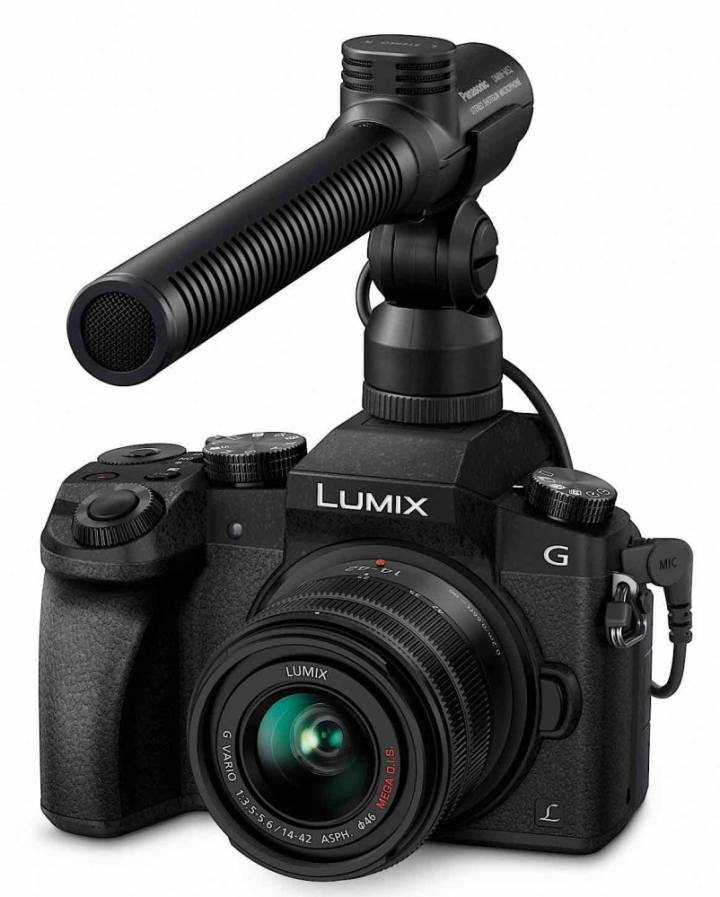 The LUMIX G7 integrates a 16.00-megapixel Digital Live MOS Sensor that achieves both higher resolution and higher sensitivity image recording with minimum noise. The Venus Engine image processor with quad-core CPU enables high speed signal processing. The advanced Multi-process NR (Noise Reduction) applies effective noise reduction and detail processing according to each component frequency. Plus, newly added Random Filter reduces chromatic noise in the image even more naturally. As a result, ISO 25,600 is achievable. The Venus Engine also improves accurate reproduction of each color not only in color phase but also in saturation and luminosity. In addition, the Venus Engine in LUMIX G7 excels in diffraction compensation making the resulting image crisp and clear even when shot at a small aperture.

The LUMIX G7 uses Contrast AF for its focus system that excels in both speed and accuracy. The LUMIX G digital interchangeable lens is capable of digital signal communication at max. 240 fps, allowing focusing that is impressively quick and smooth. The Contrast AF system in the G7 is further enhanced by Panasonic’s integration of DFD (Depth from Defocus) technology, originally introduced in the now legendary LUMIX GH4, which even shortens the time to focus. It calculates the distance to the subject by evaluating two images with different sharpness levels while consulting the data of optical characteristics of the current lens at that moment. As a result, the LUMIX G7 achieves ultra-high speed AF of approx.0.07 sec*2. This improvement becomes even more beneficial as focal length increases. The speed of burst shooting is dramatically faster than its predecessor the G6, boasting high speed burst shooting at 8 fps (AFS) / 6 fps (AFC) to capture fast moving subjects accurately in-focus.

The Low Light AF makes it possible to set focus on the subject more precisely even without an AF assist lamp in extremely low-lit situations all the way down to -4EV, which is as dark as moonlight. Furthermore, the LUMIX G7 newly integrates Starlight AF which allows users to shoot a star in the night sky with auto focus. This can be achieved by accurate calculation of contrast value in each tiny AF zone. 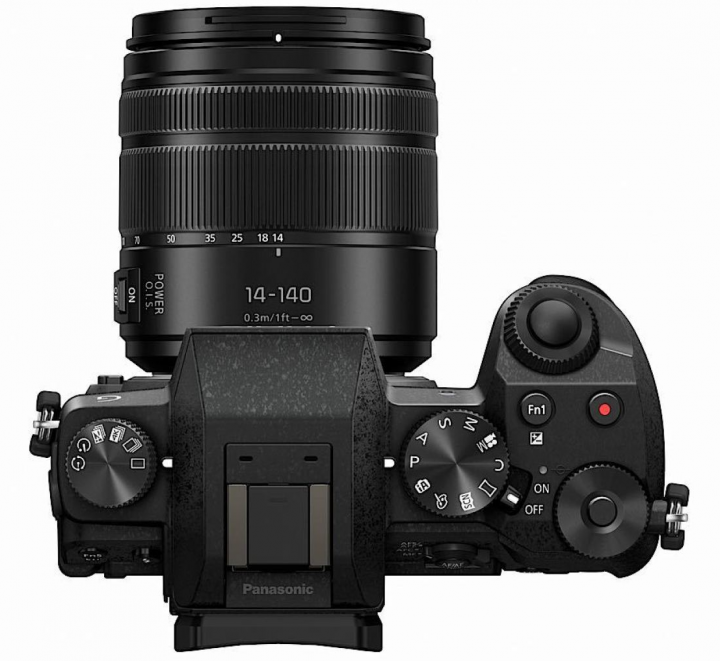 In addition to the conventional Face Recognition AF, the LUMIX G7 incorporates Face / Eye Detection AF which automatically sets focus right on the eye of human face. With the Pinpoint AF, users can magnify the target area to set precise focus. With the new algorithm of AF Tracking, not only the color but also the size and motion vector of the target are recognized, enabling the camera to lock on the subject even more securely. The result is AF tracking performance of approx.200% or greater which prevents the camera from losing the subject*3.

To further enhance the ease of use in capturing 4K photos, the LUMIX G7 comes with a new drive mode dial in addition to the front/rear dials for the first time among all LUMIX G cameras. The drive mode dial enables activating 4K photo mode very quickly. Users can change settings such as aperture, shutter speed with the front/rear dials and can also customize the assignment of functions as well as on Fn buttons. It is also possible to make a temporary shift of dial functions with Dial Operation Switch. For example, users can adjust white balance with a front dial and set ISO with a rear dial while choosing the shutter speed or seeing the noise effect, which is helpful in complex lighting situations. Either AFS/AFC/MF can be switched with the dedicated focus lever.

The LUMIX G7 boasts a high-precision, high-speed dual OLED (Organic Light-Emitting Diode) displays for the LVF (Live View Finder). Increasing the resolution of display area to 2,360K-dot, the LVF boasts approx.1.4x / 0.7x (35mm camera equiv.) magnification and 100% field of view and eye point of approximately 17.5 mm. Thanks to the newly designed large eyecup, the visibility of LVF is dramatically improved. The image output between the LVF and the rear monitor is switched automatically with the eye sensor on the LVF. Adoption of OLED achieves high speed response with minimum time lag while enhancing the resolution. Notably, the OLED for the LVF in the LUMIX G7 boasts 10,000:1 high contrast for superior color reproduction. Now the excellent visibility comes closer to the Optical View Finder. On the other hand, live view image can be displayed in monochrome through the LVF which enables shooting concentrating on contrast. 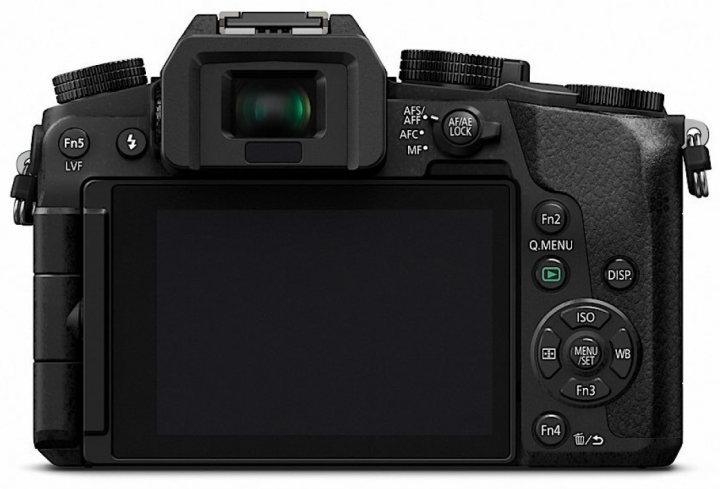 Adopting a static-type touch control system, the 3-inch free-angle rear monitor with 1040K-dot high resolution features approx.100% field of view. Notably, it boosts the maximum luminance by more than 50% compared with the predecessor. As a result, the LUMIX G7 secures higher visibility even in the sunny outdoors.

Last but not least, the LUMIX G7 is equipped with a large, ergonomically designed grip. It fits well in the users hand and offers stable grip even in one hand.