Recently:
You are at:Home»News»Panasonic announces the GH5S, their Ultimate Hybrid DSLM 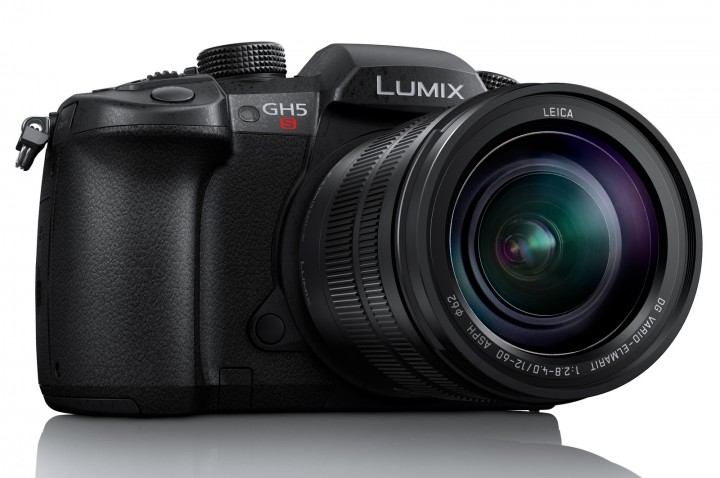 Packed with big features to satisfy demanding photographers and videographers alike
The new 10.2-megapixel Digital MOS Sensor with Dual Native ISO Technology and Venus Engine 10 faithfully reproduce even dark parts of the image, allowing high ISO capture when the use of supplemental lighting may not be possible. This sensor is a multi-aspect type with a sufficient margin for realizing the same angle of view in 4:3,17:9,16:9 and 3:2 aspect ratios. The sensor also enables photo shooting in 14-bit RAW format, providing higher flexibility for professional RAW stills development workflows. When shooting in dark environments, videographers can now focus on filming that perfect shot as they no longer need to worry about noise which often results from having to use higher ISOs. The Dual Native ISO Technology suppresses noise to produce cleaner footage when taken in all light. Both videographers and photographers can now enjoy the same diagonal field of view across all aspect ratios with the True “Multi-Aspect Ratio” Function. This feature means you can easily swap between difference aspect ratios giving you the accuracy you want from your lenses, and making the process easier while producing and editing in post-production. The LUMIX GH5S is compatible with Time Code IN and OUT, like the professional camcorders, which is easy to set using the flash sync terminal and bundled conversion cable for a standard BNC terminal. This is especially important for “lip synchronization” when using multiple cameras.

The LUMIX GH5S can be used as a TimeCode generator for other GH5S cameras and professional camcorders. The TimeCode IN/OUT functionality makes a production teams job pain-free as it provides synchronization for both video and audio devices used on multi-cam productions.

Continuing the LUMIX GH tradition, there is no time limit for both Full-HD and 4K video recording. The LUMIX GH5S complies with 4K HDR video with Hybrid Log Gamma (HLG) mode in Photo Style. A low-bit-rate recording mode, 4K HEVC for HLG, is available. This enables playback on AV equipment compatible with the HLG Display format, such as Panasonic 4K HDR TVs.

Achieve outstanding footage in any environment, especially in low light
As a camera that excels in shooting in low light, the LUMIX GH5S boasts -5EV luminance detection performance with Low Light AF thanks to the higher sensitivity and optimized tuning of the sensor. Live Boost is another practical feature that makes it possible to check the composition even in total darkness, by boosting the sensitivity just for Live View. The magnification ratio in MF assist is increased from conventional 10x to 20x, which is convenient especially for astronomical photography. An AF Point Scope function, first introduced in the Lumix G9 and Night mode are also integrated.

In order to make the GH5S tough enough to withstand even heavy field use, it is composed of a magnesium alloy full die-cast front, rear and top frame that is not only splashproof7 and dustproof but also freezeproof down to -10 degrees Celsius. The GH5S is equipped with a double SD Memory Card slot, compatible with the high-speed, high-capacity UHS-II and Video Speed Class 90. Users can flexibly choose the recording method from Relay Recording, Backup Recording or Allocation Recording. The HDMI Type A terminal is provided, along with the USB-C Gen1 interface.

The GH5S includes Bluetooth and Wi-Fi® connectivity to offer a more flexible shooting experience and instant image sharing with easy operation. Compatibility with Bluetooth 4.2 (called BLE: Bluetooth Low Energy) enables constant connection with a smartphone/tablet with minimum power consumption. For Wi-Fi, 5 GHz (IEEE802.11ac)8 can be selected in addition to the conventional 2.4 GHz (IEEE 802.11b/g/n) for an even more secure and stable connection.

The Panasonic LUMIX GH5s will be available from end of February 2 and will retail for $2499 (body only).

*1 RAW files are in 14-bit even when 12-bit is selected.
*2 4K 60p/50p(for a Digital Single Lens Mirrorless Camera), 4:2:2 10-bit (for a digital interchangeable lens camera) as of 4 January, 2017
*3 As of January 8, 2018 as a Digital Single Lens Mirrorless camera that complies with 4K (4096×2160) resolution defined by Digital Cinema Initiatives(DCI). According to a Panasonic study.
*4 4:2:0 8-bit in C4K 60p and 4K 60p recording on an SD Memory Card.
*5 Contrast AF with DFD Technology works only with Panasonic Micro Four Thirds lenses.
*6 In AFS, at wide-end with H-ES12060 (CIPA) when LVF display speed is set to 120fps.
*7 Splash Proof is a term used to describe an extra level of protection this camera offers against exposure to a minimal amount of moisture, water or dust. Splash Proof does not guarantee that damage will not occur if this camera is subjected to direct contact with water.
*8 5GHz Wi-Fi is not available in some countries.
*9 In MOV only

Based in Newark, NJ, Panasonic Consumer Electronics Company is a division of Panasonic Corporation of North America, the principal North American subsidiary of Panasonic Corporation. The company offers a wide range of consumer solutions in the U.S. including LUMIX Digital Cameras, Camcorders, Blu-ray players, Home Audio, Technics, Cordless Phones, Home Appliances, Beauty, Grooming, Wellness and Personal Care products and more. Panasonic was featured in Fortune Magazine’s 2016 ranking of 50 companies that are changing the world and doing well by doing good. Specifically cited were its smart and sustainable technologies, including its contributions to smart cities and the electric vehicle revolution.