Recently:
You are at:Home»News»Sennheiser and Neumann showcase latest audio tools at IBC

Wedemark/Berlin, 27 August 2018 – Sennheiser and Neumann will showcase their full range of media production tools in Hall 8, Stand D50, catering to the entire breadth of content creation and production needs – from YouTubers and vloggers to film crews, studios, theatres and broadcasters.

Sennheiser will preview the SK 6212 mini-bodypack transmitter for the Digital 6000 wireless microphone system. Available in early 2019, the mini-transmitter will be an ideal choice for any broadcast, theatre or live audio show that requires an inconspicuous, ultra-compact package with the same reliable and intermodulation-free transmission as that offered by the other Digital 6000 transmitters.

The new Memory Mic, a wireless microphone for smartphones, and the accompanying video app are already developing to must-have tools for mobile journalists and content creators who rely on their mobile phone for quick and uncomplicated audio and video capture. The small, lightweight wireless microphone offers broadcast-quality sound and works at any distance from the smartphone. The free Sennheiser video app offers one-touch synchronization of audio and video, sensitivity selection to optimally adapt the mic to the speaker and a mixing function to select the optimum balance between the standard audio recorded by the smartphone and the audio recorded via the Memory Mic. 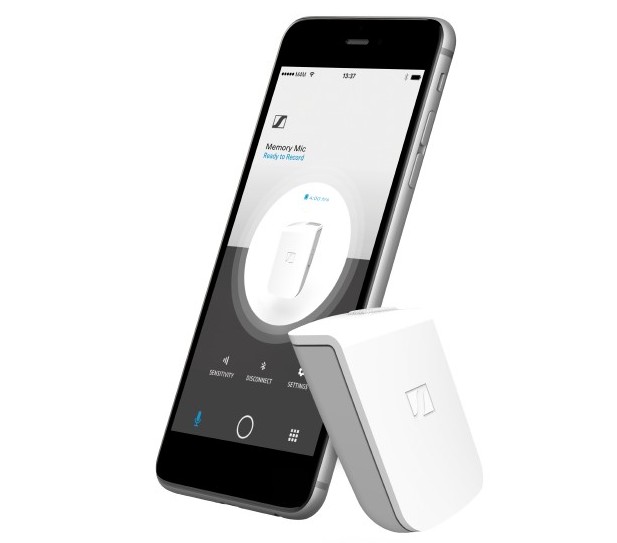 The Sennheiser Memory Mic is a professional wireless microphone for smartphones.

Sennheiser also has something new on offer for monitoring: The IE 40 PRO are the company’s entry model in a series of brand-new professional in-ears. The IE 40 PRO ensure impeccable audio reproduction with warmth, great detail and natural clarity, improving the artist’s focus and performance control even in difficult stage situations. The meticulous audio performance is complemented by a well thought-out mechanical design that includes a patent-pending, break-proof cable ducting. 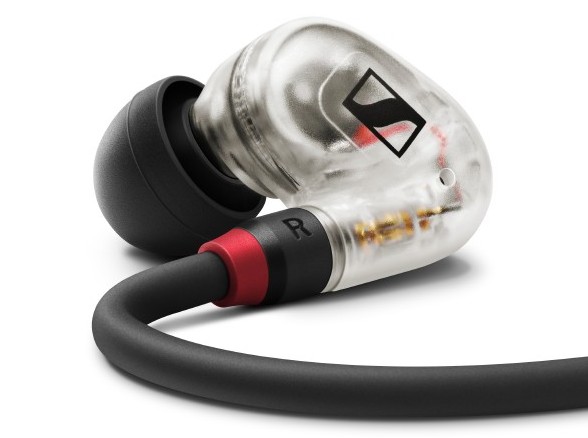 A perfect companion for wireless monitors:
The IE 40 PRO is Sennheiser’s entry model of a new series of professional in-ears.

Continuing the legacy of the classic HD 250 Linear, the HD 300 PRO monitoring headphones will make their first appearance at a European tradeshow, as will the HMD 300 PRO headset for camera operation and backstage communications. The 300 PRO series includes the HD 300 PRO and HD 300 PROtect monitoring headphones (the latter with selectable ActiveGard protection) as well as the HMD 300 PRO and single-sided HMD 301 PRO communications headsets. The headsets feature ActiveGard and a noise-compensated, super-cardioid boom microphone for clear communications in loud production environments. 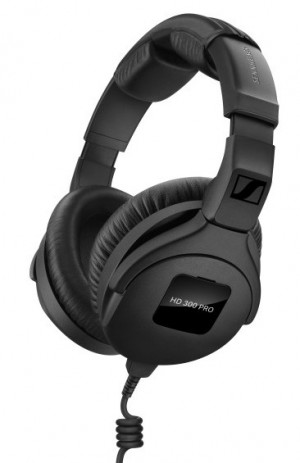 The sound reproduction of the HD 300 PRO monitoring headphones is modelled as closely as possible on the legendary HD 250 Linear.

The Essential Omni series of lavalier and headset microphones also make their European debut, closing the gap between Sennheiser’s high-end solutions for broadcast, music and theatre and the microphones supplied with its best-selling evolution wireless 100 series. The MKE Essential Omni and HSP Essential Omni bring the accepted core acoustics of the MKE 2 and HSP 2 to a new audience at an attractive price.

Highlights from studio specialist Neumann.Berlin include the re-issue of the famous U 67 tube microphone. Much loved for its smooth sound and extraordinary versatility, the U 67 was the quintessential studio workhorse throughout the 1960s, the formative years of modern music. Built to the original specifications, the U 67 comes in a vintage case, complete with an elastic suspension, a microphone cable and the redesigned NU 67 V power supply.

The workflow of binaural audio recording and processing is the main focus of AMBEO at IBC. In addition to microphone solutions such as the Neumann KU 100 binaural head, as well as the Sennheiser AMBEO Smart Headset and AMBEO VR Mic, the dearVR Spatial Connect mixing software from Sennheiser partner Dear Reality will be demoed. There will also be a variety of binaural audio recordings to round off the presentation. 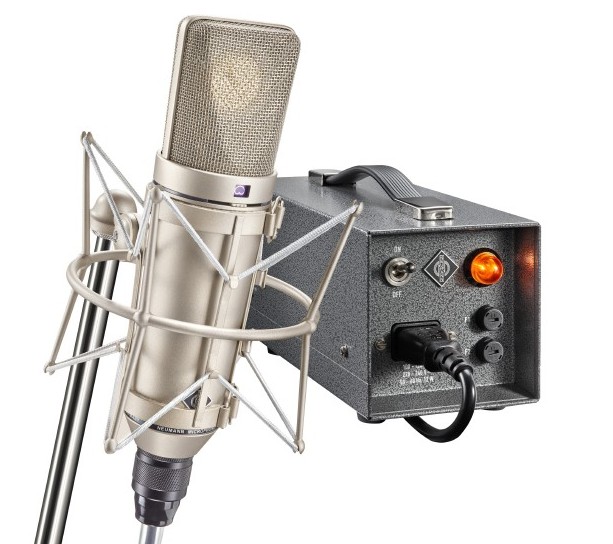 Studio specialist Neumann.Berlin will showcase the re-issue of its legendary U 67 tube microphone.

About Sennheiser and Neumann

Shaping the future of audio and creating unique sound experiences for customers – this aim unites Sennheiser employees and partners worldwide. Founded in 1945, Sennheiser is one of the world’s leading manufacturers of headphones, microphones and wireless transmission systems. With 21 sales subsidiaries and long-established trading partners, the company is active in more than 50 countries and operates its own production facilities in Germany, Ireland, Romania and the USA. Since 2013, Sennheiser has been managed by Daniel Sennheiser and Dr. Andreas Sennheiser, the third generation of the family to run the company. As part of the Sennheiser Group, Georg Neumann GmbH, known as “Neumann.Berlin”, is the world’s leading manufacturer of studio microphones. Founded in 1928, the company has been recognised with numerous international awards for its technological innovations. Since 2010, Neumann.Berlin have expanded their expertise in electro-acoustic transducer design to also include the studio monitor market. In 2017, the Sennheiser Group generated turnover totaling €667.7 million.
www.sennheiser.com | www.neumann.com