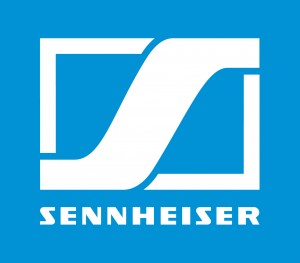 Washington, D.C. – July 13, 2017 – The U.S. Federal Communications Commission (FCC) today ratified an Order on Reconsideration and Further Notice of Proposed Rulemaking concerning the use of the frequency spectrum that will impact all wireless microphone users. The Order on Reconsideration ensures that wireless audio applications both now and in the future will continue to flourish. Having considered the thorough and relentless input of wireless microphone specialist Sennheiser and many others in the audio community, the FCC ruling modifies initial guidelines that may have negatively impacted manufacturers, owners and operators of wireless microphone equipment in their original form.

Sennheiser filed a Petition of Reconsideration with the FCC in December of 2015 following the initial announcement of new regulations, timed to coincide with the upcoming incentive auction and reallocation of the 600 MHz frequency spectrum. Sennheiser’s filing elucidated practical concerns for manufacturers and users of wireless microphones in day-to-day applications as well as proposing potential solutions. The FCC studied Sennheiser’s proposals and the input of others during the intervening year and a half, and the Order on Reconsideration has made many of the audio specialist’s proposals a reality.

“We sincerely applaud the FCC staff for their work and due consideration on this Order and proposed rulemaking,” says Joe Ciaudelli, Director of U.S. Spectrum Affairs for Sennheiser. “This represents a very positive outcome for our customers and all professional wireless microphone users. Clearly the FCC listened to the needs of the professional production community and worked hard to provide a solution.”

The Order on Reconsideration is wide-ranging and affects several key provisions of the guidelines passed in August of 2015. According to Sennheiser, the Commission had initially created an out-of-band emission (OOBE) standard that might have resulted in unintended consequences. With the ratification, the FCC has now adopted the established European Telecommunications Standards Institute (ESTI) OOBE standard, which achieves the intended goal of protecting the use of adjacent frequency bands and harmonizes with international standards — allowing users to operate the same equipment in multiple countries in many cases.

Additionally, the Order will enable legacy equipment that operates within the 600 MHz band to be modified to comply with the new regulations, saving a significant amount of still operational wireless gear from costly pre-mature obsolescence following the transition period.

In the Future Notice of Proposed Rulemaking the Commission states its intention to expand license eligibility, allowing many organizations that stage sophisticated productions but do not qualify for an FCC license under current rules the ability to obtain a license. This was opposed by a mega-sized multi-conglomerate that desires UHF channels for operation of unlicensed white space channels. Licensed microphone operators are able to reserve channels for interference protection from unlicensed devices when they stage their productions — a vital privilege that will help organizations like high-quality regional theaters ensure smooth, professional wireless audio operation. Sennheiser submitted a timely filing in response to the opposing party to outline these issues while defending the interests of wireless microphone operators, illustrating that the ability to reserve “white space” frequencies for professional wireless use is integral to effective operation of wireless microphone systems in real-world applications.

A provision that would have required the exclusive use of proprietary connectors for unlicensed wireless equipment with detachable antennas has been modified by the Order to allow the use of standard connectors. Acknowledging the importance of unlicensed users within the wireless sector, the move ensures that replacement antennas and cabling can be procured quickly and easily from a wide range of sources, allowing reliable day-in, day-out operation even in the case of cable failure.

A Path for Innovation

The Order will provide design flexibility for wireless gear manufacturers by allowing the output power of wireless devices to be measured either as effective isotropic radiated power (EIRP) or conducted power at the output at the antenna terminal. This approach allows engineers greater latitude in designing equipment with internal antennas or the larger antennas demanded in lower frequencies.

The Order also addresses concerns regarding specific bands and their applications. The specified frequencies of the 169-172 MHz band have now been optimally coordinated for microphone use, allowing more mics to operate in this band. The Commission specifically adopted a proposal by Sennheiser for optimal frequency coordination within this band.

The Commission also clarified details regarding the 1435-1525 MHz band, used for large-scale events of over one hundred microphones. The Commission clarified that the 30 MHz spectrum use limit in the 1435-1525 MHz band pertains to a single operator. Multiple authorizations that, in total, utilize the full 90 MHz may be assigned to different operations within an area. A single operator that requires more than 30 MHz for a mega-event can apply for a special temporary authorization (STA).

The Order also prescribes the procedure for use of the 941.5-944 MHz band, which can be useful for fixed venues such as Broadway theaters and casinos requiring house wireless microphones on distinct frequencies from those utilized by touring acts. Users will need to confer with a local Society of Broadcast Engineers coordinator and apply for a license with the FCC, which will coordinate with incumbent Federal primary users of the band.

Sennheiser is shaping the future of audio – a vision built on more than 70 years of innovation culture, which is deeply rooted within the family-owned company. Founded in 1945, Sennheiser is one of the world’s leading manufacturers of headphones, microphones and wireless transmission systems. With 20 sales subsidiaries and long-established trading partners, the company is active in more than 50 countries and operates its own production facilities in Germany, Ireland and the USA. Sennheiser has around 2,800 employees around the world that share a passion for audio excellence. Since 2013, Sennheiser has been managed by Daniel Sennheiser and Dr. Andreas Sennheiser, the third generation of the family to run the company. In 2016, the Sennheiser Group had sales totaling €658.4 million. www.sennheiser.com