“Video professionals need to deliver content for the web and mobile platforms, as well as traditional production applications,” said Chiyoko Yannette, senior marketing manager for Sony Electronics’ Professional Solutions of America group. “The HXR-NX3 is flexible enough to handle any videographer’s needs, and is destined to become the next ‘go to’ camcorder for handheld field production, combining high-quality performance, adaptability and ease of use.” 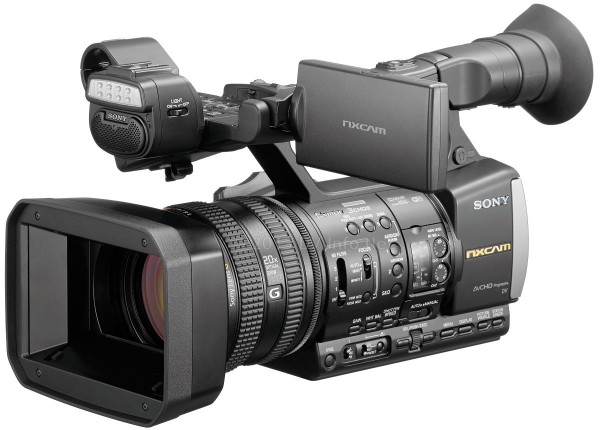 The HXR-NX3 camcorder can easily connect with other devices for remote control or file transfer. Smartphones or tablets (iOS versions 4.3 through 7.0 and Android versions 2.3 through 4.3) can remotely control the HXR-NX3 through a Wi-Fi connection and video files can be transferred from the camcorder to a smartphone (*2). Remote control features include: monitoring of camera material on the smartphone display, record start/stop, zoom, iris, touch Auto Focus (AF).

The HXR-NX3 is capable of light MP4 file simultaneous recording. The MP4 format (720p, 3Mbps) produces a network-friendly file that users can transfer wirelessly from the camcorder to a smartphone or tablet computer using the PlayMemories™ Mobile smartphone application (*3). Once transferred, the MP4 file can be uploaded to a cloud server, social media sites, video sharing sites and other platforms (*4). Users can download the PlayMemories Mobile app from the Google Play Store or App Store.

The HXR-NX3 also has a Near-Field Communication (NFC) chipset which allows users to establish a Wi-Fi connection simply by touching an NFC compatible smartphone or tablet computer on the camcorder.

Sony’s G Lens delivers image quality as well as a wide zoom range with a 28.8mm angle of view at the wide end, and a 20x optical zoom range to easily cover most shooting situations. In addition, the new LSI has a 40x “Clear Image Zoom” technology to offer 1152mm(*1) focal length with virtually the same quality as optical zoom.

The HXR-NX3 records video in the AVCHD 2.0 format, including 1080/60P, for smooth, natural subject motion. Its 60i and 24p modes provide playback compatibility with Blu-ray players. The HDMI connector provides uncompressed 8-bit 4:2:2 while shooting and allows users to record high-quality images on an external video recorder. DV format recording is also available for users who prefer a DV workflow or need to work in a DV-compatible non-linear editing environment.

The camcorder captures footage in both slow and quick motion in full HD quality, with 2x slow motion and 60x quick motion easily achievable. Dual media slots allow simultaneous recording to two SD memory cards in ‘Simul’ mode, while ‘Relay’ mode switches recording automatically to the second memory card when the first is full. Users can control the two cards independently from two recording buttons. This flexible control allows users to start/stop recording on one memory card, while continuing to record on the other, for proof recording (*5). A built-in LED video light is included above the camcorder microphone for convenient illumination in a range of shooting situations (*6).

The HXR-NX3, as well as the entire line of Sony professional camcorders, is now offered with Protection PLUS, an extended service plan with an option for accidental damage from handling.

The HXR-NX3 camcorder is planned to be available in January 2014 for a suggested list price of $3,495. For more information, visit www.sony.com/professional.

*1-35mm film equivalent
*2-WiFi operation cannot be guaranteed with all smartphones and tablet computers.
*3-PlayMemories™ Mobile is a common Sony mobile application used for Sony WiFi compatible consumer products such as Handycam®, Actioncam, α, Cybershot™ cameras and so on.
*4- MP4 recording is not available when AVCHD 50P is selected. Only MP4 files can be transferred wirelessly. Timecode is not included in MP4 files. Uploading to web servers/sites must be done via separate applications installed on the smartphone or tablet computer.
*5-When the MP4 recording is activated, Simul mode and Relay mode are not available.
*6- An external microphone connected via the XLR connector may cast a shadow if used simultaneously with the built-in LED video light. 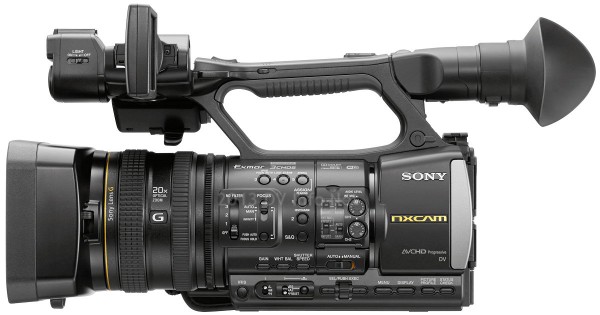 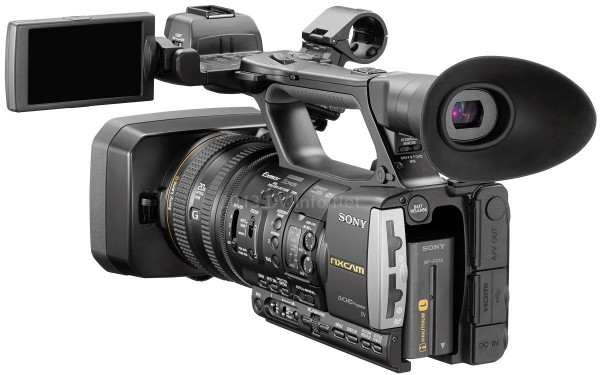