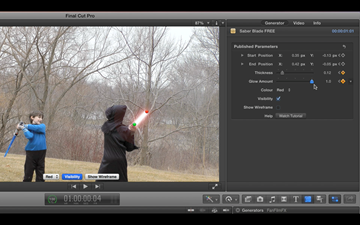 The first round of FanFilmFX VFX plugins includes: 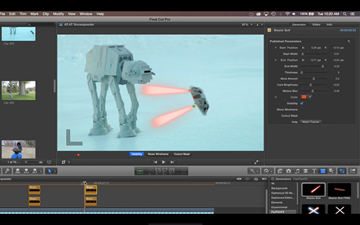 Future FanFilmFX Plugins
Currently in development and due out in early 2016 are a second wave of Star Wars-inspired plugins from FanFilmFX featuring effects such as Space Visor, Holo Projection, Ghost Master, Starfield, Hyperspeed, Opening Scroll and End Credits. FanFilmFX is also developing additional VFX plugins that emulate other iconic films like Star Trek©, The Matrix©, Predator©, Back to the Future©, Ghostbusters©, James Bond© and Harry Potter©. Special effects fans can look forward to the prospect of imitating their favorite effects from these franchises in the near future. 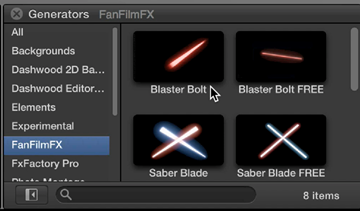 Pricing and Host Support
Each FanFilmFX plugin offers a trial version and a feature-limited free version. Full-featured FanFilmFX plugins retail at $19.00 USD each. All plugins require a Macintosh computer running OS X 10.10 or newer with an AMD, NVIDIA or Intel HD graphics card and at least 512MB of VRAM.

Founded in 2009 by Timothy Dashwood, Dashwood Cinema Solutions has established itself as the leader in 3D post-production with the introduction of their flagship product, Stereo3D Toolbox, in 2009, and then again with the release of Stereo3D CAT in 2011, an on-set stereoscopic 3D calibration, planning and monitoring application. The acclaimed cinematic studio won the Viddy Award at NAB 2011 and the prestigious 3D Technology award in 2013 from the Advanced Imaging Society (formerly known as the International 3D Society.) Dashwood recently released 360VR Toolbox for cinematic virtual reality post-production.

Dashwood Cinema Solutions and FanFilmFX are trademarks of 11 Motion Pictures Limited. All other products and trademarks mentioned herein belong to their respective owners.