Recently:
You are at:Home»News»The Faster Together Stage Comes to the Rio April 9th

In conjunction with Michael Horton, LumaForge will be creating a brand new version of The Faster Together Stage. The event will focus on the community and their passion for filmmaking.

LumaForge has hosted The Faster Together Stage for the last two years at NAB. It was their initiative to bring the post production community together through presentations from some of the top editors, colorists and VFX artists in the industry. From The Stage, they have produced 55 presentations, made free for the public online.

On January 3, Michael Horton and Dan Berube announced that they would no longer be producing the SuperMeet at NAB Show. As long time attendees, the team at LumaForge personally felt the void the SuperMeet was leaving in the communal experience at NAB. So they decided to jump in and bring The Faster Together Stage to the Rio on Tuesday, April 9. In conjunction with Michael Horton, LumaForge will be creating a brand new version of The Faster Together Stage for one night. The event will focus on the community and their passion for filmmaking. 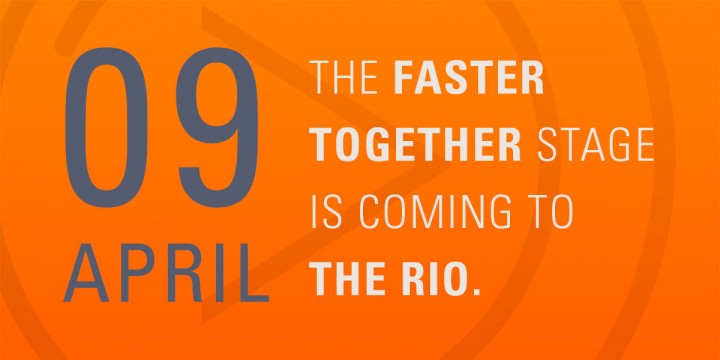 “Dan and I, after 18 years, decided not to do a SuperMeet this year. When LumaForge offered to host a Tuesday night event after hearing the news, I jumped at the chance to partner with them. Their promise to bring new vigor, energy and fun to the age old Tuesday night at NAB brings renewed life to my involvement as well. I can’t wait to have you all be a part of what we’re building.”

“It’s going to be amazing. And oh yeah, there will be a raffle!” — Michael Horton

Visit FasterTogether.com for the initial line up and event details on February 12. Let the countdown begin!