At NAB 2015, Panasonic gave private demos for members of the Cinematography Mailing List, discussing the Varicam 35 and the AG-DVX200. Here, reproduced with permission, are some of the slides from those demos. Some corners are cropped and the perspective is a bit odd because I was seated well off to the side; I distorted these pix back to some semblance of normality, but they aren’t perfect. Click any image for a 1200-pixel-wide version. 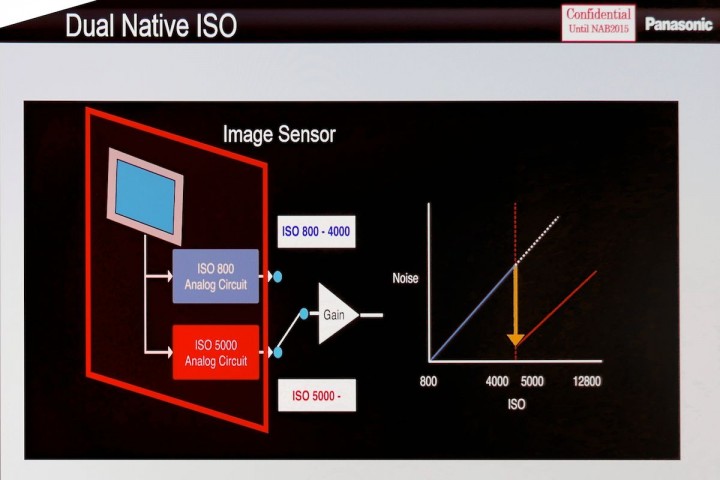 Dual Native ISOs on the Varicam 35

The Varicam 35 has two analog readout circuits on the sensor, one optimized for a native 5000 EI readout. At 5000 the Varicam is only slightly noisier than at ISO 800, such that Panasonic recommends shooting at 5000 with NDs instead of boosting the ISO 800 gain a stop or two! It works; I saw demos at the Tech Retreat of live ISO 5000 images, shot in near-darkness, with exceedingly low noise.

The main noise contribution in this setting isn’t dark-current or fixed-pattern noise, but “shot noise” from individual photons striking each photosite. 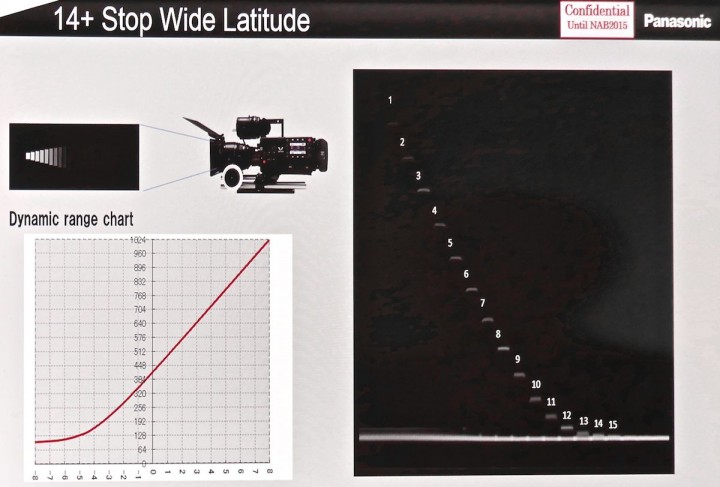 Geoff Boyle looked at this slide and fulminated that the Xyla makes it too easy to see stops that, in real-world shooting, are too far down in the noise to be usable. He has a point, but different people have different noise tolerances. I’ll simply invoke Art Adams’ distinction between “paycheck stops” and “gravy stops”—paycheck stops are the stops you need to capture to get paid; anything beyond that is gravy! 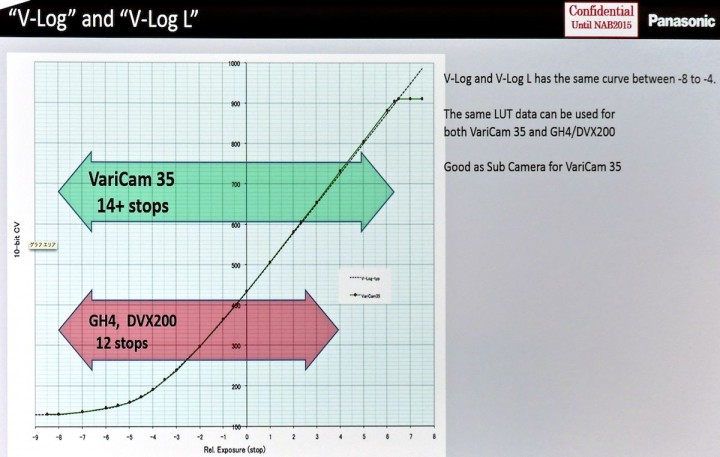 The log curves for the Varicam, the DVX200, and the GH4 (the latter coming in a firmware update later this year) are exactly the same over their common ranges. The DVX200 and GH4 will simply clip two stops earlier than the Varicam, but that’s still about two stops more than the GH4 currently captures. 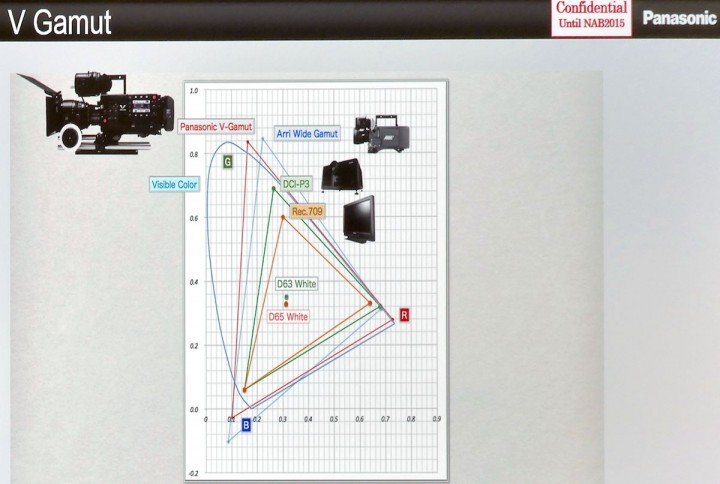 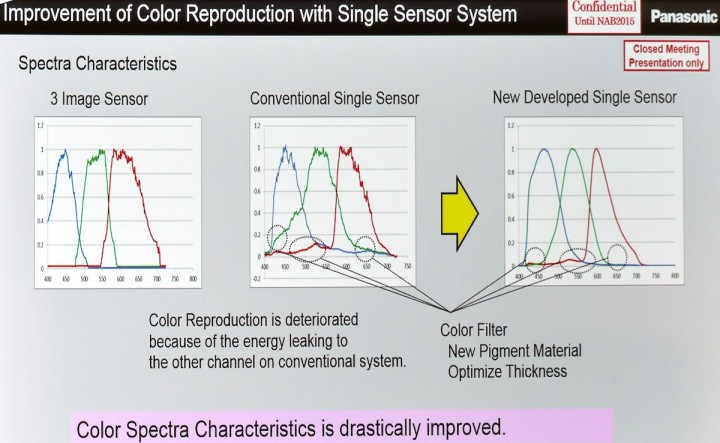 When Art Adams rabbits on about color purity in prism cameras vs. single-sensor cameras, this is what he’s talking about. Panasonic’s new pigments minimize this crosstalk, giving a more 3-chip-like color discrimination. 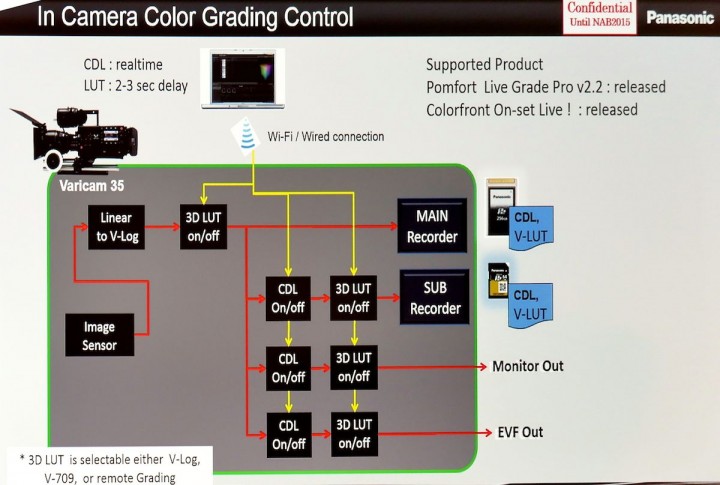 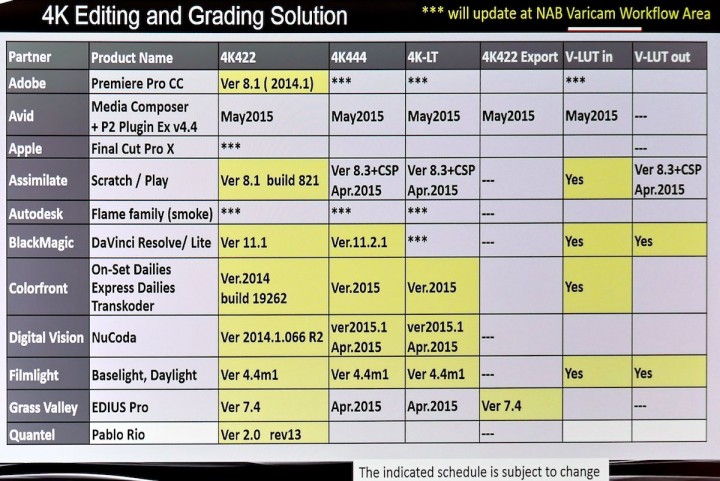 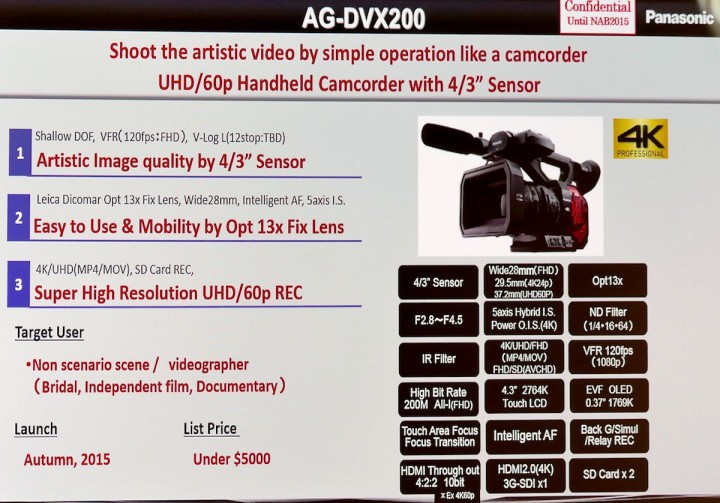 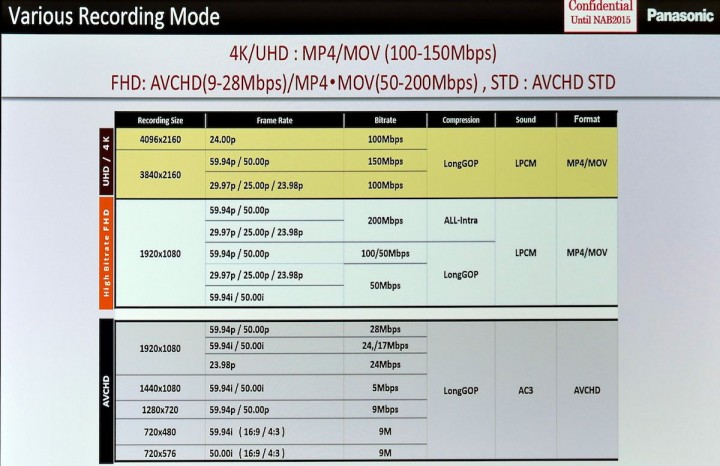 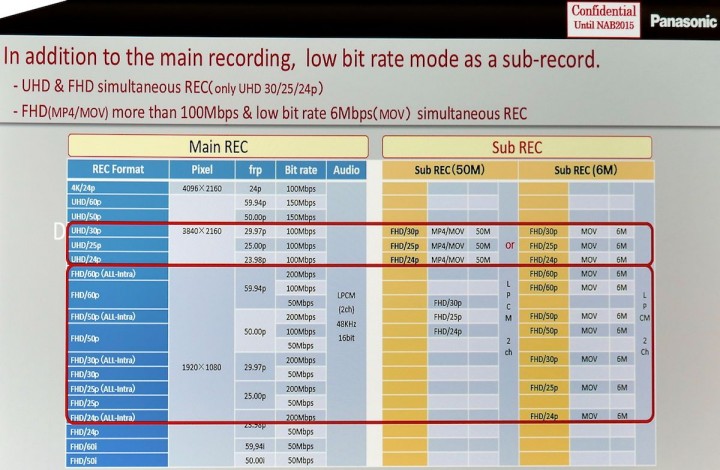 Disclosure: I attended the Panasonic meeting as a member of CML, and was granted permission to reproduce these slides (and yes, I was wearing my “press” badge). Aside from that, there is no material connection between me and Panasonic (though I own two GH4s and way too many Lumix lenses).