Just a few bits ‘n’ pieces I saw at NAB, in between working a booth and running to meetings… 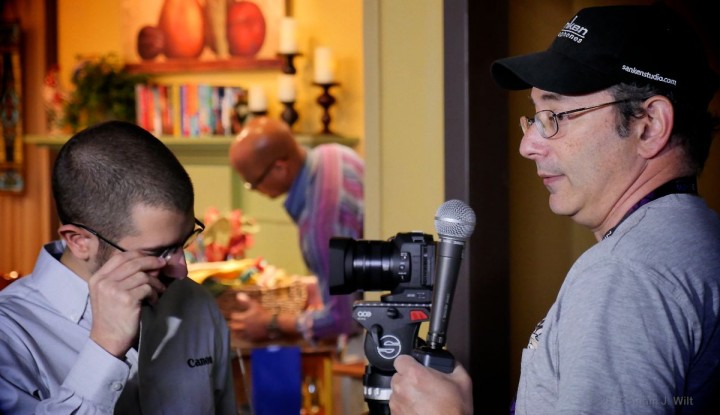 This is as close as I ever got to this Canon XC10, an oddball little camera that drew crowds in inverse proportion to its size. It’s a $2500 1″ 4K camera that also shoots stills. It has a fixed 10x f/2.8-f/5.6 zoom. It looks like a squished-down C100 minus its EVF (instead, a clip-on loupe converts the flip-up LCD to a viewfinder.

Its 1″ sensor puts it midway between broadcast 2/3″ and micro four thirds cams like the GH4. To handycam and broadcast shooters, it’s a large sensor; to the cine-cam crowd it’s a small sensor. The lens has optical stabilization, and if you’re shooting HD instead of 4K there’s digital stabilization as well. With its orientable, full-control handgrip (like the C100 and C300) it looks like a medium-format still camera. 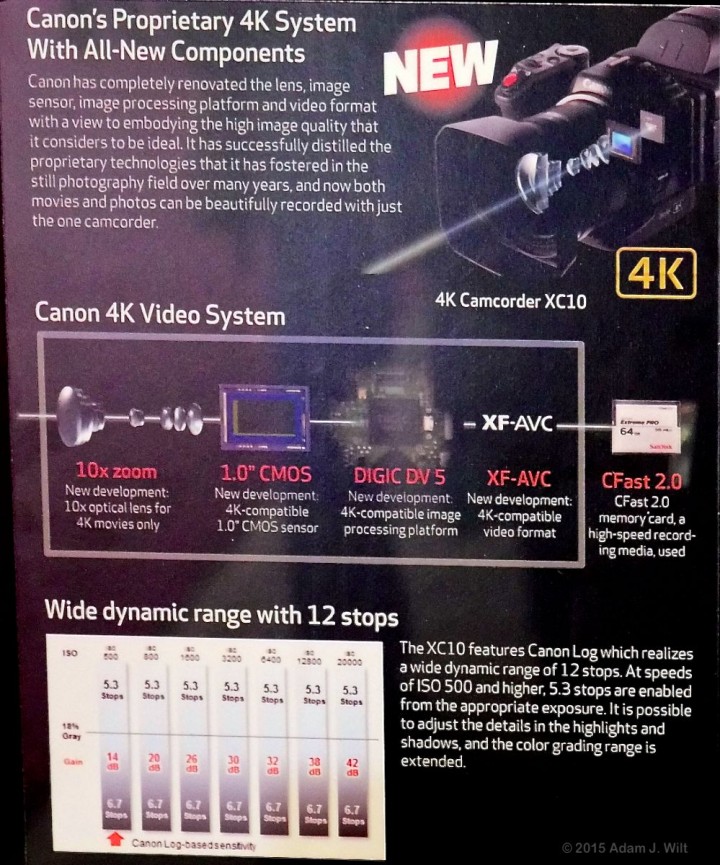 DPReview has an interview with Canon’s Chuck Westfall about the XC10 that sheds some light on Canon’s thinking. 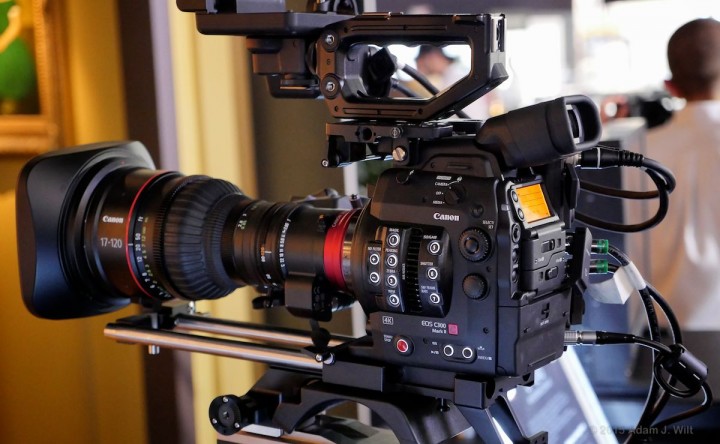 The C300 Mk II was Canon’s other big news. The Mark Two shoots 4K, has a raw output, and illuminated buttons. Sadly the rear LCD is just as angle-dependent as before; its readouts disappear if you move below its level. 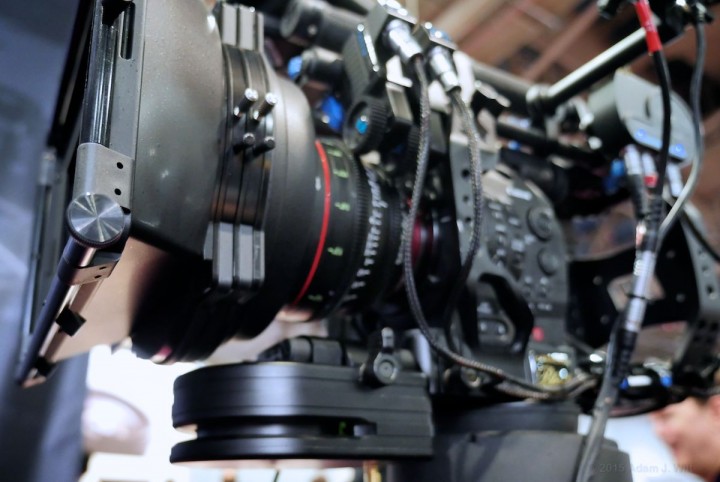 Redrock Micro showed off “Halo”, a LIDAR-based autofocus system (which, ironically, I could have used to focus on the actual LIDAR module—that rounded bit under the lens—instead of focusing on the near corner of the matte box!). 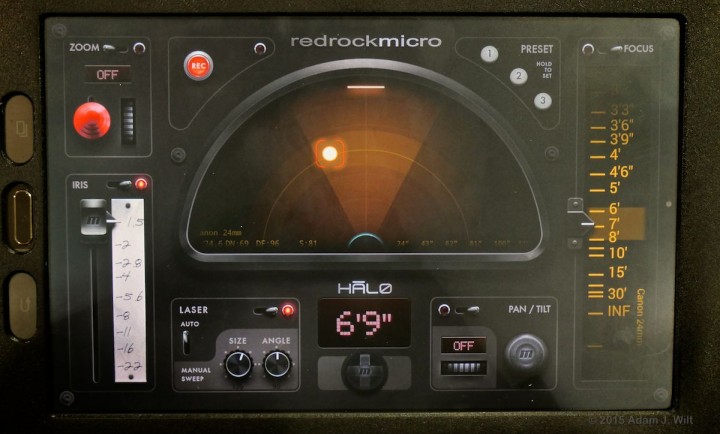 The Halo UI runs on an Android tablet: tap a target to auto-track it; manually drag the focal point to momentarily change it. The interface is a little too steampunk for my tastes, but between that and the flat featurelessness of Android 5.0’s “material design” metaphor, I’ll take steampunk any day.

Halo is under development; Redrock says it may ship late this year for a price under $5000. 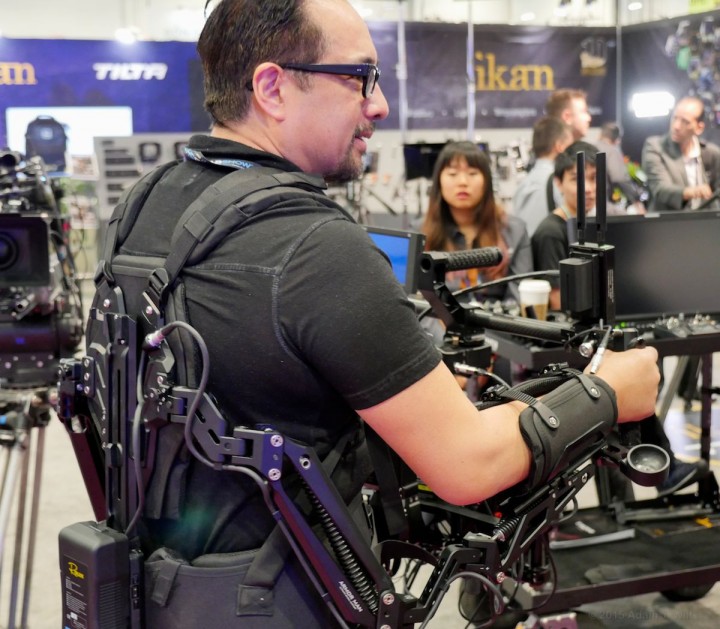 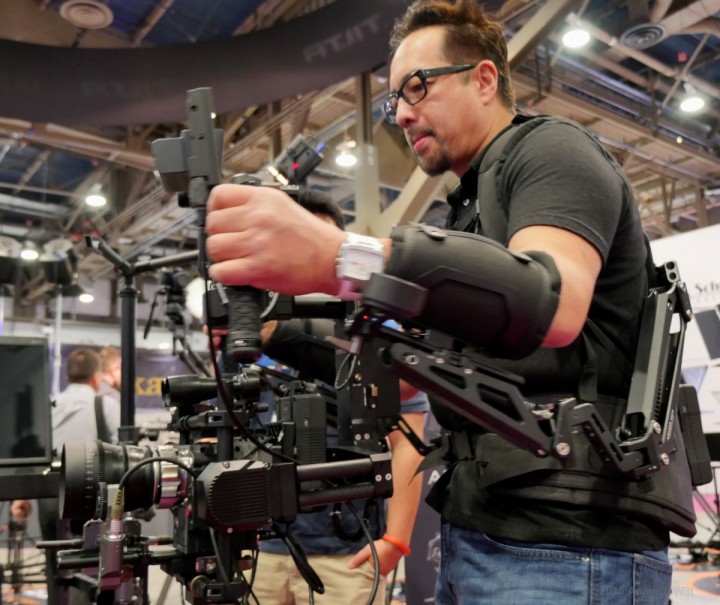 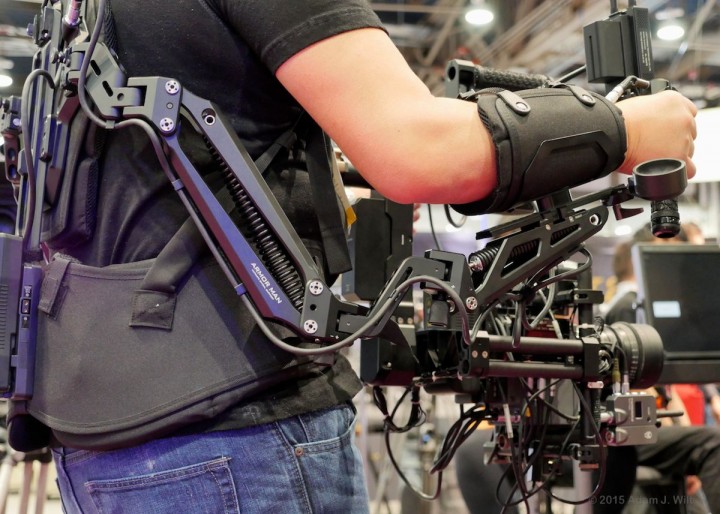 This is Tilta’s Armor Man Ultimate Gimbal Support, the Starship Troopers-style exoskeleton for arm-weary, gimbal-toting warriors (OK, I made that last part up). “Coming soon” for $2400. Gimbal and camera not included. 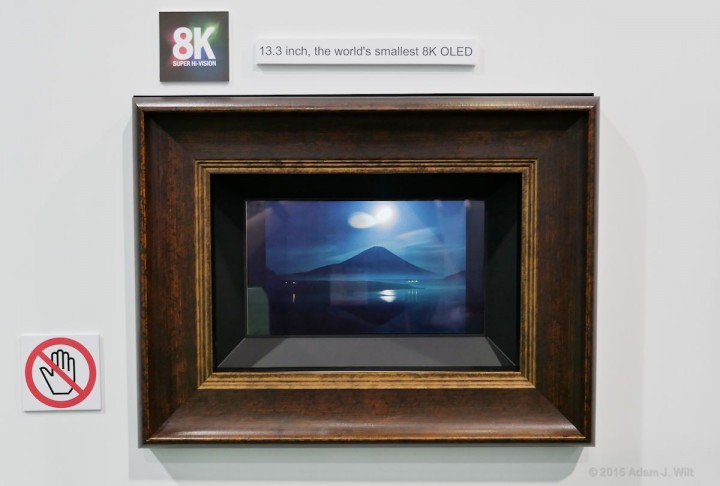 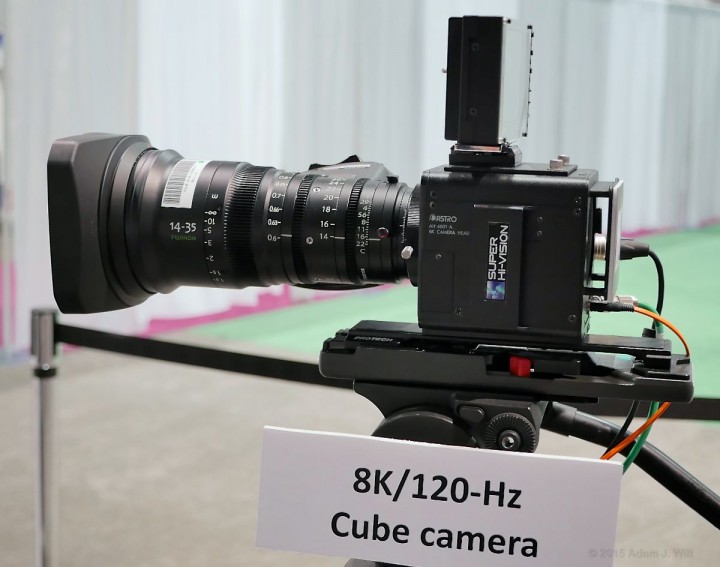 But the cameras are getting smaller, too: Astrodesign’s 4320/120P cube camera isn’t much larger than a 2160P camera block would be. Note the PL-mount Super35-format Cabrio zoom; all the 4320P cameras shown are large-single-sensor cams, what with it being somewhat challenging to squeeze 33 Megapixels onto 2/3″ chips at present. 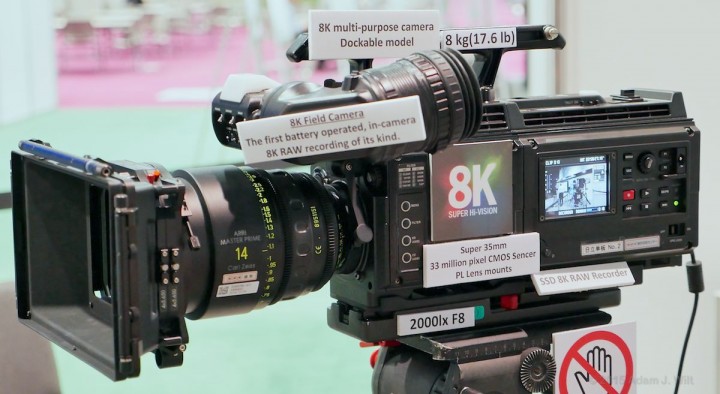 And here’s a 4320P camcorder. Observe, that’s a prime lens, not a zoom! 2000 lux @ f/8 isn’t too shabby; a result of having a Super35mm-sized sensor for those 33 million photosites. It records raw footage; I don’t know if it’s compressed or not. 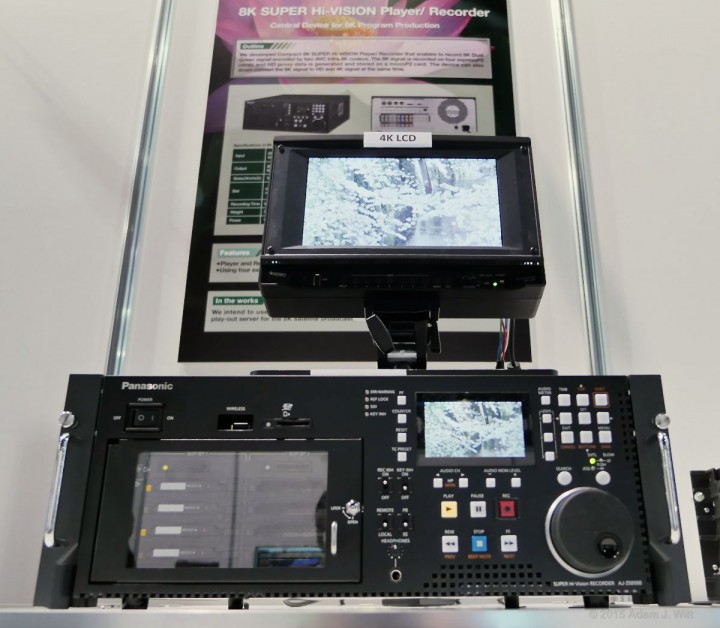 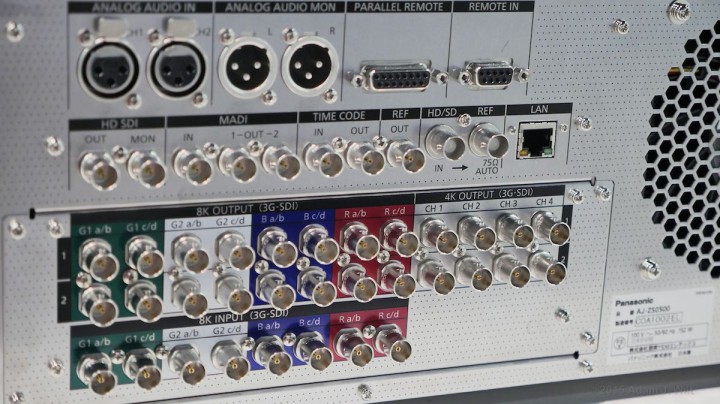 Leaving Las Vegas: this googie-style McDonalds at the intersection of Sahara and Paradise still features “Speedee”, the mascot from 1953–1960.

40 miles southwest of Vegas, just over the state line in Nipton CA, is the Ivanpah Solar Electric Generating System: a massive solar-thermal power plant that’s been up and running less than two years. Huge heliostats focus sunlight on black towers—yes, they’re black, but you can’t tell that when the sunlight’s turned on. No, that’s not just my camera clipping the highlights: that what it looks like to the eye, only in HDR (thus even brighter, and painful to stare at).