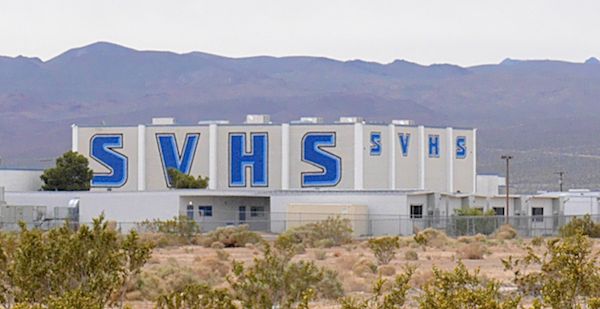 Tonight we’re gonna party like it’s… 1987? These iconic letters, seen on the journey to the show, are also the initials of the The Silver Valley High School in Yermo, CA, about 130 miles southwest of Las Vegas. (Apologies to the artist formerly known as Prince, and the tape format creator formerly known as JVC.)

Sony’s Gary Mandle, Maestro of Monitors, gives an interview to a roaming Sony Steadicam, during booth setup on Saturday afternoon: 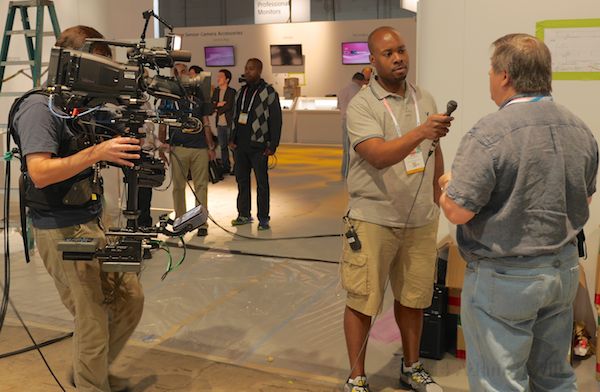 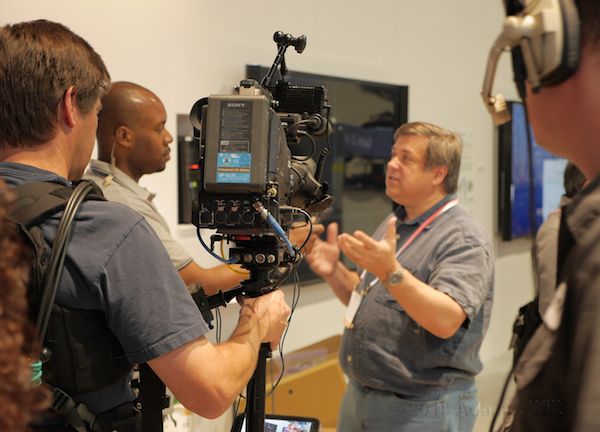 Serious Steadicam work: this guy and his cable minders were really good.

And this is what the show floor looks like, about 44 hours before showtime: 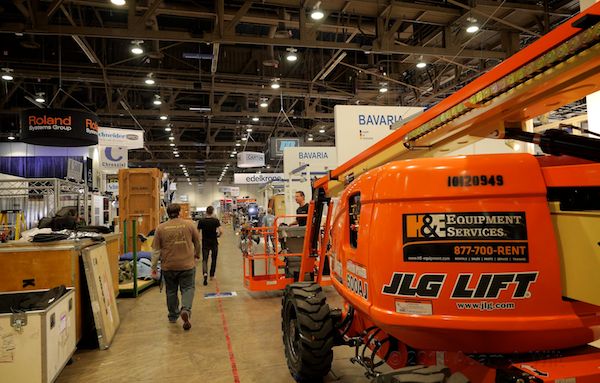 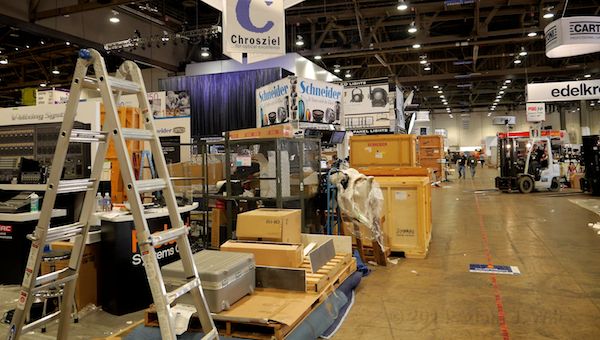 I’m working for DSC Labs, helping set up and strike and serving as a demo dog each afternoon (booth C10215: if you’re in the neighborhood, come see some cool and useful test charts, a Sony F55 with version 4 firmware – just installed – feeding a BVM-E250 OLED monitor [sweet!], and a preview of my Cine Meter II app).

The primary tool in the DSC Labs toolkit is a Leatherman multi-function tool. It’s called “multi-function” because it offers so many ways to pinch fingers and nip at your flesh when unfolding and folding it. And “Leatherman” is an apt description of the sort of fellow who could survive such pinching and nipping with equanimity. That fellow, alas, is not me: ouch!

Disclosure: DSC Labs is covering my expenses and paying me a small stipend to work for them at NAB; aside from that, I’ve been a DSC Labs customer for years. Sony’s Gary Mandle lent us the BVM-E250 monitor; the F55 on the booth is the loaner that Sony sent to me and Art Adams a while back. However, none of DSC Labs, Sony, JVC, and the Silver Valley High School offered me any compensation or other blandishments for this writeup.