In previous seasons, the league would hire an OB production truck with a large crew, an expensive process that limited its ability to provide extensive coverage of the tournament. Last year, WTT decided to establish an in-house media production and distribution capability that would allow every match of the season to be broadcast live on digital and linear TV platforms. 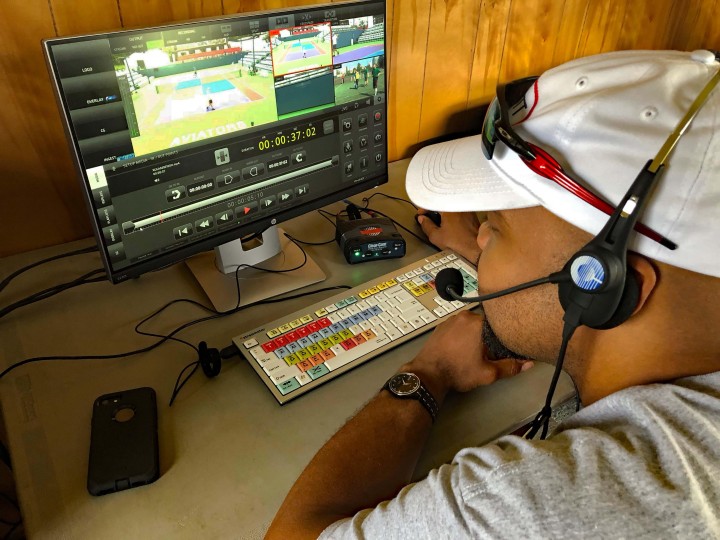 Once the project was approved, the league hired Pittsburgh-based TDS Media, which had only 50 days before the first match to design, order, build, and deliver the systems – plus provide training for the production crews.

Doug Sicchitano, principal of TDS Media, chose the 4000S because it was an economical tool that allowed one operator to switch as well as handle replays and commercial video playback. “This was the best solution out there for what we wanted to achieve,” he said. “The user interface feels like a smart phone app. It’s a highly intuitive layout that I can teach anybody in of a couple of hours to use and use well.”

All matches were streamed on WTT.tv and syndicated to YouTube, Facebook, Twitter, and Twitch. Plus, select matches were provided to regional sports networks on tape delay. With the addition of new teams in Orlando and Las Vegas, the number of matches to be produced using the flypacks will increase to close to 40 of the 59 in the 2019 season.

“We are excited to continue working with JVC Professional Video in 2019 to deliver WTT action to our fans around the world,” said Carlos Silva, CEO of World TeamTennis. “The flypack system enables us to produce a high-quality live match broadcast at a very attractive price point.”

With the WTT’s new flypacks, a three-camera production is handled by a six-person crew plus two commentators. In the control room, the director switches the show and handles replays, while the producer handles audio and graphics. There are also three camera operators and a utility crew member. 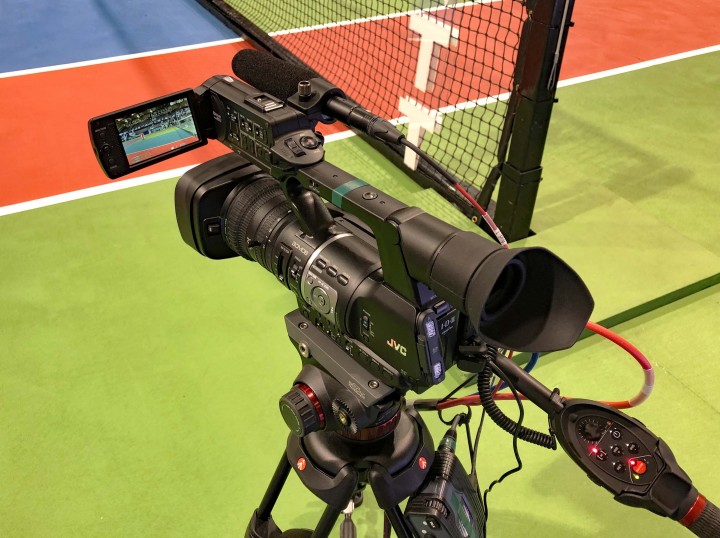 Directors generally use the 4000S color-coded illuminated keyboard to switch and create replays, as well as the touchscreen for playback and replays. Although the 4000S includes a built-in audio mixer and CG, Sicchitano included a Behringer mixer that feeds analog directly into the 4000S via USB and a separate graphics laptop with NewBlueFX Titler Live 3 for the producer. Programs are recorded to a Blackmagic Design HyperDeck Studio Mini and streamed using a Teradek VidiU Pro, with the 4000S serving as a backup for both.

A typical three-camera setup includes one high game camera and two low cameras positioned on each side of the net for player ISO and bench shots. The fourth input of the 4000S is used for Hawk-Eye SMART Replay technology, which the WTT uses to help officials with close line calls and provide graphics and data to the live production. WTT includes limited commercial breaks during its coverage, which are stored, organized into separate playlists, and played through the 4000S.

Sicchitano praised the GY-HM620 because of its integrated Fujinon 23x zoom lens with manual zoom, focus, and iris control rings. “There are not a lot of camcorders out there with a 23x zoom lens, so that checks a huge box for us,” Sicchitano said. “JVC’s color profiles have always been very rich with bright colors. Then you factor in the price point, and it was a no-brainer to choose it.”

Headquartered in Wayne, New Jersey, JVC Professional Video is a division of JVCKENWOOD USA Corporation, a wholly-owned subsidiary of JVCKENWOOD Corporation. The company is a leading manufacturer and distributor of broadcast and professional video equipment, as well as D-ILA front projection systems. For more information, visit JVC’s website at http://pro.jvc.com or call (800) 582‑5825.