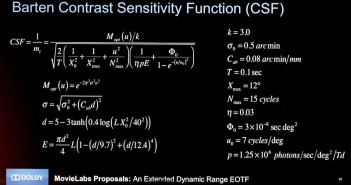 The HPA Tech Retreat is an annual gathering where film and TV industry folks discuss all manner of technical and business issues. It’s the sort of conference where the chap next to you is cutting shows on his MacBook Air;… 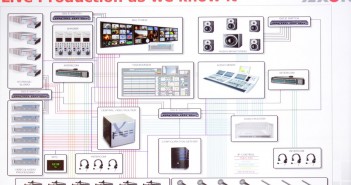 The HPA Tech Retreat is an annual gathering where film and TV industry folks discuss all manner of technical and business issues. I’m taking notes during the sessions and posting them; it’s a very limited transcription of what’s going on,… 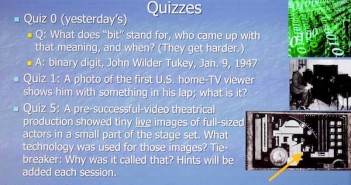 The HPA Tech Retreat is an annual gathering where film and TV industry folks discuss all manner of technical and business issues. It’s the sort of conference where the chap next to you spends his time editing a six-camera show… 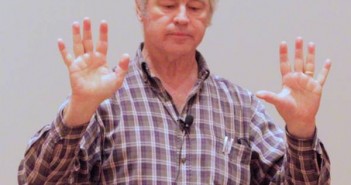 The HPA Tech Retreat is an annual gathering in the desert east of Los Angeles (in a posh resort, mind you; it’s not like we’re out sitting in the hot sun among the Joshua trees) where film and TV industry…

New OLED monitors are able to display most of the DCI P3 color space, something that was previously impossible to do without a digital projector and a very dark room. Some are saying that on-set monitoring in P3 is a…

Being detail oriented is a great thing. Obsessing over the wrong detail costs a production in both time, money and storytelling. Years ago I shot a scene where a character walks down a hallway into a sunlit room. There was…

September 12, 2013 Art Adams Know Your WaveForm! RGB vs. Luma in the Field

Proper exposure in HD is not always easy. Meter readings don’t always match what the camera sees. Zebras tell us where highlights are clipped but that’s about it. False color gives us broad stroke references… but the most useful tool overall is the waveform monitor. The problem is that there are two kinds: both are extremely useful, but for completely different things.

One of the dirty little secrets of the film industry is that, historically, no one has made a truly neutral ND filter. In theory ND filters cut all visible light equally, but the sad reality is that they all shift color a bit. Some go a bit cool, some turn magenta… they all tend to shift in one direction or another depending on the brand. A company by the name of Mitomo claims to have made a perfectly neutral ND filter that also cuts IR on every camera made. This is a spectacular claim and I was naturally skeptical when I first heard of this product. There’s only way to find out if this is true, so read on… 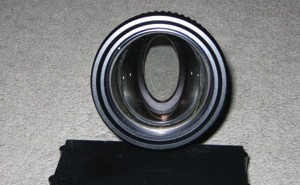 Focus is a huge issue in anamorphic, and everyone on the camera crew has to wrap their heads around which focal length lens does what. For example, in spherical cinematography a 50mm lens delivers a “normal” perspective, but in anamorphic the closest to this is the 80mm. The reason for this is that each anamorphic lens is really two lenses in one: it’s 80mm tall but 40mm wide, for a 2:1 squeeze. A spherical 40mm lens isn’t all that long and focus isn’t that big a deal in the horizontal axis, but the addition of an 80mm lens to the vertical axis cuts depth of field in half. A 40mm spherical lens has reasonable depth of field, but add an 80mm lens into that mix and suddenly you have to pay a LOT of attention just to make sure medium shots are in focus. 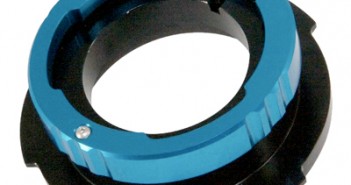 Over the past few years, many companies have brought to market lens mount adapters. Some of these adapters are simply machined rings that allow for one type of lens’ flanges to fit onto another manufacturer’s camera body. Most of these…