Meryem's work has appeared on NOVA, Comcast Entertainment Channel, Versus, and Lifetime. She has worked on major commercial shoots for companies such as Audi/Ducati, Conoco, and Wendy's. She has also shot footage for major nature and wildlife documentaries, including Lion Ark and Ice Age Death Trap. She is a partner in BlackWing ASL, offering specialty camera rigging to all air, sea, and land transports. The centerpiece of her business is a 10 ft. Motocrane mounted to a Porsche Cayenne Turbo. 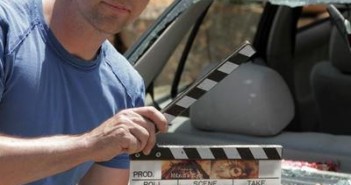 Our networked world is strange. When you lose a good friend half a world away, you don’t always get to know about it… Thinking about Mat Thompson. For three years, he and Kevin Railsback and I built and ran the… 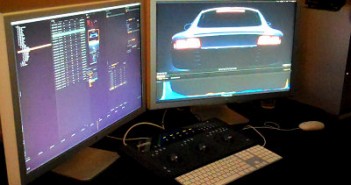 Ergonomically, the new EPIC body weighs in at 5 lbs. The prototypes were lightly rigged with LCD, new REDVOLT battery grips, REDMOTE, and CF modules, to show how adaptable the camera is for a range of fast environments. The lightly rigged EPIC looks like a DSLR on steroids. Jim handed the EPIC across the cocktail table to my new RED-using pal Eythan from Atlanta, saying “You want to hold this, don’t you?” and he later told me excitedly that “it was as easy as holding any camcorder.” RED is currently planning Nikon and Canon EF mounts for EPIC, and with these lighter lenses, the camera will have built an excellent documentary and event camera. You can easily build the camera, including in-camera audio inputs, for around 8 or 9 lbs., depending on the lens.