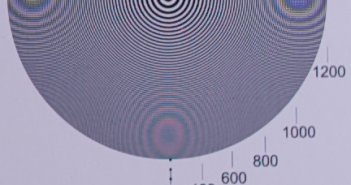 Originally posted on Dashwood Cinema SolutionsI was very excited last week to hear that Convergent Design had finally released the highly-anticipated firmware update for the Odyssey7Q that added ProRes422 and 4K RAW recording.  I’ve been a proud owner of the… 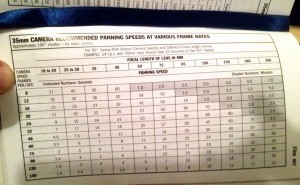 December 18, 2012 Tim Dashwood Everything you ever wanted to know about HFR and The Hobbit

This article was originally published on Tim Dashwood’s blog and is reprinted here with his kind permission. The Hobbit has finally been released in 2D and 3D at the traditional 24 frames per second (fps) as well as 3D High…

Tim Dashwood, pictured here with a vintage 1950’s Kodak stereo film camera in Times Square, delivers an overview of today’s affordable 3D video production camcorders. Tim: “It amazes me how far consumer technology can evolve in just a two year period. In 2010 Panasonic officially announced the AG-3DA1 stereoscopic 3D camcorder, the first of its kind. I was fortunate enough to gain early access to the prototype and use it in a few productions. Its stereoscopic use was of course limited by its interaxial separation and zoom range, but it was the first time a stereoscopic camera operator didn’t have to worry about geometric or colorimetric alignment on set. In early 2011 the consumer divisions of Sony and JVC quickly released inexpensive handheld stereoscopic 3D camcorders the HDR-TD10 and GS-TD1, respectively.” You’ll want to dive right in and read the rest of his review.

This article was Originally published in FCPUG Supermag #4 (April 2010) and on Dashwood3D.com Updated and Revised September 2011.  All images ©Tim Dashwood unless otherwise specified. 3D is back in style again and it seems like everyone, from Hollywood producers to…

The day before the JVC booth opened to the public I was granted a few hours of access to both a release version of the GY-HM100 and the GY-HM700 with the Canon KT14x4.4B KRS zoom lens.   The Canon 14×4.4 zoom…

This year’s NAB conference in Las Vegas showcased the art of stereoscopic 3D (aka S3D) in a big way.  Attendees were treated to expositions of the tools required for S3D production, post-production and distribution.  There were still the usual tech…

This year I observed most of the NAB show from a fixed position at the JVC booth. I had been asked by JVC to answer questions and demonstrate the new GY-HM700 cameras in 24P cinema configurations.  A Final Cut Pro… 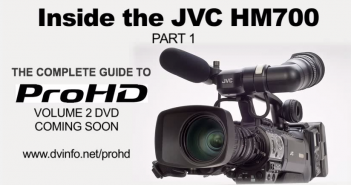 JVC Professional Products has finally unveiled the highly anticipated GY-HM700, its first shoulder-mounted solid-state ProHD camcorder and “big brother” to the recently announced GY-HM100. This camcorder represents a first in the professional video industry by combining technology from JVC, Sony…